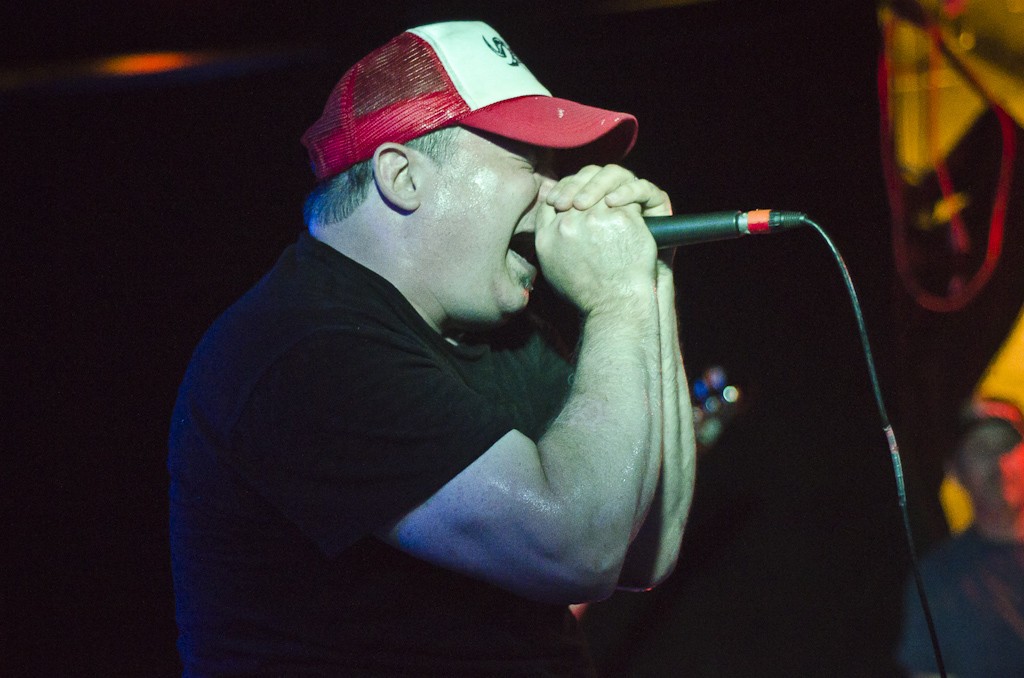 Sean Garrison with I Have a Knife.

There was a game there, or something like a game, and the players seemed to have an instinctive and natural understanding of it. Above all, there was no Gate. There were no leaders, only those brave enough to get up there and face the possible disapproval.

I was there because I could not find any responsible and adult direction for my life, since I feared, loathed and despised anyone more normal than myself. In other days, I would have robbed banks or perhaps gone into Vaudeville.

When I picked up a glass, I usually dropped it.

If I walked out my door at 2 a.m. and wandered the streets and alleys, within a half-hour I would be recognized by a group of kids, and they would stop. Then, I’d squeeze into the back seat and command that we go to Dizzy Whizz, where I watched them eat french fries while I would babble about early Delta blues singers and obscure Japanese duelists. They would tell me about their parents and their teachers and their pets and their plans— it was a hell of a Paris.

Stan Baker and I would hang flyers for hours and hours, walking for countless miles; Jolt Cola and Lemonheads fueling a strange, guilt-free monastic happiness. We lived in a town that existed within a city that existed within a state that was against everything we liked and everything we stood for. I liked being surrounded by enemies, because it justified my unquenchable desire to do battle with squares and troll people too stupid to see how myopic and boring their lives were. I didn’t feel a bit of mercy. None.

My goal —and I only had one goal— was to make being stuck in this town something those kids would regret just a little less when they looked back. I had no hope for my own future whatsoever, but those kids we played to? I believed. I was a believer. It was like having 1,500 little brothers and sisters, and I loved them all. Still do. •

Sean Garrison is an artist, musician and local legend. He’s been a member of several local punk and hardcore bands, including Maurice, Kinghorse and I Have a Knife.