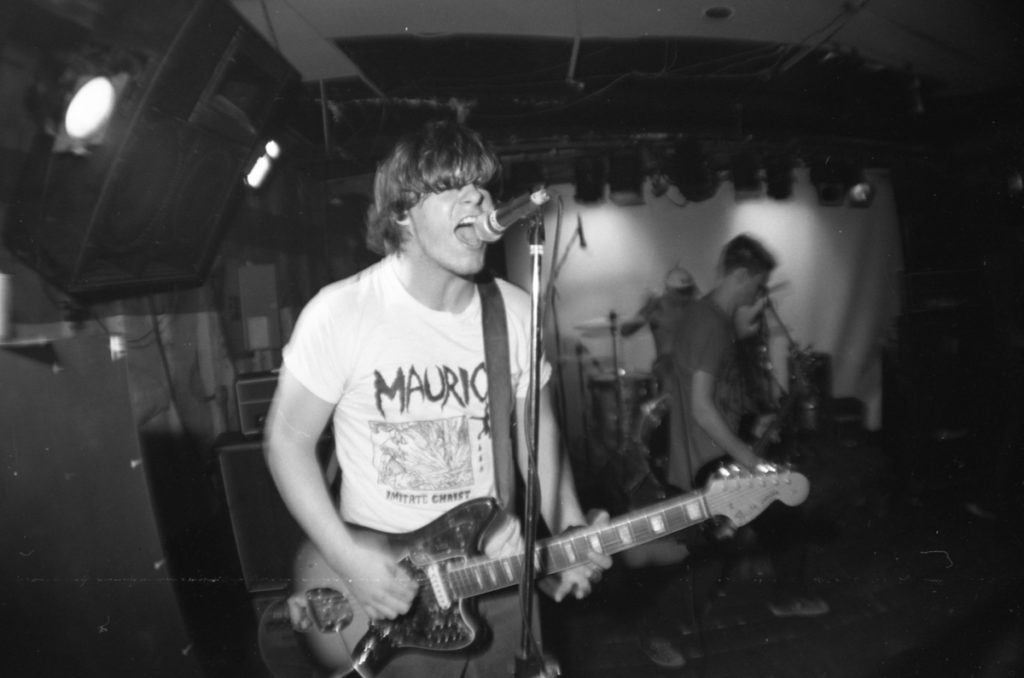 In many ways, the Louisville of 30 years ago was much the same. A new generation had taken the reins of the city’s burgeoning punk and indie scene, carrying the torch during one of the most electric eras of artistic expression. Still, technology hadn’t developed to the point it has now, meaning that documenting the moment was a deliberate and for some, critical activity.

“There was a strong desire for the need to contribute, I think that’s why I started bringing a camera to shows,” said Chris Higdon of Falling Forward, Elliott, and Frontier(s).

A senior in high school, Higdon gravitated to venues like Audubon Skate Park, the Zodiac club and CD Graffiti’s, particularly drawn to hardcore acts like Endpoint. At the same time, guitarist Tim Furnish of Parlour was performing and touring with his band Crain. Furnish lived at the Rocket House, a punk commune in Old Louisville. Like Higdon, Furnish used his camera work to document the local scene, focusing more on the Louisville acts than anything else.

“Back then was the days of film. So you had 24 shots or 36 shots that you want to conserve or blow off,” said Furnish, adding, “And usually I try to be as conservative as possible with my film.”

Furnish and Higdon had to make every click of the camera work, given their limited amount of shots. That meant getting in close, or finding places on, or behind, the stage to capture the moment, all without risking their cameras.

Dodging dancing and stage dives, Higdon admits that when, “just starting, it was just ‘get the band in the frame and hope it’s in focus.’”

Fortunately, both Higdon and Furnish had access to dark rooms, which made their work easier. By relying on their connections, they were able to process their film for free, which is important since money was tight. While Higdon was just getting started with Falling Forward, Furnish tried to conserve his income for the costs that come with playing music. In 1991, that included touring, the release of the Monkeywrench 7-inch, the first full Crain release. Later that year, the band recorded their seminal release Speed with Steve Albini, which was released in 1992.

With resources low, Higdon and Furnish alike developed a DIY mentality that has in many ways continued today. For Higdon, that meant learning how to create zines, take pictures and anything else that complements being a punk on a budget. Still, the work was important and has had a long-lasting impact on both.

Furnish said, “It impacted my work in a way where I knew music was important to me, and one, I have to do everything I can to keep doing it. I was ingrained with that sense of it being essential, playing.”

Both Furnish and Higdon have continued to hone their talents, working both professionally and freelance as photographers and designers well into their careers. Higdon admits that his time as a documentarian and musician taught him that, “It’s OK to ask for help sometimes.”