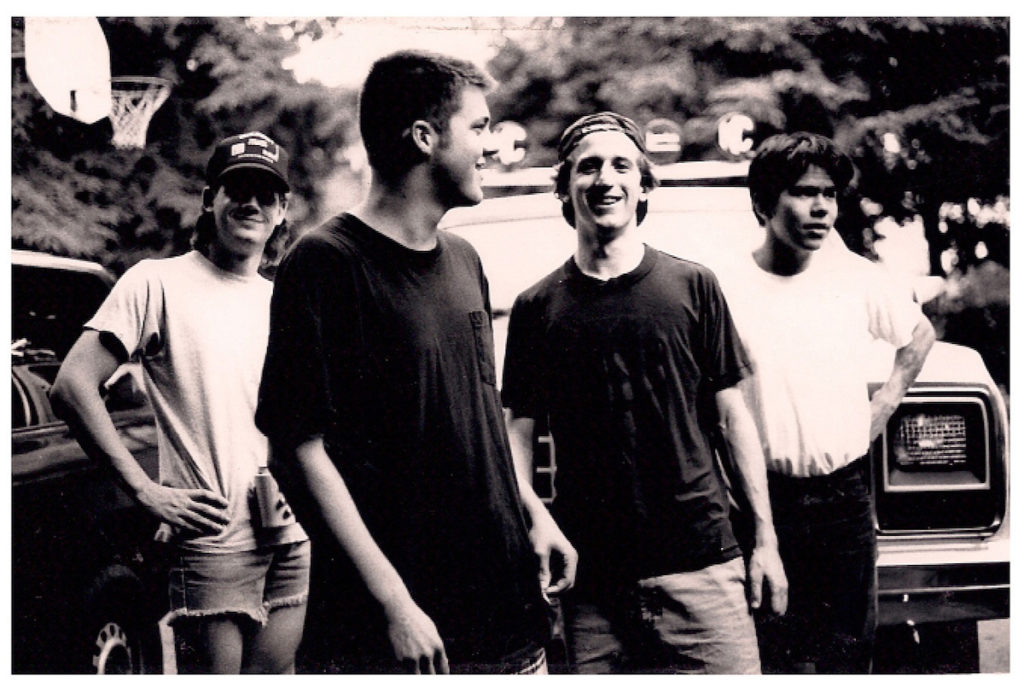 Nevermind that 1991 experienced Nirvana’s sophomore LP, which launched grunge (and ultimately punk) into the mainstream and that Metallica would release an album our parents would listen to. We didn’t need any of that. We had our own music scene in 1991 that brought us Slint’s Spiderland, Endpoint’s In a Time of Hate, Kinghorse’s eponymous album, Oblong Box’s Pull My Finger, Crain’s Rocket, and Bush League’s Fetor.

Clubs like Tewligans, The Zodiac club, and Uncle Pleasant’s could host a line-up of local bands including those mentioned above as well as Bodeco, Undermine, Erchint, or Sunspring and have to turn people away at the door because their maximum occupancy had been met. Green Day, 411, Endpoint and Christ on a Crutch would play at Audubon Skate Park, but people really wanted to hear Endpoint; touring bands would open for Kinghorse; and St. Francis High School would host a battle of the bands that featured Bush League, Indignant Few, Shutout and several others that  could be heard from the Brown Hotel a block away.

The Louisville underground music scene was punching its fists through the soil and making itself visible (and thunderously audible) to everyone. Of course, there were many remarkable bands before 1991, and they were instrumental in the development of the explosion that took place that year — bands such as Babylon Dance Band, The Endtables, Squirrel Bait, Maurice, Malignant Growth, Solution Unknown, Brain Dead, Spot, Cerebellum, and Big Deal.

I was asked to write not only about the music scene in 1991 but also my band’s first release, Bush League’s Fetor. Ben Jones, the owner of Better Days Records, asked me if he could release our 7-inch to kickstart his own label. It was hard to say no to the man who since the early ’80s had turned me on to Herbie Hancock, Chaka Khan and Buzzcocks.

Bush League went into Mom’s Recording Studio to record with Howie Gano, who is largely credited with the “Louisville sound.” I still don’t know exactly what that means. We recorded live, no overdubs, digital manipulation or any trickery. We recorded straight to actual tape. However, nostalgia is not always gracious. Those tapes were destroyed in a flood 10 years later.

I was working at Kinko’s and was able to print the covers on pale green cardstock that we folded in half and slipped into plastic sleeves. On the front would be a 19th century woodcut of a “bushman” dancing beside the name BUSH LEAGUE turned sideways in bold safari text. On the back would be printed the lyrics to sides A and B, “Fetor” and “Dimension Red,” respectively. The insert would include a photo of the band: Mike Borich, Buzz Minnick, Rusty Sohm and Dave Pajo, standing in Pajo’s driveway in front of Mike’s father’s Dodge Ramcharger. Chad Krauss, who served as executive producer, surprised us with a deep red vinyl as a tribute to the B-side, which Maximum Rocknroll called a roller coaster ride. I never knew whether this was a compliment or insult.

“Fetor,” the slow, tortured song became a trope among fans who would clamber toward the stage during live performances to share the mic. “Pouring into my room / Making me crawl pissing me off… Beating into me like my ol’ / Louisville Slugger baseball bat.” At six minutes and 17 seconds, it was four times longer than the standard hardcore fare.

1991 was not the beginning. And it was certainly not the end. It was burgeoning. An explosion that would in the succeeding years culminate in The Machine, a 10,000-square-foot laser tag facility in St. Matthews, that would be packed with 1,500 teenagers to hear hardcore music and make out in the many dark corners. And it would continue to grow. The next year Bush League would open for Public Enemy and tour the southeast with bands such Loppybogymi and Load.

As I write this, I am looking at my copy of the Fetor 7-inch and notice that it is slightly warped from years of neglect. And, in many ways, even though I can’t play it, it matters more after 30 years than I thought it would when it was released in 1991.

Norman “Buzz” Minnick was the lead singer of Bush League. He is the author of three collections of poetry and has edited several anthologies. He teaches literature and writing at Indiana University-Purdue University Indianapolis.