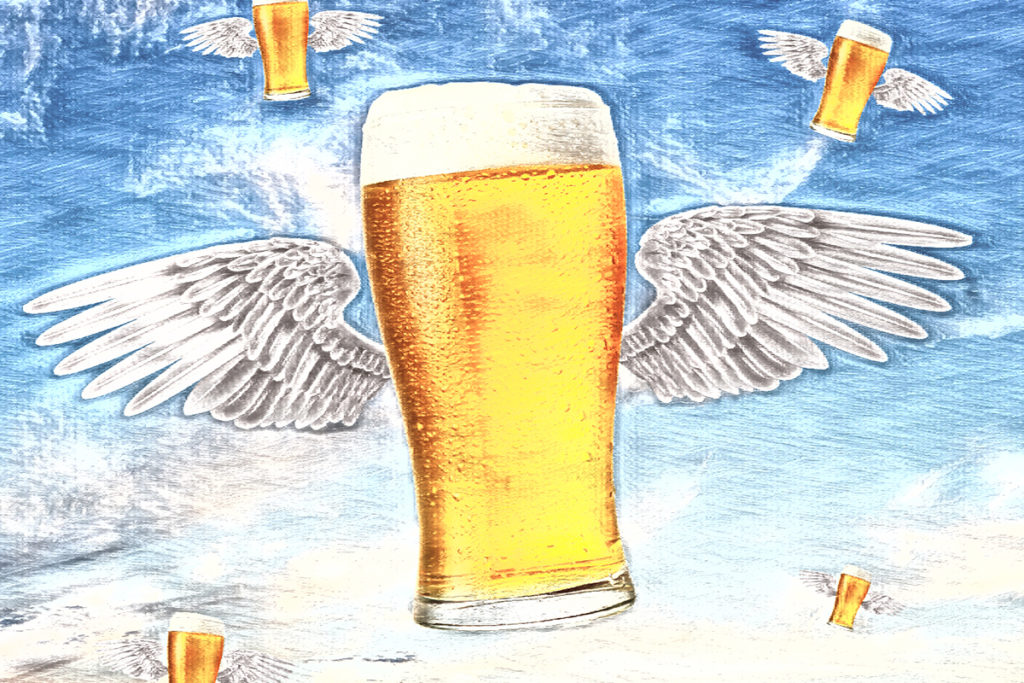 With the CDC shifting its guidelines to allow more public activities, particularly for fully vaccinated people, the Kentucky Craft Bash is just one of many returning events in 2021 that portend a return to some semblance of pre-pandemic normalcy.

But, for those involved in the brewing industry in Louisville, and around the state, it’s about more than selling beer — it’s about the ability to come together as a collective. And it’s the first beer festival in Kentucky in well over a year.

“I’ve been in this business now for 15 years,” Scott Shreffler, a co-owner of Mile Wide Beer Co., said. “I’ve done hundreds of beer festivals, and I don’t know if I’ve ever looked forward to a beer festival as much as the [2021] Craft Bash.”

Shreffler noted that the last beer festival Mile Wide participated in was  March 2020 at Tailspin Ale Fest just before the world shut down, and said, “In my adult life, I haven’t gone this long without being at a beer festival. It means a lot to do it with our brothers and sisters from Kentucky breweries. It makes it even more special.”

In that spirit, the Kentucky Guild of Brewers is celebrating the big reunion by adding a brand new feature to the event. Once the gates close at Craft Bash on June 26, a trolley will fire up to take VIP attendees on a roundabout tour of eight breweries. The bar crawl on wheels then drops riders back at the Omni Hotel, with which the guild is partnering on rooms and the trolley concept.

Of course, this won’t be the only difference from previous years’ events, as COVID protocols will be in effect. For starters, the VIP portion of the event, which is held annually at Waterfront Park, will run at just 15% of the venue’s capacity, while general admission will be at 50%.

In addition, tables will be at least six feet apart, hand sanitizer will be provided for all attendees, beer will be served in disposable (and recyclable) cups, and there will be no live music, just a DJ, among other precautions. But the mask mandate in Kentucky is set to lift June 11, and Guild Executive Director Derek Selznick describes the state’s brewing community as being “a mostly vaccinated group,” so expect a lot of hugs and reunions between people who essentially haven’t been allowed to see each other for well over a year.

That’s not to say brewers haven’t kept chugging along in the meantime — it just hasn’t been quite as personal. The duration of 2020 was largely about survival for many breweries, who in lieu of packed taprooms instead moved growlers, crowlers and kegs out the doors to keep the boilers lit. It’s impressive to also consider that four new breweries opened during the height of the pandemic’s social shutdown: Gallant Fox Brewing Co., West Sixth Nulu, Atrium Brewing and TEN20 Craft Brewery.

Opening a new business — one that relies on in-person consumers and on-site consumption — during a pandemic wasn’t an easy proposition, according to Larry Horwitz, head of brewing at TEN20, which officially opened last October.

“It was fraught,” he said. “We were excited to be able to open, but it also was about, ‘What’s COVID going to do to our business?’ We just needed to hang on until spring, really.”

One advantage, he noted, was that hiring staff during COVID meant bringing fewer people on board initially, which in turn meant not having to lay people off, which many most established businesses had to do. And since then, TEN20 has added staff as needed. Meanwhile, business has doubled this spring.

Another aspect of opening during a pandemic, Horwitz noted, is that promotional traditions like a grand opening were off the table. “What do you do?” he said. “Yay, we’re open. Please don’t come.”

For Gallant Fox, which opened in the early weeks of the COVID shutdown, it was an uncharted journey. Co-owner Roger Huff said that, because he and his business partner Patrick Workman had never owned a business like a brewery, they didn’t know what to expect. And in that way, they had almost no gauge as to whether to be encouraged or discouraged by the community’s response in a time in which the business couldn’t open its doors other than for carry-out.

But even if a pandemic could or possibly even should have ended a small, fledgling business like Gallant Fox, Huffman said he and Workman are in the process of opening a second location in Mt. Washington.

“The Louisville beer community has been incredible,” he said. “It really was a humbling experience for us. We could have easily opened and not been successful because people were not going out, and that was not the case.”

All that taken into consideration, expect the Louisville — and statewide — beer community to welcome back the Kentucky Craft Bash, and beer festivals in general, with open arms and open mouths. They’ll be welcomed in return by more than 60 breweries, up from 42 in 2019, the last time the event was held.

For those holding the precious VIP tickets, that’s about nine people per brewery, meaning you won’t experience long lines. And, at less than half capacity overall, general admission attendees likely won’t be waiting a lot either. This is by design, Selznick said, and has been since the event was conceived.

Of course, this design also pairs nicely with the COVID protocols in place. So, while the festival will look a bit different than in previous years, by that point the mask mandate will be lifted and the feeling of relative normalcy will be in effect. And the return of beer festivals will mean a chance to get together and share a beer with friends and with like-minded strangers, while also meeting the people behind the beer.

Selznick said it was in February that the Brewers’ Guild board got together and “took a leap of faith” that holding a beer festival would be possible this summer, so planning has been squeezed into a short amount of time. But that leap is about to pay off, and brewers — and Kentucky beer lovers — are going to get what they want. The Jeffersontown Beer Fest returns July 17, the Highlands Beer Festival is slated to also return in August (although dates aren’t yet confirmed), and don’t be surprised if Tailspin Ale Fest and others sneak events into 2021.

“Our brewers got into this because they wanted to share their beer with other people,” Selznick said. “We haven’t been able to do that in 16 months. It’s time to start getting back to normalcy while doing it responsibly.”

VIP tickets, while available, are $60 in advance; general admission tickets are $50 in advance and $55 at the gate. Tickets can be purchased online at kycraftbash.com.