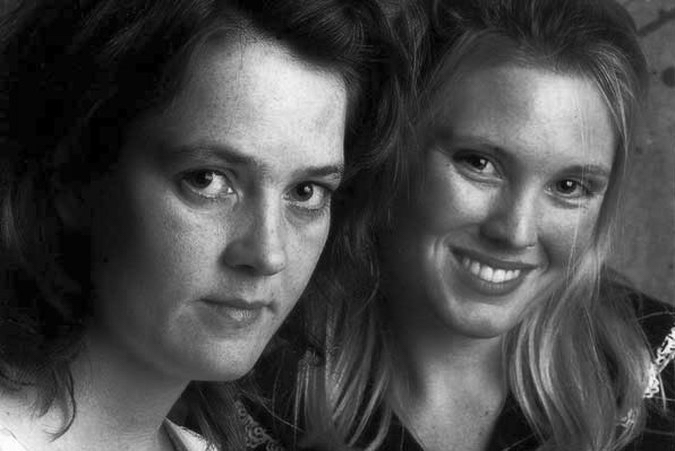 Freakwater seems an unlikely band to be popular in a town known for its hardcore and punk scene but with simple chord structures to their songs and the wide regional appeal of old country songs, band members Catherine Irwin, Janet Bean and David Gay managed to make it work. LEO caught up with Irwin to discuss what is was like being in a beloved country band in a punk rock town.

“I think that like the reason that a lot of punk rock bands were into that music was partly the simple chord structure, for one thing,” said Irwin. “Like, we could play this but I think that kind of nihilism of the lyrics and stuff is really appealing. I think it has a lot of similarity in the content, you know — there are a lot of country songs about really gloomy subjects, right?”

Irwin believes that the accessibility of playing simple songs made sense to their fans. It was easy, as she mentioned, to figure out how to play something from the Carter Family in a much greater way than perhaps trying to learn songs by progressive rock bands like Rush with more complicated songs.

“The way that, especially the Carter [Family] put the songs across, it’s just like certain kinds of punk rock, in this incredibly sort of flat affect. They just, they don’t change their tone. They could be singing about a dead baby or singing about a flower, you know, and it’s just like almost the same delivery. It’s really fascinating to me.”

In 1991, Freakwater released Dancing Under Water, an album that Irwin remembers as if it didn’t really happen.

“I was thinking about it yesterday, cause you know, that record, it kind of like always sort of seemed like it never even happened because when we made the record, we were on this little tiny label in California called Amoeba,” said Irwin. “It was the second record that we made for them. And the guy that was in charge of that label, he just put it out with the first record on the CD cause it was the beginning of CD times. And so, the record never came out on vinyl, so it seemed kind of fake for that reason.”

“Janet’s husband Rick, that was his roommate at UK. He was a chemical engineer and lived in Los Angeles. And then, so he just started putting out people’s records and, uh, I guess he must have been in Louisville in Chicago or something like that and Janet gave him a tape that we recorded and he put on a record for us. So that was it. We didn’t work very hard to get that done. Yeah. We just got lucky.”

The re-issue of Dancing Under Water was released by Thrill Jockey in 1996. Freakwater’s association with Thrill Jockey happened because of Janet Bean’s connections with her other band, Eleventh Dream Day. One of the tracks, called “Scratches on the Door” was written by Michael O’Bannon, a Louisville punk pioneer who passed away in 2016.

“I was thinking about what was Louisville-related about that record is that Michael O’Bannon wrote one of the songs on there,” said Irwin. “He wrote a song on there called “Scratches on the Door,” which is a really, incredibly, creepy song about the children who died in a fire because LG&E shut off their power.”

“It’s so very like him to have  focused in on this little deep grim detail of the story.”

In 1989, six children perished in a fire in Louisville after having their electricity cut off and had been using candles for light and heat. O’Bannon’s song is an homage to this incident.

It is the frankness and honesty that Freakwater songs sometimes nest in, and their simplicity that made them work. It’s kept fans interested for over 30 years and counting.

Irwin is currently working with Tara Key of Antietam on a memorial project for Wink O’Bannon, a local musician who passed away in 2020.