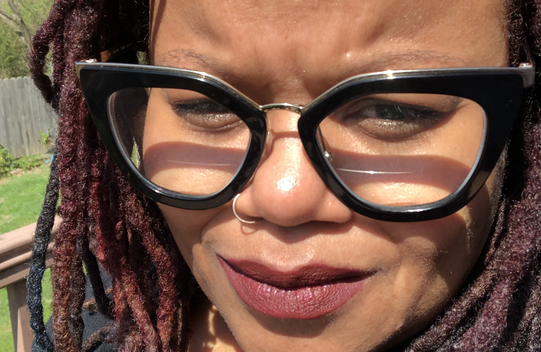 Sometimes looking back helps light the way forward. So this issue is a little bit of that.

How do you put Louisville punk and hardcore into 20 pages? You fucking don’t. You brush in broad strokes and hope that, in these few pages, people find fond memories, reconnect with folks they’ve lost or forgotten. You hope that people dig out their flyers and 7-inch records and take a walk down memory lane. For those of us who lived through the late-‘80s, early-‘90s punk scene, these were the best, strangest, hardest and most self-discoverin’ times in our lives.

I was 18 or 19, when I went to my first punk show — a late bloomer. It was a band that had several iterations but was best known as Evergreen. I can’t remember the other bands that night, but my sister and I left with stomachaches and couldn’t wait to go back to do it all over the next weekend. It was visceral. It’s where I began to find my tribe.

We chose “1991”  because of the managing editor’s love of Slint’s Spiderland, which was released that year. It has remained a monster staple of punk music. When he suggested we do an entire issue on that record for its 30-year anniversary, I threw up a minor wall — Louisville punk and hardcore was way more than that one record, and the members of the band were involved in so much more as well. If we missed that fact, we would have missed what makes local music such a special thing, especially in the early and mid ‘90s. We would have missed what created Slint.

There was a moment in the late ‘80s and early ‘90s when something cosmic happened here, and we spent about a decade in a bubble of the best punk and hardcore scene in the country. Fight me, it was.

We were located in such a spot in the country where the punk and hardcore scenes in Chicago, D.C., NYC, Ohio, etc. all could travel to us, and we could go to them. Well, the bands could go to them; I was stuck in the canals of a baby writer’s brain, making zines and writing garbage poetry.

Bands from all over the country made their way through the small clubs of Louisville. Nirvana, Green Day, Bad Brains, Sonic Youth etc. all stopped in our little town. The strangest thing, for many of the bands that would come through town, was that kids would wait outside while they played and swarm in large numbers to the local acts that were playing on the same bill.

I remember seeing Royal Trux play at Tewligans. They looked like they’d dropped in from another planet — top hats and heroin chic. They played to a room of about three, including myself and a couple of friends. We didn’t leave simply because it would be even more awkward for them. As soon as their set was finished and the local band set up, all the kids from the outside, from Taco Bell and wherever else, packed in the small backroom of the venue. I wish I’d remembered more about their set. In later years, I listened to them a lot.

The thing is — and this remains true — Louisville loves Louisville. We do. It’s a feature, not a bug. However, this era was an anomaly when bands and some venues struggle now to fill their rooms.

This issue of LEO is only a hint of what those days were like and mentions only a fraction of the music that was available. In the years since, the scene has changed by the nature of technology and the allotment of space. As well, some of the old guard (musicians, venue owners, fellow scene kids) have passed from this world into that of ancestry.

Louisville’s punk and hardcore scene was cobbled together of many pieces. There were lots of hands involved in creating those moments that now drip of “nostalgia.” Likewise, there were a lot of hands that helped put this issue together — in true punk fashion. The thing is, in a post-COVID world, we will need that kind of energy again — the DIY, all-hands-on-deck ethos. It’s more than nostalgia, and I’m sure it is out there. I just hope that anyone reading this issue remembers that magic is made, and that even in our despair, anxiety and sorrow, we can capture the cosmos, if we want. We did then, as our country entered a war that many of us mourned, and can do it now to help inspire us while we fight against these new ones. •