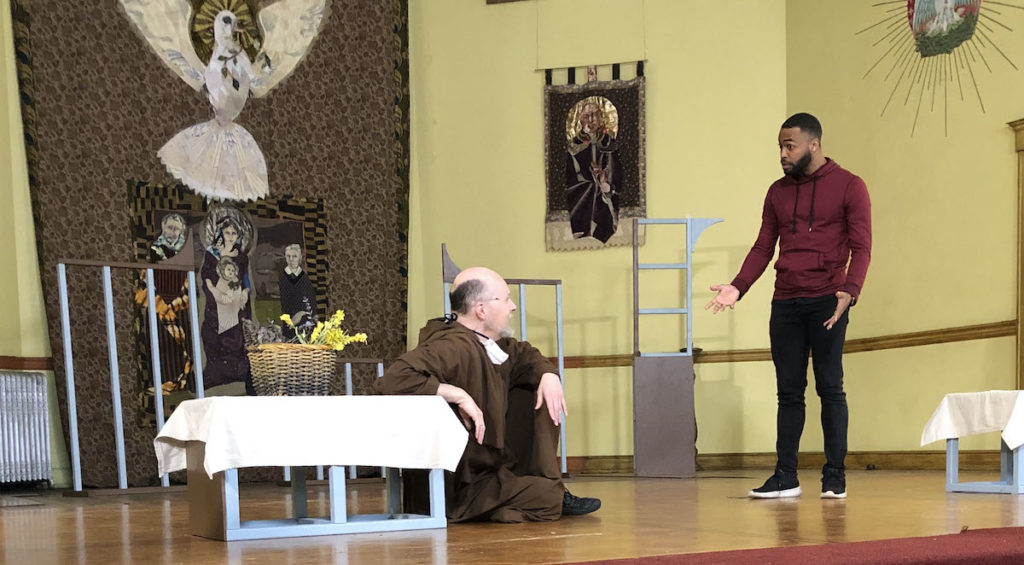 Kentucky Shakespeare has remained committed to the vision of bringing the works of William Shakespeare to the Louisville area for 61 years. This has allowed them to become an integral part of the local arts community and treasured by generations of Louisvillians. This year, with the support of the National Endowment for the Arts and Arts Midwest, they continue the tradition of presenting the works of Shakespeare on their spring tour. The tour will present “Romeo and Juliet.”

LEO: Tell us about the spring tour of ‘Romeo and Juliet.’
Amy Attaway: We were slated to go to 28 parks last year, pending all the permitting — and we’re still waiting for [it], from Metro parks. We’re very hopeful that it’s going to come through, but it hasn’t yet. So I have to say asterisk. There was a potential that we might not get the permits to do this. If all that comes through, then we’ll go to 23 this year.

We’re going to some places that aren’t Metro parks. We’re going to go to several schools in person; some schools, via livestream. And, we also just recorded it this weekend for schools. They’re getting a pre-recorded version.

Are the Indiana performances new?
So, we have for the past — I’m not sure if they did it the first year — for the past many years, been going to the Southern Indiana parks. So in this year they were the first ones that we got booked because you know, their restrictions across the river were less harsh  than they are here. I shouldn’t say harsh. But, anyway, so they were the first ones to get us on the books. We’re going to Corydon, in Jeffersonville and New Albany, um, in April and May, late April. . . early May. Then we’re also going to Richmond, Indiana, which is a lot further away because that’s where Richmond Shakespeare is. They bring us into that.

What are the safety measures?
I’ll talk about the audience perspective, first. People who have been coming to the tours for a long time, the difference that they’ll see is that we’ll have some extra staff on hand. We’ll be helping people socially distance in their pods.

We’ll ask the audience to wear masks. Um, we, won’t be super strict about enforcing that, because it’s outdoors. People who are up close to the performers, we’ll ask that they wear masks, and we’ll have hand sanitizer stations all around. From the performer’s perspective, we rehearsed in masks, almost exclusively right up until the end. We’ve very cautions about hand sanitizer and we share props as little as possible.

Most of the cast has now had at least one vaccine. We’re on the way to having the cast vaccinated.

Why “Romeo and Juliet?”
We programmed this play long before anybody had ever heard of COVID-19. So. . .  but being in this time and being with this play, with these words, I’m hearing it in all these new and wonderful ways. And that’s another big thing about Shakespeare. The other thing that I’ve heard more acutely than I have before is just the desire to be in contact, and people preventing you from being together with each other, you know, there’s this mysterious reason. You don’t understand that you can’t be around people or, you know, a person, specifically, in the case of Romeo and Juliet, but nobody in the play really understands what the families are fighting about.

Socially distanced performances of “Romeo and Juliet” kick off on Saturday, April 17 at The Maples Park in Crestwood.