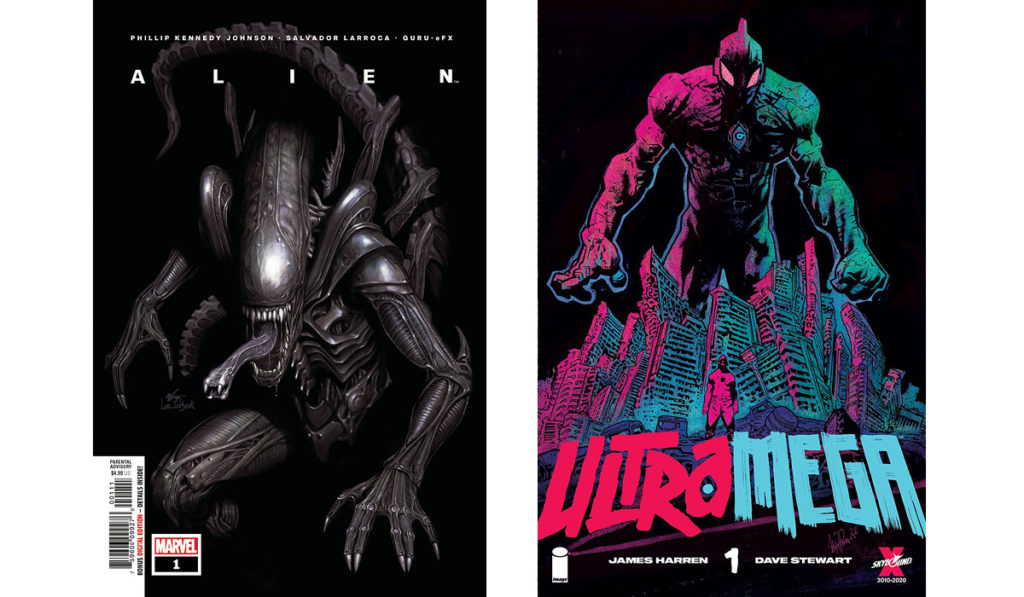 The year is 2200 and Weyland-Yutani still controls most of the space highways. If you’re a fan of the Alien movies, you’ll remember that these are the folks responsible for the incredible and tragic loss of life to their crew members by putting profits in their military weapons work over the value of human life. Imagine that!!

Gabriel Cruz, security chief for one of the outposts, is retiring after years working for the company. He’s plagued by dark dreams and is seeing Bishop, who we see now in this book as a therapist. These robots can do anything! Gabriel is going back to Earth, hoping for a new start with his son, Danny. Danny, however, has no love for a father he hasn’t seen for most of his life. He’s even become involved in a group whose mission is to destroy Weyland-Yutani for their crimes. They may be willing to go further than he knows, though.

I won’t tell you any more, but this book looks to be a roller coaster ride of family drama and horror as the xenomorphs loom in the background, waiting for the chance to escape and do what only they can do!

Known for his work on “Rumble” and a smattering of dynamic covers, artist James Harren makes his writing debut with “Ultramega” from Skybound, an imprint of Image Comics.

In the generation spanning robotic future of “Ultramega,” the populace is plagued by a strange space virus that turns its unlucky host in to a malformed Kaiju-like creature on a whim. The nasty beasts rampage through the city, consuming citizens to satisfy their “Queen.” In order to keep the viral invaders at bay, three earthlings — including disgraced ex-boxer Jason, lone wolf Ern and genius wunderkind Stephen — are bestowed otherworldly superpowers by The Ultramega, a race of fighting alien supergiants. However, Power Rangers this ain’t! Be prepared for lost limbs, piles of organs and lots of cursing.

As equally inspired by the now famous tokusatsu standards Ultraman and Godzilla and anime like “Neon Genesis Evangelion” as it is by ultra-violent and infectious body horror tropes, the pages of “Ultramega” run red with blood and green with sickness. If you’re down for stylish panels and dynamic fight scenes overflowing with gore, you’ll wanna grab a copy of “Ultramega.” Keep your eyes peeled for Issue No. 2 to arrive in April.