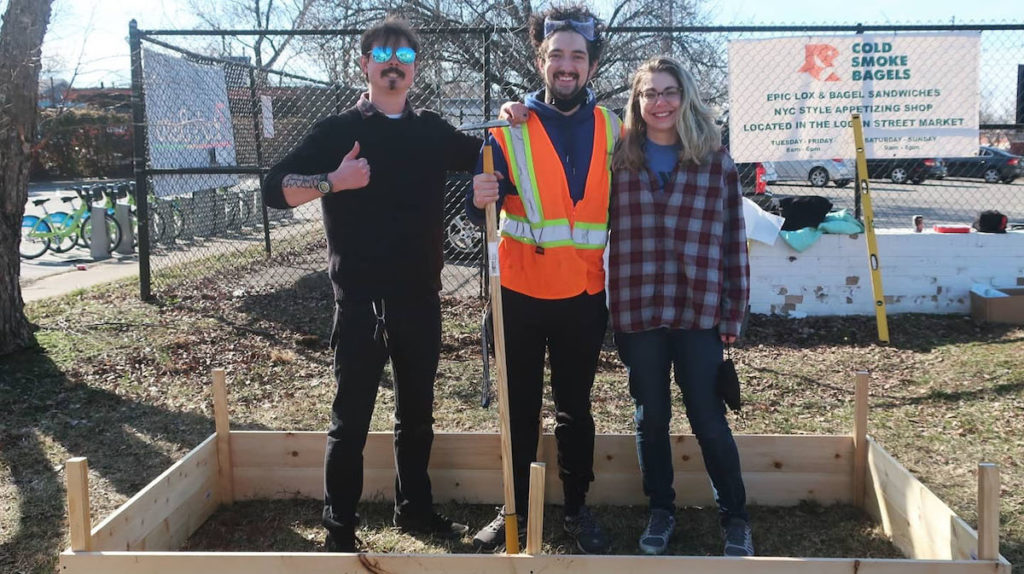 Admittedly, I’m not a podcast person in any meaningful way. I prefer visual stimulation and often fall into the YouTube rabbit hole over any number of topics from K-Drama gossip to music nostalgia. When LEO decided to do a podcast issue, I knew I was in trouble. What the hell do I write about when I listen to zero local podcasts and apparently, I’m in the minority on that. I just don’t often have the patience or energy to simply listen to folks talking. Enter the Video Blog or vlog for short. The video blog often combines the focus of a podcast with a visual element. It’s much more my speed. Local vlogs were a bit tough to find. I did find the “Wives of Louisville,” a local, Real Housewives type vlog, and the episodes are full of similar moments to its multi-city inspirations. Sadly, I couldn’t reach the “Wives” for this story but another vlog that captured my attention, Beargrass Thunder.This group of four friends is focused on making a better community while taking care of local plants (I love my garden and houseplants to a weird degree) and preserving the local ecosystem. Sign me up.

Beargrass Thunder started as documentation of a project in an alley along a stretch of Beargrass Creek off Goldsmith Lane. Partners Jody Dahmer and Dr. Mariah Corso were warned upon moving into a new apartment in the Goldsmith Lane area that they shouldn’t park in the alley behind their apartment because of crimes that have been reported. The area has many apartment and condominium complexes and a mixed income profile though poverty in the area is high.

Instead of accepting this and giving up on building relationships with neighbors in the area, they decided to do something about the alley. With the help of friends and Beargrass Thunder cohorts Richard Stottman and Nikole Thomas, they cleaned the alley of weeds, planted native plants, added seating and artwork… turning the alley into a place that welcomed community instead of wedging it further apart. They even enlisted monetary help from a nearby hotel to aid in the cleanup.

What grew out of that project is a vibrant vlog on Youtube, community partnerships, seed giveaway events and most recently, Beargrass Thunder became a licensed local nursery.

The name Beargrass Thunder is a combination of Beargrass Creek and Thunder Over Louisville. It’s a name they felt fit their undertaking. All but Corso, who is from Pennsylvania, are Louisville natives.

I caught up with Richard Stottman of Beargrass Thunder to discuss the vlog and their other projects.

“I’m so busy. I don’t have time to really listen to podcasts and you know, actually sit down to produce the podcast,” said Stottman, the producer and editor of the project on how it became a vlog. “I have the equipment, but coordinating everybody’s schedules, the blog format, to us at least, seemed just a whole lot more accessible and easy to do, like in the moment on the fly without much preparation at all.”

The vlog offers a real time, visual companion to the stories Beargrass Thunder wants to share about the city of Louisville and the work they want to do to improve their community.

“When we originally started, we just wanted to be like a local show, like a variety show where we would interview different politicians, changemakers, influencers, local business and nonprofits, that kind of thing,” said Stottman.

Beargrass Thunder has done numerous interviews. Sometimes those interviews have led to interesting partnerships that could create unique and necessary changes for residents in the city.

The group is passionate about restoring the local environment including the ecosystems. It’s part of their mission to make their hometown a better place to live.

“It started out where it was just supposed to be like a podcast variety show where we would just talk about current events and Louisville, cool things to check out, that kind of thing,” said Stottman.  “As we all got more and more interested in, like,we’re watching this environmental disaster unfold before our eyes, we’re learning more and more about ways we — like ourselves — can help in our daily lives in seeing some of these injustices play out in our own community. So it just kind of made sense to use the platform that we had started building to kind of further these ideas and educate people on what they can do, too, and how they can replicate what we’re doing in their community.”

Currently, Beargrass Thunder has uploaded 110 videos to their YouTube page. Topics range from ways to use local plants like their “Poke Sallet” (Poke Salad) video to visits with Idlewild Butterfly Farm. The partners are neighbors in Germantown and have their hands full with all the new projects that have grown from the first alley project, including the renovation of another alley close to their homes.

“Thunder is this platform that allows us to pretty much do whatever we want to do. So things are always changing,” said Stottman. “ You know, priorities are always changing, but the end goal, is that we just want to use our platform to fight the injustices that are happening in our community…and also bring people together in our community, using Kentucky native plants and seeds to feed people and just bring people together to help learn and educate in how to make our community and local ecosystem better.”