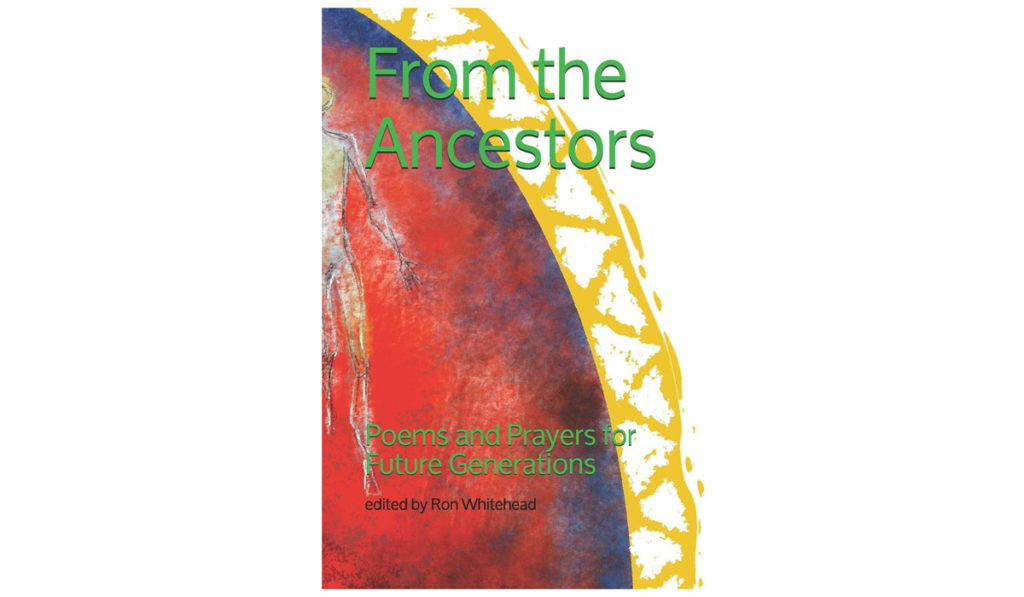 Just a few months ago, a LEO book review roundup praised poet Ron Whitehead’s homage to his friend Lawrence Ferlinghetti—one of the last Beat Generation poets. Ferlinghetti had just turned 100, but now he’s gone — along with Diane di Prima, another recently departed Beat icon and friend of Whitehead. The same year that took those two renowned voices also saw escalating tension regarding race, gender and sexual identities, citizenship and voting rights and so much more. Will conditions, circumstance and timing inspire a generation of poets of potentially equal impact?

Whitehead believes so. In fact, he refers to these times as “a perfect storm” in a recent phone call with LEO to discuss “From the Ancestors: Poems and Prayers for Future Generations” (Trancemission Press), a new compilation he edited. But as Whitehead discusses how cultural and artistic ancestors can lift our collective spirits to stand and move forward in the storm, he’s also mourning a more-recent generation that had a very pronounced effect on him. These friends inspired cross-pollination of their bravely bookish San Francisco with Whitehead’s Louisville, as he shared when quoting a piece of journalistic verse from earlier in his career:

searching for Lawrence Ferlinghetti
I look in “A Coney Island of the Mind”
and “Pictures of the Gone World”
bearing gifts I come
photos of his journey through Kentucky
standing at Merton’s grave Literary Gethsemani
memories of drinking Budweisers
at The Do Drop Inn
“Nice People Dancing to Good Country Music”
and I’ve come bearing gifts
tapes of his reading in Louisville
jazz between poems
silence between poems
blank spaces on the walls between paintings
and My Old Kentucky Home
|is still singing your song
and I’m searching for Lawrence Ferlinghetti
“the one who’ll shake the ones unshaken
the fearless one
the one without bullshit”
[from “on flight from San Francisco to Kentucky 11:33pm 5.24.93”]

The Beats didn’t see themselves as a cohesive unit intent on mutual support, Whitehead says. But when Allen Ginsberg publicly read his provocative “Howl” and Ferlinghetti pounced on the moment to publish the poem (leading to an obscenity trial that eventually opened doors for creativity), each in his own way knew they had a part of something to offer. And that whole was the potential to shake up and wake up anyone ready to see concerns more deep-rooted than the lawns of 1950s America’s then-burgeoning middle class.

Some might see and hear similar intent in recent readings from Amanda Gorman. She’s certainly on her way to the highest mantle—but in the meantime, America still has a poet laureate, who is one of many notable contributors to Whitehead’s latest. Jo Harjo’s “The Creation Story” leads off the prayers and blessings-in-verse of “Ancestors.” The voices here are contemporary associates worldwide Whitehead admires and appreciates as part of a working style where “the more creative collaborations I am in, the more inspired I become.”

Participants to this venture (which morphed and expanded partially because of lockdown limitations and opportunities) include musicians. Two CDs are available with accompaniment as well as spoken-word recordings. Not all 17 languages of the participants are translated — an interesting gambit challenging the ear and mind to accept universalities of intent and tone. As Whitehead puts it, “Listening to the voices of places you are not, transports you to other places — and somewhere along the line, awakenings occur inside the individual.”

With the upheavals of recent cultural and political shifts, he sees a wide-scale awakening happening now. And he’s confident that in its coming fullness the awakened come to have voices intent on speaking for equality, freedom and justice. Not all that different from Whitehead’s earlier, mentoring friends.