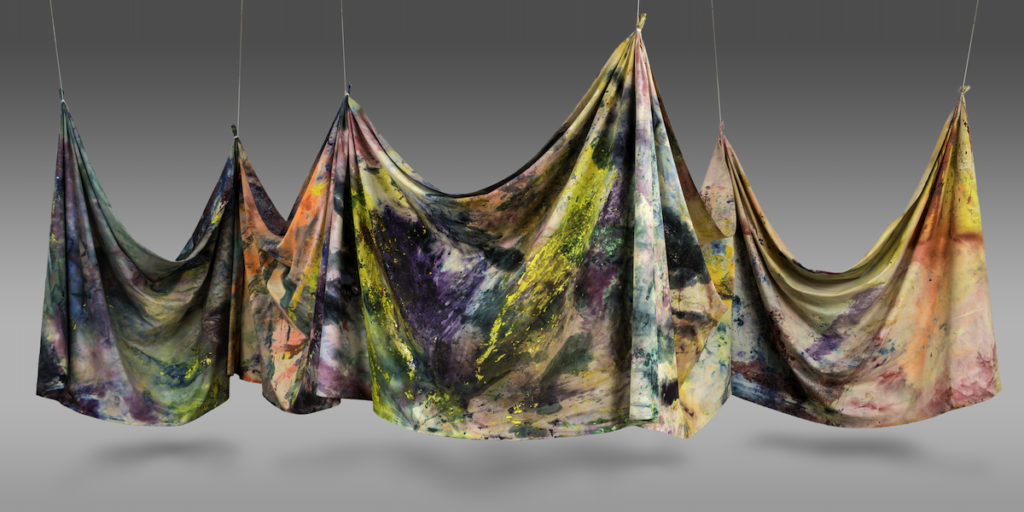 The Speed Museum’s Promise, Witness and Remembrance show that honors the life and legacy of Breonna Taylor opens April 7. For the city of Louisville, it represents a moment for the community to reflect on the events of the past year since Taylor’s murder by LMPD. For the nation, it puts the life of Taylor in the spotlight in an art museum, an area where the lives of Black people are too often sparsely explored.

LEO caught up with the show’s curator, Allison Glenn, again to talk about the show, and how artists, museums and communities can move forward together. In our last conversation, we briefly spoke about how the perception of museums can often appear tone deaf and unresponsive to a community and why the Speed show represents such a contrast.

“I do think that that can be the perception [of museums],” said Glenn. “I also think that with regard to the specific incidents of police brutality and gun violence and how museums have approached trying to contextualize, you know, a position, there’s been different approaches.”

These approaches have varied in how they were received by different audiences. Sometimes not speaking to the people they claim to represent.

“I think that, um, that we’ve seen different successes,” said Glenn.  “And for me, what was appealing about this particular project was really that it, from the beginning, from the top, it wasn’t. . .  there was a particular way that the Speed Museum wanted to approach telling this story, you know, the story of Breonna Taylor.”

That approach included having a good understanding of the important stakeholders in the show’s theme. The most important being Breonna Taylor’s mother, Tamika Palmer, followed by the local Black and protest communities.

“I think that the approach that I feel is very successful is to work with community,” said Glenn. “You know, if an institution wants to approach issues of police brutality and gun violence, I guess the issue directly impacts the community that the museum serves. I think it’s the first point of contact to be in dialogue with that community.”

“And understanding that you think institutions can do better in general when they have a keen understanding of the communities that they serve and that within the multiple communities, each group is not a monolith, right? So, um, there’s going to be nuance and variance in interests, ideas, approaches thoughts on how things should be handled.”

Glenn worked closely with members of the local community including Palmer to develop the concept and mood for the show. One of the requests by the community was that Glenn and the Speed focus their efforts on centering the work of Black artists. With the exception of the photography of the late Tyler Gerth, who was killed during the protests, almost all of the artwork being displayed is by African American artists.

“Some really exciting things I can talk about. . . Kahlil Joseph has a work called, ‘BLKNWS,’” said Glenn. “This particular work is called, like, fugitive newscasts or conceptual journalism, where essentially, ‘What would it look like if all news were centered on the Black experience being told from the position of Black community or community?’ And so it’s like a radical reframing of how we understand the news and a radical reframing of how Black communities are portrayed in the media. And I think that it’s going to be an important cornerstone because it. . . it touches on so many things, you know.”

Other artists in the show include Sam Gilliam, an artist who started his career in Louisville, Nick Cave, Lorna Simpson, local photographer Jon Cherry and Alisha Wormsley.

“Another work I’m really excited about — that is finished being installed — is  Alisha Wormsley’s ‘There Are Black people In The Future,’ because it’s the text that runs along the gallery two. . . runs along just underneath the wainscotting,” said Glenn. “So you have to kind of look up, and it’s maybe like 15- to 18-feet high on the wall and it just says, ‘There are black people in the future.’ It repeats over and over and over until it, it begins as it ends.”

The work by Wormsley will be accompanied by a guided meditation presented by The Nap Ministry founder, Tricia Hersey.

To attend the show, tickets are available currently at the Speed’s website (speedmuseum.org) and website for the show (promisewitnessrememberance.org). The show opens April 7 and runs through June 6.