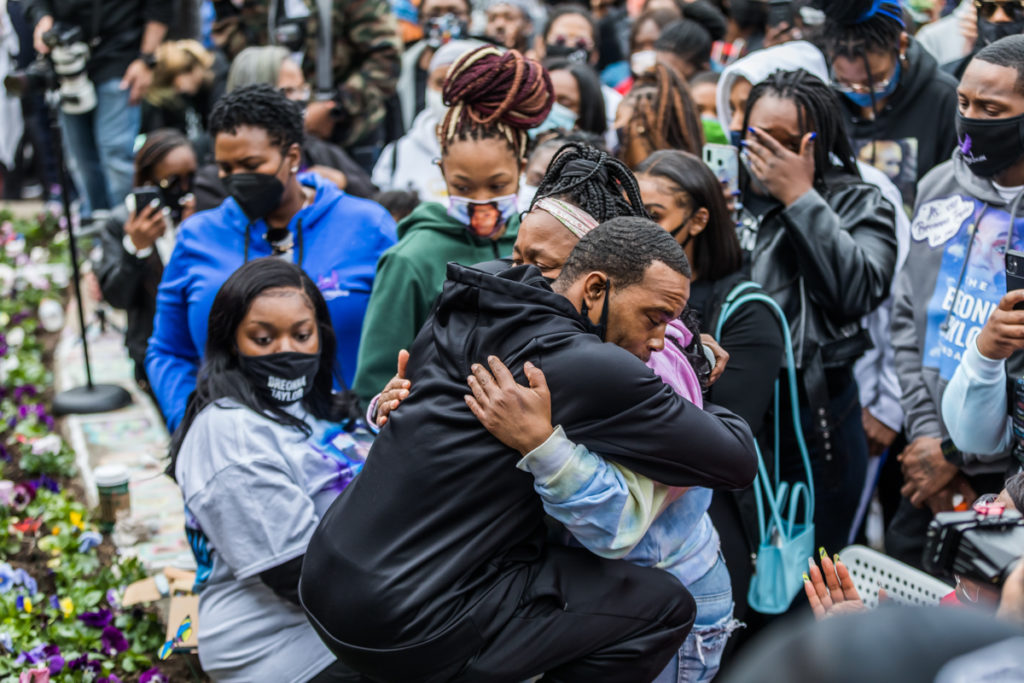 Mother of Breonna Taylor received many hugs at the rally for her daughter.

Hundreds of people gathered on Saturday, once again at Injustice Square — the site of 2020’s racial justice protests — to chant Breonna Taylor’s name. This time, it was in observance of the one year anniversary of her killing by Louisville police.

The rally and march, organized in part by the New York-based group Until Freedom, started at 1 p.m. with singing from the No Justice No Peace Choir and speeches. Taylor’s family was in attendance, including her mother, sister and aunt, as well as her boyfriend.

Multiple speakers, including Sadiqa Reynolds with the Louisville Urban League called for continued action in the wake of Taylor’s death.

“This is about justice,” she said. “This is about our power to change this world for our children, for my daughter. This is so we make sure that not another person dies at the hands of the police.”

Around 4 p.m., the crowd began to march downtown, shouting Taylor’s name and “You can’t stop the revolution.” After about an hour, the group returned to Injustice Square, formally known as Jefferson Square Park.

The group slowly dispersed for the evening, although some protesters took to River Road. Around 9:30 p.m., Louisville police declared the gathering in the street an unlawful assembly.