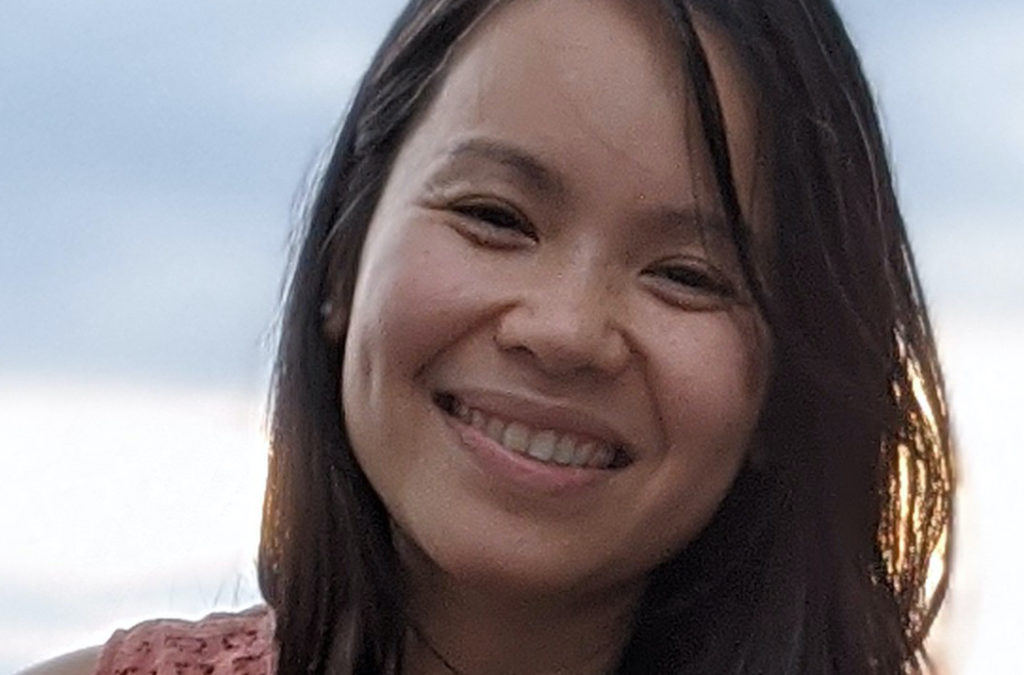 “We’re not responsible for anyone’s fucking bad day.” My first coherent thought. I posted it on Instagram. I struggled to string together sentences —thoughts interrupted, words written then erased. I am enraged for all the times I have felt the need to protect myself from men’s bad days. The following day I thought, now I should share something else, something lighter, more politically correct, more peaceful to balance out the fuck that I had so thoughtfully blipped out. I fought the urge to remain the pleasant “model minority.” Why must I be polite when I feel anything but? I feel the grief, the rage, the despair in waves — breaking down crying at work, leaving work early to continue crying at home, feeling scared while walking to the vigil and seeing a man whose beard line resembled that of the Atlanta shooter. My breath sharpened, quickened. I felt angry at my tears because my reality, though never quite safe, is now even more dangerous.

There’s not one unified Asian American response to the violence. My friend said, “I don’t know if I can talk. I’m too angry. I don’t know what it’ll take for me to feel safer.” Another friend said, “I’m more emotionally detached than you are.” My niece said, “I’m more proud than ever. Being Asian is what makes me different and unique. I have a culture to share and I’m never going to be ashamed of it.” Another friend, “My motto is be careful, but don’t live in fear… How much more? When will it be bad enough?” A few months ago, my mom said, “I know that racism exists. You can be out in public and people could spit on you.” We each do what we can to survive our version of reality. I used to say “I’m lucky I have never really been targeted for racism…” Except that time in college when a classmate said, “It’s possible that you got your scholarship because of affirmative action, and I’m okay with that.” And that time at Cherokee Park where a few teenage boys yelled “Asian whore” simply because I walked past, or that time a white man called me a liar because I told him I didn’t have an English name, or that time on the bus someone said “Go back to your country.” I’m struggling to keep my head above the waves to survive my reality. Grief comes in waves. Trauma comes in waves.

The recognition over and over again that the world you live in is not safe for you is trauma. The therapist in me ticks off: “hyperarousal, hypervigilance, distressing dreams, intense psychological distress, desire to avoid memories or reminders…” Sometimes I want to avoid the world. Intersectionality is trauma. To be a woman of color in this world is trauma. We said it when Breonna Taylor was murdered, when the women before her were murdered and are now saying it again for six more Asian women: Soon Chung Park, Hyun Jung Grant, Suncha Kim, Yong Ae Yue, Xiaojie Tan and Daoyou Feng. My memories turn to all the women I know: alive but still violated. I think of the women who work in hair salons, nail salons — nieces, cousins, sisters, who have been fetishized, sexualized as excuses for harassment and violation. I think of my friend’s sister who was violated when a man got a pedicure from her as an excuse to touch himself knowing she would be alone. I think of the women who have to keep working at massage parlors with the fear that next time it could be them. I think of the first woman I know who was violated — me — and my insides collapse, realizing the origin of the deep pain that has been with me since the news of the shootings. These specific shootings hit closest to home for me because of who I am, what I have experienced — my own set of intersectionality. Intersectionality has a more poignant meaning now than ever, and trauma and its reminders hit again in waves.

I think of women who have been violated and stayed silent, forced to stay silent because they are women of color, and that vulnerability held them silent. The women killed in Atlanta will forever be silent. I don’t want to be silent. The waves of violence, the waves of fear, of trauma continue. The waves threaten to drown out our voices, but we refuse to stay silent. Inside my mind, I whispered the words along to my friend Thảo’s voice as she spoke at the vigil. I watched the shakes in her hands and felt the shakes in my own body. I heard the shakes in her voice and saw the tears in state Rep. Attica Scott’s eyes. She reminded us, Rep. Nima Kulkarni is the first and only Asian American legislator in our Commonwealth and it is hard for her. It is hard for her, them, us. Still, we speak up, with tears in our eyes, voices trembling, breaths shaky — because we’re scared, hurt, angry, shaking as we speak louder and louder, until that shaking is the world shaking from our rage, cracking open, collapsing into changes.

What do we do in a world that’s not safe for us? The fight to undo racism should not fall on the oppressed, but in many ways, it has been and still is on our shoulders. I continue to see women of color shouldering the fight. I’m grateful for these women.

My heart feels safer in the company of women these days. I went away for a weekend with my soul sisters. We sat and talked. I asked one’s daughter if she has experienced racism. “Yes… many times… from 6 to 12 years old.” Classmates pulled at their eyes saying “ching chong” and “free fried rice.” “Who? When?” her father asked. “Hundreds of times, dad!” My coworker said, “I tell my son this all the time, and he thinks I’m crazy. He’s Black, and it’s not the same for him like those other boys. I said, if he ever gets pulled over, to put his hands on the dashboard so they could see.” When I looked at my Vietnamese friend’s sons at the vigil, I thought of the children playing at the BLM protests down at Injustice Square. This is their reality. This is our reality — the world by design is not as safe nor kind to people like us.

Nguyễn Vũ Ngọc Uyên is a Vietnamese-American immigrant, a social worker and a therapist. She lives in South Louisville with her husband and their two cats and two dogs.