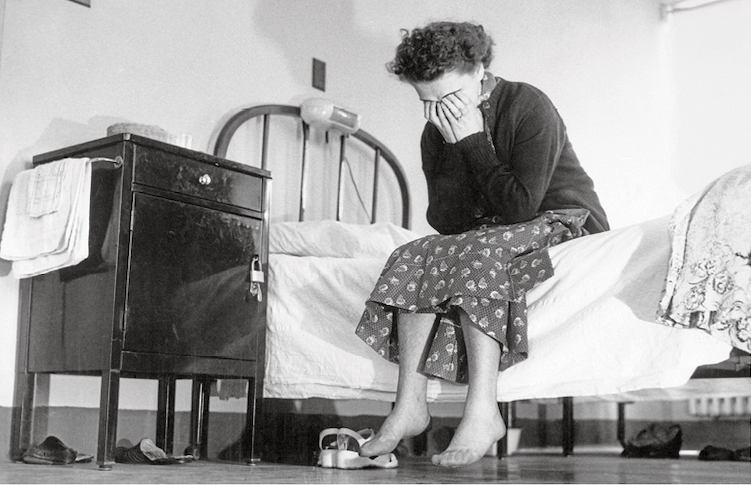 [Editor’s Note: On March 16, University Press Of Kentucky released “Narcotic Farm: The Rise and Fall of America’s First Prison for Drug Addicts” by Nancy D. Campbell, JP Olsen and Luke Walden. The book looks at the United States Narcotic Farm, which opened in 1935 in the rolling hills of Kentucky horse country. It pioneered new treatments, such as prescribing methadone to manage heroin withdrawal, but the facility closed after the U.S. Congress learned that Narco researchers had recruited patients as test subjects for CIA-funded LSD experiments from 1953 to 1962, part of the notorious project MK-Ultra. Below are excerpts from three chapters of ‘Narcotic Farm.’]

The Lexington Cure [From Chapter 4]

Narco’s admission process was similar to that of any federal prison. Upon arrival, convicts and volunteers were photographed, issued a number, and strip-searched. Their shoe soles and boot heels were pried open by security staff vigilantly searching for dope. If any needles or dope were discovered — volunteers frequently arrived stoned and transporting paraphernalia — they were confiscated. Patients were then handed hospital pajamas and sent to the medical ward for a complete physical.

As part of the admission process, volunteers and inmates were compelled to fill out government forms detailing their complete history of drug use: How old were you when you started? What is your drug of choice? How big is your habit? How many times have you tried to quit? Afterward, patients underwent psychological tests designed to assess the severity of their addiction. Barring acute medical emergencies, volunteers were then sent to the detoxification ward (federal convicts were typically already drug-free when they were transported to the institution). On the detox ward, nurses administered morphine shots of gradually decreasing dosages for a safe withdrawal. After 1948, methadone, which was first experimentally tested on inmates inside the institution, was substituted for morphine.

Throughout the institution’s forty-year history, the detox process remained essentially unchanged. Usually, upwards of a dozen people were detoxified at one time — men and women were detoxed separately. Former patients recall that nurses doled out barbiturates, known as “goofballs,” to blunt the effects of opiate withdrawal. Patients were also treated with “flow baths” — essentially a primitive Jacuzzi — to help soothe their frayed nerves.

Patients’ recollections of detox vary. John Stallone, who had kicked drugs numerous times before, remembers the Lexington cure as very pleasant. To author William S. Burroughs, however, who showed up in the late 1940s and recounted his experience in the semi-autobiographical novel “Junkie,” detox at Narco merely delayed and “suspended the sickness” of heroin withdrawal. Yet Burroughs was likely in the minority. Most addicts preferred detoxing at Lexington to going “cold turkey” in city and country jails where, reputation had it, lawmen harassed and sometimes savagely beat those who complained about their suffering.

In all, detoxification lasted slightly less than two weeks. Patients were then sent into the general prison population so rehabilitation could begin.

Down on the Farm [From Chapter 7]

Narco’s placement on a farm in the verdant, rolling hills of Kentucky was not a coincidence. Rather, the farm was central to the institution’s rehabilitation philosophy. Narco’s treatment program was conceived around the idea of an agricultural work regimen in a bucolic rural tableau. Fresh air and sunshine would reinvigorate addicts, farming would teach them the virtue of hard work, and their newfound work ethic would sustain their lifelong abstinence from drugs.

It was a massive agricultural operation. Patients rose before dawn to milk cows, harvested everything from corn to kale to beans, and butchered dozens of pigs and cows. Robert Maclin, who ran the farm operation from 1951 to 1968, recalls a tomato harvest so large that patients canned 1,500 gallons of tomato juice in a single day. All this produce nourished addicts’ ravaged bodies and kept the institution largely self-sufficient.

But despite glowing culinary reviews from patients and staff and its ongoing utility to the institution, the farm never achieved its therapeutic goals. Many of the inmates who hailed from large cities had little use for the skills they learned on the farm. For some, sowing the fields of green, slaughtering pigs, and wading through knee-high cow manure came as a shock. Former patient Stanley Novick, who worked on the farm in 1949, remembers: “Coming from Brooklyn, I had never touched a cow. I was afraid of the cows. They’re scary.”

By the early 1950s it was obvious to everyone that farm work didn’t cure drug addiction. But the farm continued on, providing the institution with healthy food well into the next decade. Changes brought on by new laws and evolving social attitudes dramatically altered the institution. After 1968 Narco was no longer a prison hospital, it was just a hospital. All patients were volunteers who could not be compelled to work. With that, the farm was closed and its livestock sold at auction. Soon after, patient protests erupted over the poor quality of Narco’s new institutional food.

The Greatest Band You Never Heard [From Chapter 10]

By the mid-1950s Lexington had become an elite fraternity for addicts as well as the epicenter of drug culture in America. The soundtrack of the new junkie subculture was jazz, and some of this country’s best jazz was played at Narco.

Heroin and jazz were so closely linked that many distinguished artists of the era — Cab Calloway, Dizzy Gillespie, and Duke Ellington, and others — spoke bitterly to the press about how the drug was devastating a generation of gifted musicians and how these musicians, desperate for heroin, were easy marks for law enforcement. Less openly discussed by those in the scene was the fact that some players, pressured by draconian drug laws of the time, avoided arrest by becoming informants who in turn helped imprison their peers.

Along the way many musicians spent a few days, a few weeks, or even years at the Lexington narcotics hospital. The list of jazz players at Lex reads like a who’s who of the genre: Chet Baker, Elvin Jones, Stan Levey, Jackie McLean, Red Rodney, Sonny Rollins, and many others. In fact, among jazz fans the institution soon acquired a reputation as a workshop for musicians. On the streets of New York and Chicago, the lore was that young musicians were checking themselves into the notorious institution merely for the opportunity to sit in with the masters. Even Frank Sinatra’s character “Frankie Machine” in “The Man with the Golden Arm” begins the film by excitedly telling his pals that he’s just returned from the Lexington hospital. Now clean, Sinatra’s character describes Narco as a compassionate place whose treatment regimen embraces musicians, a place where prison doctors encouraged him to play drums as part of his therapy.

This Hollywood portrayal is more accurate than not. Throughout its history, Narco supplied musicians with serviceable instruments, practice rooms, and an audience of incarcerated addicts eager to pack the institution’s 1,300-seat theater for spectacular inmate-produced shows featuring a variety of big bands and combos. At one time there were as many as half a dozen jazz combos performing inside the institution. The shows were a source of joy for the inmates, the staff, and even hip locals from Lexington who came to hear big-city jazz right at home in Kentucky.

“The first time I went there I heard Tadd Dameron, Sonny Stitt, Joe Guy, and many others,” recalls Byron Romanowitz, a Lexington-based musician who watched several prison jazz shows in the late 1940s and 1950s. “Their big band was an all-star group, there’s no question about it.”

Regrettably, there are no known recordings of the prison jazz bands that played at Lexington; the only legacy is in recollections, photographs, and snippets of silent films. But for one night in 1964 the swinging sounds of jazz at Lex filled living rooms across the country. An orchestra made up of Lexington patients performed for the nation on Johnny Carson’s The Tonight Show. It was the highest-profile gig in the prison’s history, but mainstream fame was fleeting: The tapes from this broadcast were accidentally erased decades ago. It was the greatest band you never heard.