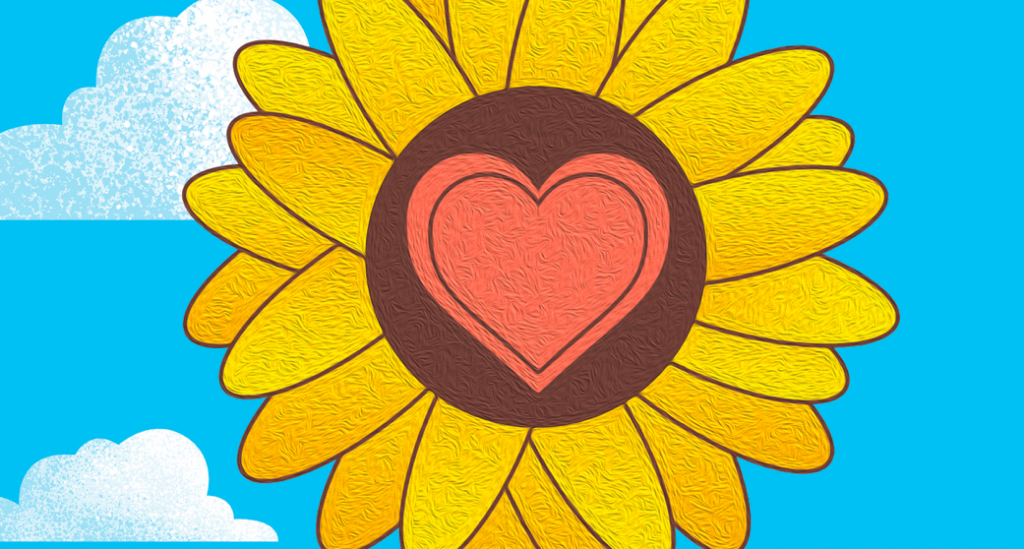 There are no corporate leaders on Change Today, Change Tomorrow’s board. There are no white one-percenters. The nonprofit’s leadership includes a social worker, a UPS employee and a founder of another nonprofit — all Black Louisvillians — which is the community that CTCT services.

“We feel it in our hearts; we actually are about the work we’re doing,” said Taylor Ryan, CTCT’s executive director and founder.

Change Today, Change Tomorrow is an organization with grassroots spirit, but it is also a nonprofit. And nonprofits have rules they must follow to keep their federal tax status: Among them, they must recruit a board of directors to make financial and strategic decisions, and they must file publicly-available information about their finances. This document is often requested by organizations that dole out grants and funding.

Ryan has found a way to work within this system, which is often also dominated by white people, and still maintain a nonprofit that takes action quickly while being community oriented.

And there are other groups in Louisville who have figured out the same, such as La Casita Center.

Similar to Change Today, Change Tomorrow, La Casita Center’s staff and board is predominantly Latinx, which is the community that it serves.

“Our board and staff, we reflect the community, so no one has to explain to us where the pain is, where the struggle is, because we’re living it,” said Executive Director Karina Barillas. “It’s part of our lives.”

The pandemic, though terrible, has shown what these organizations can do.

Stan Siegwald, the director of strategic initiatives for one of Louisville’s most established nonprofits, Dare to Care, said that he has seen smaller, more community-integrated nonprofits take off since COVID-19 threw Louisville’s services in disarray. Dare to Care was impacted, too, when 5% of the community partners that distribute its food were forced to close during the pandemic. But, it’s filled some of the gaps with new groups like Change Today, Change Tomorrow.

“What we’ve seen is, in fact, great innovation and creativity and resilience to find new ways to be able to serve folks in a pandemic,” he said. “And part of that creativity and the innovation have been the emergence of groups like Taylor’s, like Change Today, Change Tomorrow. They have brought a great spirit and a great energy to our community.”

With its Feed The West program, for example, Change Today, Change Tomorrow is providing food to West End families through “pop-up distribution,” said Siegwald — something creative and innovative to Dare to Care.

Not all groups doing community work in Louisville find it necessary to become a nonprofit, though. Black Lives Matter Louisville has been organizing in the city since 2016, doing everything from holding protests to delivering laptops to school children.

“We would be subservient — if we were a nonprofit — to the government in which we are in opposition with,” said Chanelle Helm, co-founder of the group.

There are aspects of the nonprofit model that Ryan, the executive director of Change Today, Change Tomorrow, appreciates. She likes, for example, that power in the system is not concentrated in the hands of a single person, which prevents corruption. But, she said, she didn’t have much of a choice in deciding whether or not to make her organization a nonprofit when she created it in September of 2019.

“It makes you more legitimate,” she said. “So, as a Black organization, if you do not have your 501c(3) or a fiscal sponsor tied to another entity that has their 501c(3), then donors, who, a very large percentage of them are white, will not donate.”

But, Ryan wasn’t going to fill up her nonprofit board with rich, white people like many other organizations do. Instead, CTCT’s leadership is filled with members of its community:

•  Nannie Croney, a social worker and the CEO of the small business, Dope Designs by Nannie

•  Talesha Wilson, a Black Lives Matter Louisville member and beauty influencer. She worked at Humana, Ryan said, but not in a position that would guarantee CTCT bundles of Humana dollars.

•  Leo Braddock, the founder of another nonprofit, Children Shouldn’t Hunger

•  Angela Masden, the director of the Parkland Boys and Girls Club

•  Azure Williams, the founder of Watch Us Grow, a tutoring business

All board members but Croney are from Louisville. Both Croney and Ryan moved to the city from Western Kentucky.

In a traditional nonprofit, boards meet quarterly to approve high-up decisions like financial and strategic plans. That’s not the case with Change Today, Change Tomorrow, which meets twice a month: once in person, once virtually. And, its members are on a group chat, Ryan said, talking daily about CTCT.

This helps the nonprofit work fast, Ryan said. Like the organization did on Feb. 15, when CTCT’s Umoja Project team was preparing to board a bus downtown to help Louisville’s houseless community. But, the weather kept worsening: It started snowing, and temperatures were set to drop below 20 degrees that evening.

Instead of sticking to just offering supplies, CTCT made some calls and arranged the opening of a pop-up shelter at Louisville Recovery Community Connection. They had to collect blow-up mattresses, food, fresh linens and pillows, as well as recruit volunteers. That weekend, the shelter held 25 people a night.

“We are very nimble, is what the older nonprofits in town call us,” said Ryan.

Siegwald, with Dare to Care, said nonprofits like Change Today, Change Tomorrow are important because they’re close to their communities and in tune with their needs.

“I think particularly with Change Today, Change Tomorrow, they have brought this energy and this spirit to their work,” he said. “And they have really, not created, they have exposed a narrative that struggling communities and communities that are challenged, maybe in some ways, also contain a great soul and a great spirit and great talent and great ideas to address those challenges.”

Dare to Care has its own strengths. When the pandemic hit and the nonprofit was worried about continuing to feed the community, it was able to leverage its long-standing connections to recruit the National Guard to assemble boxes of food.

Change Today, Change Tomorrow is quickly building influence, too. In addition to its pop-up shelter and Feed the West program, CTCT recently opened its Change Education Center, which offers mentoring, tutoring and space for a preteen, early-teens boys club.  Another project, Pocket Change, is a storefront for Black-owned businesses to sell their products. The shop also hosts business workshops. CTCT’s next goal is to raise $1 million to buy a community center to offer temporary housing and to centralize all of its outreaches instead of operating out of five different locations. In 2020, the nonprofit served 100,000 individuals.

La Casita’s structure is like a circle, says Barillas.

She’s the executive director, because nonprofits have to have one, but decisions are made collectively. La Casita also has teams that specialize in different areas, such as mental health. “We, as a collective, honor everybody’s expertise,” said Barillas.

La Casita’s board members are invited with the understanding that they’ll be integrated into the circle, too — and help in other areas of the nonprofit. La Casita’s former board chair, Tom Gurucharri was and still is the organization’s volunteer facilities manager.

Barillas hopes, and believes, that La Casita’s methods are influencing other nonprofits in town. She wants to “demainstreamify” Louisville’s nonprofit ecosystem.

“Services are usually… unless it’s Black or brown led, they are following the rules like this, in blocs: ‘And this is a strategic plan; this is how we does; this is how the industry works; la-da-da,’” said Barillas. “We are demainstreamfying that, because we are creating it at the needs of our community. So, you know, our volunteers, our donors, our board of directors, anyone that supports us, what happens is that they become part of this culture, part of this experience, of this circle, where together we are demainstreamfying the way that we are looking at nonprofits.”

When Barillas started Casa Latina, a precursor to La Casita, she did so with the help of three other mothers and employees at the Center for Women and Families, where Barillas also worked. All but her were white. At the time, that was needed to give her organization legitimacy, Barillas said. Since Casa Latina started in 2002, she has seen that change, even though there are still few Latinx-led nonprofits in Louisville.

She has also noticed other nonprofits in town using La Casita language, such as “accompaniment,” the word La Casita uses instead of served.

When someone who wants to help their community comes to Helm, she advises them not to start a nonprofit.

“I absolutely tell people to just do the work,” she said.

As a Black liberation organization, Helm doesn’t think that Black Lives Matter Louisville should be a nonprofit, because then it would be beholden to the government that it’s trying to hold accountable.

She also said she’s seen Louisville nonprofits claim to be grassroots to get funding, when, in reality, they’re “grasstop” organizations.

Still, nonprofits can do good work within the system, said Helm. She points to Dare to Care as a good example, because the organization has been responsive to calls for accountability. She also admires Play Cousins Collective, a Black-led nonprofit that helps families with child-rearing.

Ultimately, the people who are being served by nonprofits don’t care if they’re being helped by an organization with a Form 990 on file or just five people doing good work, said Ryan.

“The people who we are serving don’t care about how legitimate we are, because we are meeting needs,” she said.