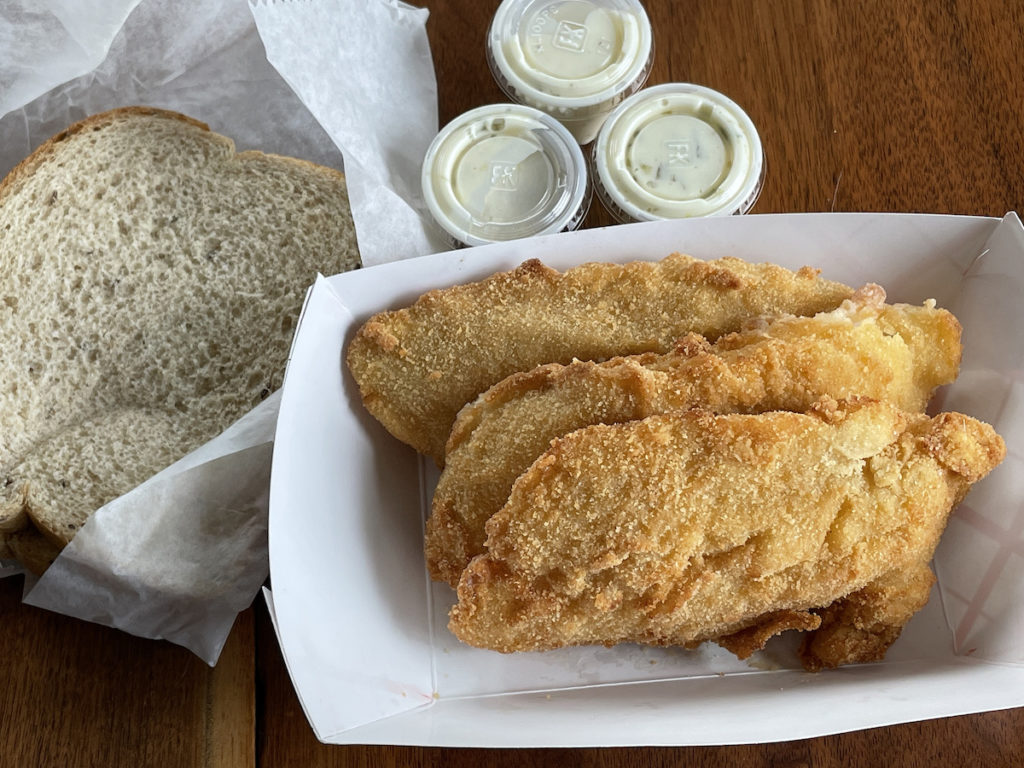 For a long time, I had my doubts about the trope that Louisville really loves its fish so much that we sell more cod than any other city except Boston, the home of the bean and … well, you know. Yeah, we love those fried cod sandwiches like the delights from The Fishery.

I didn’t realize how much we love our fried cod sandwiches, though, until we moved to New York City in the early 1990s. Guess what: No matter how much I craved, I couldn’t get a good old Louisville-style fried cod sandwich anywhere. I am not considering Mickey D’s Filet-O-Fish in this discussion.

Okay, I can’t rule out the possibility of finding a decent, mild white fish sandwich in, say, the Midwest and Great Lakes region. But when I checked with some seafood purveyors for a 2012 piece about Louisville’s cod consumption, I learned that it’s true: We really were up there close to Boston.

So spare me your hot browns and your benedictine. Louisville’s true iconic dish is the fried cod sandwich. I’ll take mine on rye!

We’re more than halfway through Lent now. If that matters to you, you’ll want to get your fish on soon. As for me, I’ll head for The Fishery any time.

I’ve been a fan of The Fishery since it opened in 1983. Current co-owners Matt Clark and Carol Clark-Kassai, the second ownership generation, have been in charge for 18 years, says the restaurant’s website, which declares its cod sandwich “the best fish sandwich in town.” That’s a tough race to call, but I certainly agree it’s a contender.

We have a standard operating procedure here: Start with that fried Icelandic cod platter, take the two sides that come with it and add two or three more, including a couple of soups, and you’ve got a great meal for two at a price for one-and-a-half.

So, let’s talk about that Icelandic cod sandwich platter: Just $13.95 gets you 10 ounces of fish – three big fillets – plus that choice of two sides. We have this often, and it has never failed us. Take your pick of rye bread, white bread or a white bun, and notice that rye is the first choice. That’s because rye is Louisville’s heritage choice for fish sandwiches, and there’s a reason for that: It tastes just right.

The cod fillets are pure white, flaky and mild, as they should be, perfectly fried with cornmeal breading that wraps the fillet like a blanket. They survived the trip home in excellent condition, with two slices of light seeded rye packed separately. Three small tubs of not-so-special tartar sauce, mostly mayonnaise, weren’t up to the rest, but the fine fish didn’t really need it.

Loading up on sides, we got mac and cheese and fresh coleslaw with the fish and separately ordered onion rings ($1.99) and cups of vegetable soup and clam chowder ($2.99).

The mac and cheese was a standard stove-top style — tender elbow noodles in thick, creamy mild cheese sauce. Suitable for kids and adults, it’s no gourmet treat. So what?

The slaw was good, too, chopped very fine with bits of carrot and green onion and mixed with a creamy, sweet-tangy dressing.

The clam chowder was unexpectedly disappointing. This pasty, gravy-like mass was so heavy with flour thickening that a spoon could remain upright in it. It was filled mostly with cubed potatoes plus a little green onion and a smallish ration of clam bits.

The vegetable soup, on the other hand, was remarkably good — so good that it made me wonder if my grandmother had come back to life and whipped up her specialty for us all. It’s a meatless version, but don’t judge this savory blend of mixed veggies — potatoes, cabbage, corn, carrots, peas, beans, onions and tomato dice — swimming in a tantalizing, slightly spicy tomato soup. Please, sir, may I have some more?

Our un-itemized tab for two came to $22.20 plus a $7 tip. I realized only later that they apparently under-charged me; our total after tax should have been more like $26.