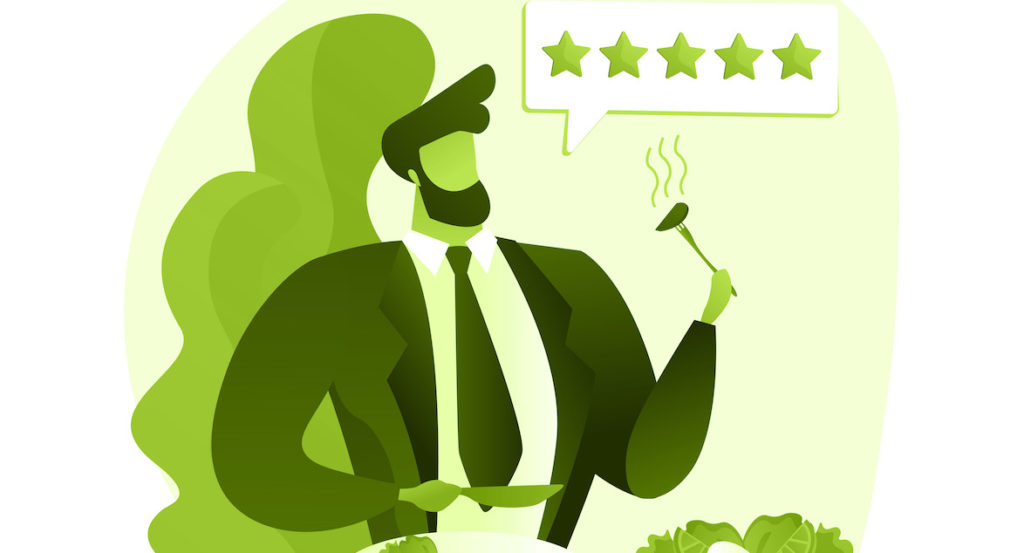 Earlier in the pandemic, a former restaurant critic pleaded for a ceasefire. The economic walloping our dining scene faces is enough, she argued, there’s no need for critics to pile it on right now. While the ceasefire holds (by the professionals, at least), I think it’s a good time to give a few tips. Something to help readers discern how seriously they should take any given critique.

These points are the most common red flags among professional critics, as well as Yelp!ers.

WHEN A CRITIC WANTS TO BE MORE THAN A CRITIC

It’s one thing when critics resign themselves to one lane. When they admit they’re a hater, a persnickety type who likes what they like. We know what they are, and we’ll shrug it off.

But it’s not until the end that the opposite becomes clear. They’ll plug something in their bio: a cookbook, a tv program. Something that shows their hand. They’re doing this critic thing on the side, sure, but they’re more than that.

People are complex. And building a noteworthy brand often means compartmentalizing. But when they’re making a name for themselves, establishing a reputation and a renown for expertise at the expense of restaurateurs, they’re showing their hand. They’re opportunists first and foremost.

WHEN THEY CLEARLY AREN’T AN EXPERT

Expertise is a tricky subject. On one hand, the vast majority of diners have none, and only care that the cook lives up to the price tag. On the other hand, critics are paid to pick apart someone’s profession, so they ought to have some.

The best way to snuff out a critic overreaching their credentials is judging specifics points and complaints: the pasta stuck together because they didn’t use enough oil; the meat was seared to lock in the juices; the salad didn’t remind me of ones I’d had at fine bistros in Paris. That’s two myths and an anecdote conflated as authenticity. That critic is bunk.

Speaking of authenticity: a critic that insists there’s ONE TRUE WAY to make a dish is wrong. In fact, there’s nothing more wrong. Do noodles go in chili? What about sugar in cornbread? What’s the appropriate sauce to top off meatloaf?

Diners realize the nuance in their native cuisine, but they’re quick to accept portrayals of “ethnic” fare painted in broad strokes. A critic should fight against these impulses instead of indulging them. The open mindedness pays off — we’ll all benefit by seeing a cuisine move forward.

But all of that is contrary to a critic’s need to flaunt expertise. So they’ll tsk-tsk and curse in the name of their Nonna.

WHEN THEY’RE SNOBBY ABOUT WHAT THEY’RE EATING

A critic that excuses themselves for even being in a place — my friend was dramatically hungover; I needed to bring myself back to Earth after a jaw-dropping musical performance — is winding up a backhanded compliments guised as pleasant surprises.

Do you know what chefs eat at home? Whatever they decide to pick up in a drive-thru. We might even treat ourselves to an entire box of Kraft mac and cheese if we doubled. If that comes as a shock, think of it how professionals do: what’s good is good. There’s no guilt, no exceptions, no excuses that overrule taste.

WHEN THEY SCORE THEIR MEAL

Four stars is an atrocious system. 100 points is better, but it still suggests an ordinal ranking. It sets vastly different dining experiences — a taqueria, a brunch cafe, a white-tablecloth steakhouse — on the same plane, often without laying out a basis for comparison.

But word counts! Yeah, I get it. Limited space and all. So how about that anecdotal lede? Explaining your standard is more important than all that me-me-me-ing.

Taking the time to illuminate readers, rather than giving a play-by-play of a meal, is not only a better service to the subject. It’s also a great alternative to giving a shorthand, nondescript rating. If a critic isn’t clear how they feel about a restaurant after 500 words, why should they be given the platform in the first place?

So they didn’t like the veal piccata. Did they tell the chef they’d teach them if they wanted to learn the right way? Because the ensuing brawl would make for a better review than saying, “it was too greasy for my taste.”

Critics often hide their identity in order to ensure impartial service. But that’s no excuse for a communication breakdown. There’s no reason to speculate whether meatballs were made in-house when you have a staff to ask. No excuse to quietly push aside an overseasoned plate when a waiter asks if everything is good. Act like a customer and give the restaurant a chance to fix things.

Not doing so, in favor of voicing petty complaints and calling out underwhelming dishes, is a message that diners are better served by tempering hype or hearing concerns than by shining light on cooks making good food.

That’s where critics err most often: the people that actually make the food. Their responsibility skews with the price of a meal. In reality, a $6 fish sandwich is as much about a cook’s skill as a $65 steak. But the perception that someone noteworthy had a hand in making a meal imposes a false pretense. A proper chef cares more about what they serve.

The rest of us must be in it for another reason. To get paid for playing with knives and have a little leeway to cuss at our boss. That assumption isn’t totally wrong — I enjoy both. But it falls short.

The truth is, most of us care deeply about being hospitable. It’s the core of our profession. And to challenge that shows a critic just doesn’t see the big picture.