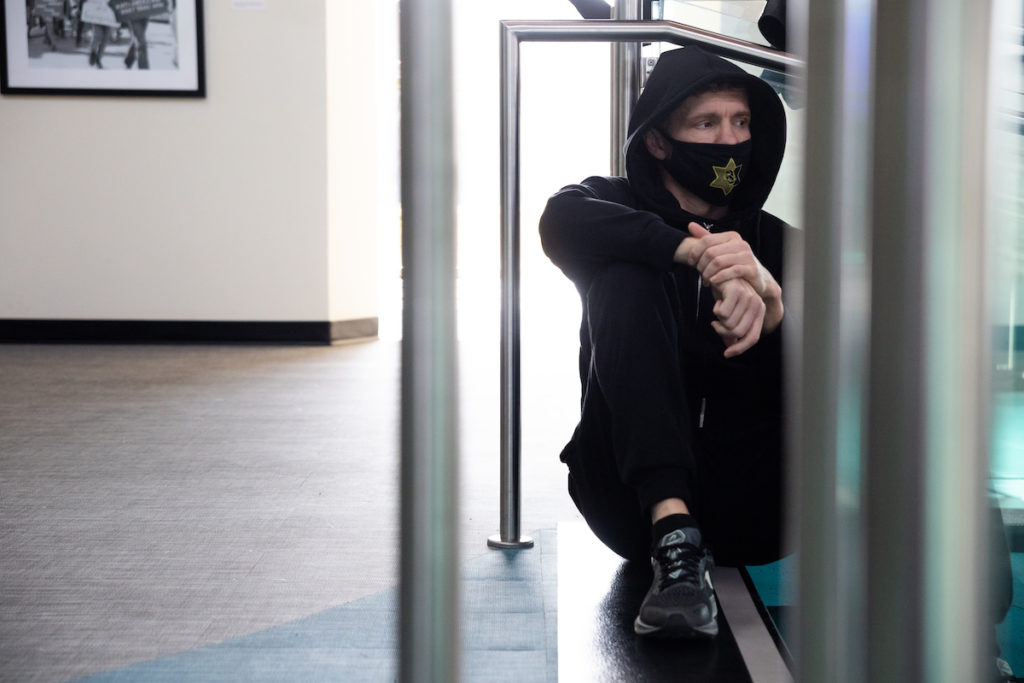 The rabbi, the ring, the redemption — it would have been a perfect story for boxer Yuri Foreman.

Then came the fatigue.

Foreman, 40, a former world championship boxer, who is also an ordained rabbi, was scheduled to fight Jimmy “Quiet Storm” Williams, 34, for the American Boxing Federation super welterweight championship on Saturday, March 6, at the Kentucky Center for African American Heritage.

Foreman pulled out of the fight after experiencing symptoms of COVID-19.

On Sunday night, he tested positive.

“I have never pulled out from a fight before. I am in my 20th year as a professional boxer, one of the most vital lessons I’ve learned is that any time you step into the ring, you are literally risking your health and your life,” he wrote in a Facebook statement. “From Friday night all through Saturday, I felt ill and was not in any condition to perform safely.”

For Foreman, a win would have been life-changing. He won the WBA welterweight world championship when he defeated Daniel Santos in 2009. He became Israel’s first world champion boxer. He even played “Russian Fighter Yuri” in the 2009 Channing Tatum movie, “Fighting,” in which he sends Tatum’s character to the ground with a single punch — before Tatum ultimately smashes his head into a water fountain.

But since his Yankee Stadium fight against Miguel Cotto in 2010, when he slipped in the ring and injured his knee, he’s set his sights on once again winning a title — and where better to do so than in Muhammad Ali’s hometown, at a venue on Muhammad Ali Boulevard, less than ten minutes from Ali’s childhood home?

Foreman and his wife, Shoshana, a reiki practitioner who is also his manager, arrived at the Center on Friday afternoon from Brooklyn to do a weigh-in with Williams. Foreman’s weight: 150; Williams weighed in a little over 152. Not long after he arrived, Yuri, wearing a mask emblazoned with his “lion of Zion” logo, sat down on the stairs, leaning his head back in exhaustion and closing his eyes. His photographer and videographer circled around him, getting shots of Yuri’s moment of tranquility.

As boxers often do before weigh-ins, Yuri had been dieting for a month before Friday afternoon; he had also been working out daily. Everything he eats is vegan, organic and kosher, a meal plan that Shoshana oversees. It’s totally normal for a boxer to feel fatigued before a weigh-in, usually because of the dehydration. He drank a bottle of electrolyte water almost immediately after he put his clothes back on. Back in his room at the Brown Hotel, he started eating his preportioned foods again.

He and Shoshana weren’t worried about that Friday tiredness, though. They were worried about their flights from the day before, from JFK to Charlotte, then to Louisville.

Although the couple had decided to call off the fight Saturday morning, the news wasn’t public yet, nor were the Foremans giving out interviews. It was Shabbat, the period between Friday night and Saturday night during which Orthodox Jews cannot use electronic devices like phones or laptops. (Because Yuri was the headliner, his fight would not have started until well after sunset at 10 p.m., following bouts between other boxers.)

Only a few sources confirmed the cancellation: an Instagram post from March 6 by boxer Jimmy Williams (@jimmyqswilliams), which read, “The Fight is off Sorry.. @foremanyuri Chicken out … This is bad for boxing,” then an Instagram post by boxing manager Ryan Roach (@ryanroach82), which said that the fight had been canceled “due to illness,” then a brief article on Fightnews.com in the late afternoon.

Later that night, Shoshana told LEO that Yuri was dealing with extreme fatigue but not a fever. She canceled their flight and rented a car rather than risk more exposure on a plane — their own or anyone else’s.

On Sunday afternoon, about six hours before his test results were confirmed, Yuri released a public statement on his Facebook page explaining the cancellation. He thanked Shoshana for her work and financial support throughout his road to reclaiming his title, as well as his coach, Ilya Mesishchev, for his time and training.

“We are all taking risks stepping out into the world during this pandemic. Sometimes taking all the precautions isn’t enough,” Foreman said. “There are always opportunities to find strength and make the responsible decisions for the greater good of all involved, even if it isn’t immediately apparent.”

He announced his positive COVID-19 results via social media on Monday.