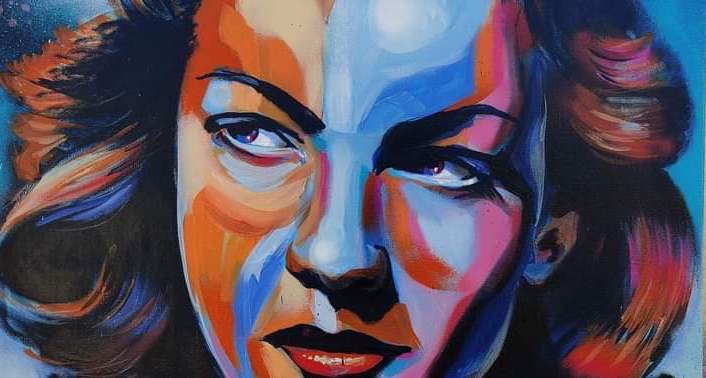 Archetypes - Recent Portrait Paintings by Damon Thompson will be at the Tim Faulkner Gallery.

Becoming Antiracist Community Series
Zoom
Free  |  5-6:30 p.m.
This talk covers what it means to be antiracist and how to take “appropriate action.” Panelists are: activist and poet Hannah Drake and Dr. Kaila Story (women’s, gender, sexuality and pan-african studies) and Dr. Teresa Reed (dean of music) with UofL.

Katherine Jackson French: Kentucky’s Forgotten Ballad Collector
Zoom
Free  |  6-7 p.m.
Learn about Katherine Jackson French, a 1900s-era woman who collected traditional Kentucky ballads, but whose work was never printed due to a 30-year feud known as the Ballad Wars. This talk, led by Elizabeth DiSavino, an assistant professor of music at Berea College, explores what would have happened had French’s work been published in 1910.

Jazz Rumors
The Limbo
Starts at $5  |  7-10 p.m.
Each week, The Limbo hosts the Baconaters for an evening of jazz in its “dark and cozy atmosphere.” Admission to the show is based on a sliding scale, starting at $5 and going up to $20, with proceeds going to the performers. Specials include $10 bottles of wine and $10 pickle and cheese plates.

Derby City Made
Tin Roof Louisville
No cover  |  8-11 p.m.
Almost one year ago, Tin Roof Louisville debuted its first Derby City Made show: a new series, supposed to occur every other week, featuring singer-songwriters. The show was also the last before the pandemic shut down Louisville’s bar scene. Now, Derby City Made is back, and the second lineup of the year features several performers: Devil’s Cut, Korey Hunt, Shane Dawson, Evan Curran, Dustin Collins and Rob Maupin Jr.

Archetypes – Recent Portrait Paintings by Damon Thompson
Tim Faulkner Gallery
No cover  |  6-11 p.m.
You may have seen Damon Thompson’s work while driving or walking through your neighborhood, even though you didn’t know it. During the pandemic, the artist offered up his services for donation-based spray painted murals of famous figures. This is a solo exhibition of his portraits. The opening reception is Friday, but Thompson’s work will be on display throughout the month.