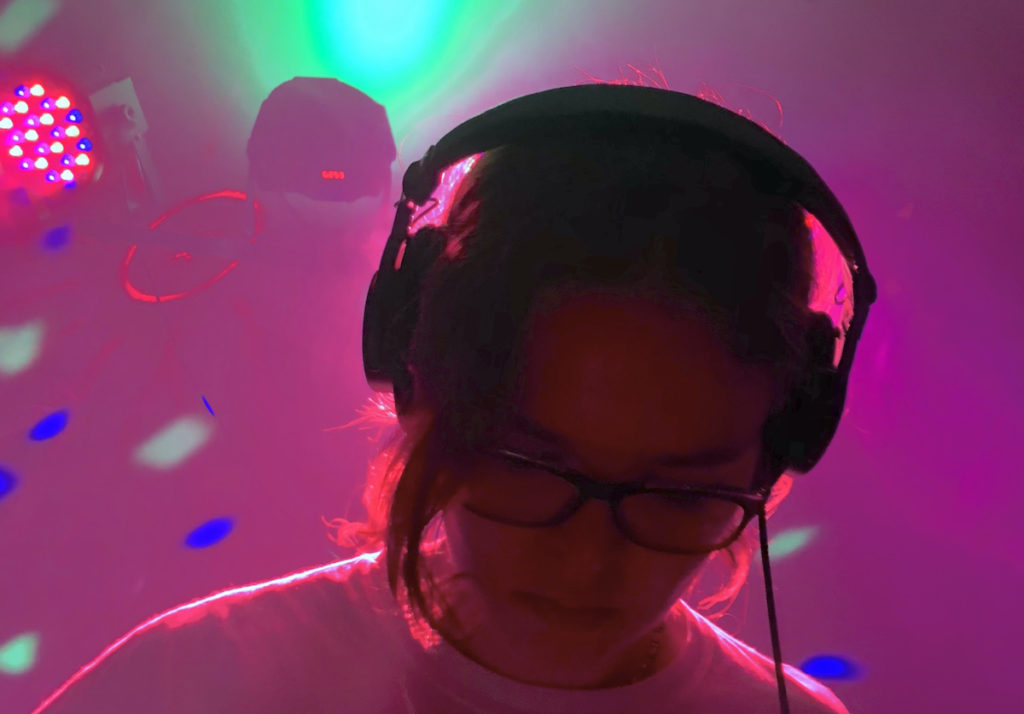 When your job is a party, what happens when a pandemic hits and the party is put on hold?

For Louisville DJ collective, The Spinsters Union, the pandemic knocked the wind out of their spinning gigs at parties and bars. In the span of a week, the Spinsters went from booked at residencies and performances to deciding as a collective what the next move should be and trying to figure out if parties were even a possibility.

“We collectively decided back in March and April, and when the protests started, that we should take some space because we felt it was the important thing that needed to be done at the time,” said Spinsters Co-founder and WFMU radio host Kim Sorise. “We all took a step back from the public about the Spinsters so that we could help the community uplift what needed to happen for Breonna and her family.”

“As a collective, we said let’s not be promoting the Spinsters because we need to be using the Spinsters as another way to get out against police brutality and protest and supporting the work that is being done in the city.”

Formed in 2018, The Spinsters Union of Louisville is “a collective of Louisville’s best gender non-conforming and women DJs and producers.” Their mission states that they “are here to claim our space, kick ass, and make every room feel safe and sound perfect.”

Despite the collective taking a break, some Spinsters kept working throughout the pandemic including being on the front lines of local protests, both as activists and spinning at protest and politically-related events. Spinster DJ Quinnette Connor took the opportunity to join the protests while also working on a livestream via Twitch. For Connor, who is Black, joining the fight for Breonna Taylor wasn’t something that needed deliberation.

“You’re breathing, but you’re not thinking about you breathing,” she said. “I’ve always advocated for Black rights. None of this is new to me. It’s not anything that I was newly aware of.”

“The consciousness of how important music and DJing is — like you know it is, and you do it because you love it, but to see it in real time, man.”

Connor was called upon during the McGrath Senate race to DJ a political event, and it was one of the first times she questioned whether putting herself in a space was the right move.

“When Amy McGrath was running for Senate, they had all of these people in The West End come to put up signs for this woman,” she said.  “These people were asking me to come down and DJ, and I was like, ‘I see what y’all are doing,’ but sometimes your artistry is confronted, like ‘Do I say no because this is exploitative, or do I go because people are going to be there anyway,’ and you’re helping, even though you’re being played, you’re helping. You’re helping the people.”

“I ended up going. I was playing soul music, and I was mad [about feeling exploited]. I was playing Al Green and Sam Cooke. There were people crying. They had a moment of joy because you’re playing music.”

For Connor, this was worth it. It was an opportunity.

Connor saw the chance to DJ via Twitch as another opportunity to be grasped. Her “Soul Purpose” show which airs on Twitch each Tuesday night at 7 p.m. became an extension of the “Truth Be Told” radio show Connor hosts on Sunday nights through WXLU (93.9) out of Lexington.

“I have a very good friend who is a DJ from New York kinda gave me pointers and said ‘Yeah, you kinda need to get on this.’  And it just kind of grew. Now it’s like an official thing. I’ve done it 30 weeks in a row,” said Connor. “I saw that as an opportunity. It evens the playing field. The internet created the opportunity for everyone to be heard.”

Connor isn’t the only Spinster who is using Twitch as a resource to share their craft. Spinster DJ SCZ also uses the platform.  Another Spinster, FILO (aka Jordan Hauser), played their last event in May of 2020. “A few days later, the first weekend of protests started, and I just dropped everything and refocused,” Hauser said. “I had to recenter my priorities.”

The Breonna Taylor protests started in Louisville on May 28 after the Courier Journal released phone transcripts from Taylor’s boyfriend’s 911 call. Hauser heard about the protests through the grapevine and went the first night. “I just went to kind of support and be there. I didn’t really have a plan.”

“Then I ran into a few people that I’d kind of been acquainted with. I kind of used them as a resource to see where I could be of help.”

Hauser began attending trainings and producing graphics for various organizations related to social justice. The 490 Project is a group that watches the process of the FOP contract in Louisville, advocating for substantive changes and accountability to be added. Hauser became involved with them and has produced graphics for the organization.

While focusing on social activism, Hauser also found their way back to art. “I went to school for art, and I hadn’t really been in tune with my visual art side, and I kind of took the quarantine time to explore that, and that’s kind of the path I’ve been on,” said Hauser, who just moved into a new art space called the Snide Hotel with a couple of friends.

Hauser’s art skills have been part of their activism. Lending embroidery skills and graphic design work to several organizations.  Hauser and Sorise agree that getting back to DJing is on the menu but that being safe is high priority.

“I really enjoy playing rave-type events where you can be in a room with people who are sweaty, and they are touching you, and you don’t know who it is. I’m so afraid that we won’t ever get back to that kind of experience,” said Hauser.

“Say next week if everybody was cured of COVID, I don’t know if I’d jump back into it. I don’t want to overbook myself.”

Sorise currently prefers to stay away from bar gigs so that other DJs who don’t have full-time jobs can get priority. Sorise is a full-time language arts teacher at Walden School.

“I’m not ready to go DJ in a bar,” she said. “I think about my regular residency at theMerryWeather. MerryWeather has been doing things beautifully so when they said ‘Tell us when you’re ready to come back,’ I said, ‘You know what, I want to come back but not yet, and what I want you to focus on is there are other DJs that you guys have residencies with, and they don’t have steady employment. I do, so bring them back first.’”

COVID numbers are starting to decline, but we’ve got a long way to go before it is safe to sweat and breathe mask-less in a room full of wiggling bodies. Until then, the Spinsters have found ways to focus their energy, and we’ll just have to see what happens next.