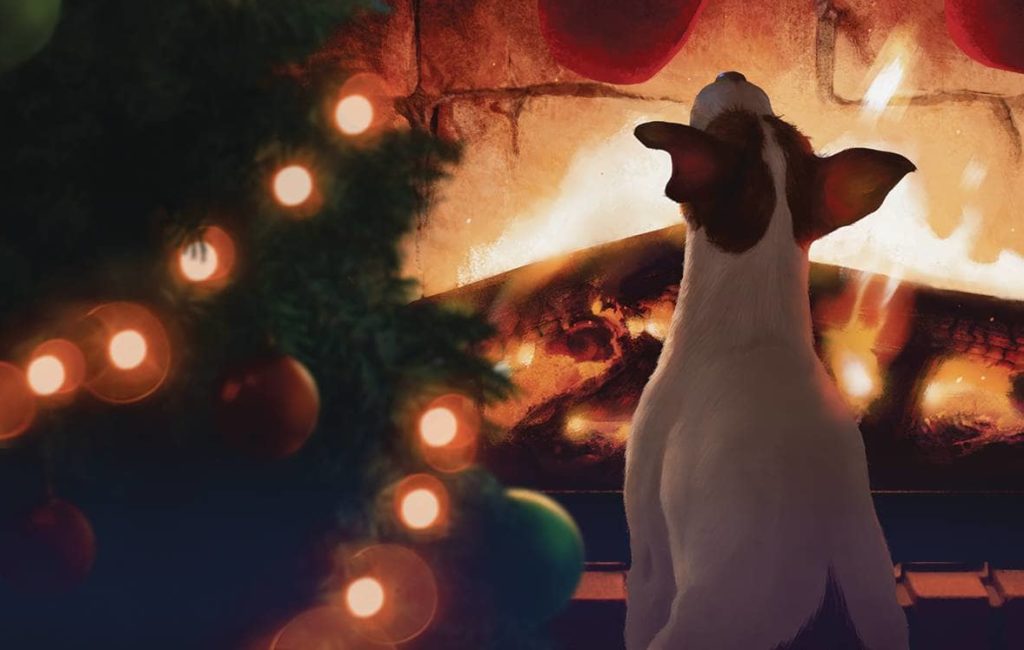 “Byte Sized” No. 1 opens at a mysterious government or military compound, where panic-stricken scientists are realizing the subjects of their experiments have gone missing. Not only that, the subjects sabotaged the vehicles they knew would give chase to them.

It’s Christmas Eve, and the scene switches to a family having a serene evening. The youngest girl is wondering aloud if Santa will be able to find them in the snow as her older sister informs her that Santa lives in the North Pole and snow means nothing to him with a roll of her eyes. Gizmo, the family dog, is not the best boy and keeps grabbing presents from under the tree and just generally causing trouble. He’s sent to the bedroom to think about what he’s done.  When everyone goes to bed and the house gets dark, Gizmo hears something. Is it Santa or unwelcome fugitives from a government laboratory?

This is a four issue limited series by AWA Studios. This little comic company consistently puts out fun, interesting stories. Give this one a chance!

‘Rain Like Hammers’ No. 1
Writer and Artist Brandon Graham
Review by David Williams, The Great Escape

“Multiple Warheads” and “King City” creator Brandon Graham is back, taking us on an exciting and fantastic voyage to the sci-fi world of Crown Majesty in his new, oversized five-issue series “Rain Like Hammers,” out now from Image Comics.

Our tale begins with Eugene, a newly transplanted citizen of the mobile, desert-roaming city of Elephant. Even in the far-flung, future wasteland of Crown Majesty, the daily grind remains sadly the same. Eugene spends his days working diligently, secretly pining for his cute co-worker, watching his favorite broadcasts and coordinating which tasty plant-based vending machine food to eat while he does so. Despite all of the fancy distractions, ennui and loneliness seep into Eugene’s antiseptic life, with his escapist sense of adventure and curiosity being his only shield against them. Unexpectedly, an alarm rings out! Opossum, another roving city, has fallen victim to a mysterious disaster. Thrust into the aftermath, Eugene finds himself in the middle of a fascinating puzzle, only augmented by his reception of an alluring alien signal that appears part poem, part song, part game.

The world-building in Graham’s “Rain Like Hammers” is immediately captivating, brimming with unique and bizarre colony culture and familiar habits of consumption and isolation. Graham’s whimsical designs, intense full-spread panels, muted colors and plaintive pacing invite comparisons to French comic legend Moebius or to the cult anime “Kaiba,” all of which make “Rain Like Hammers” a comfy, refreshing entry in to the fast-paced and crowded world of comics.