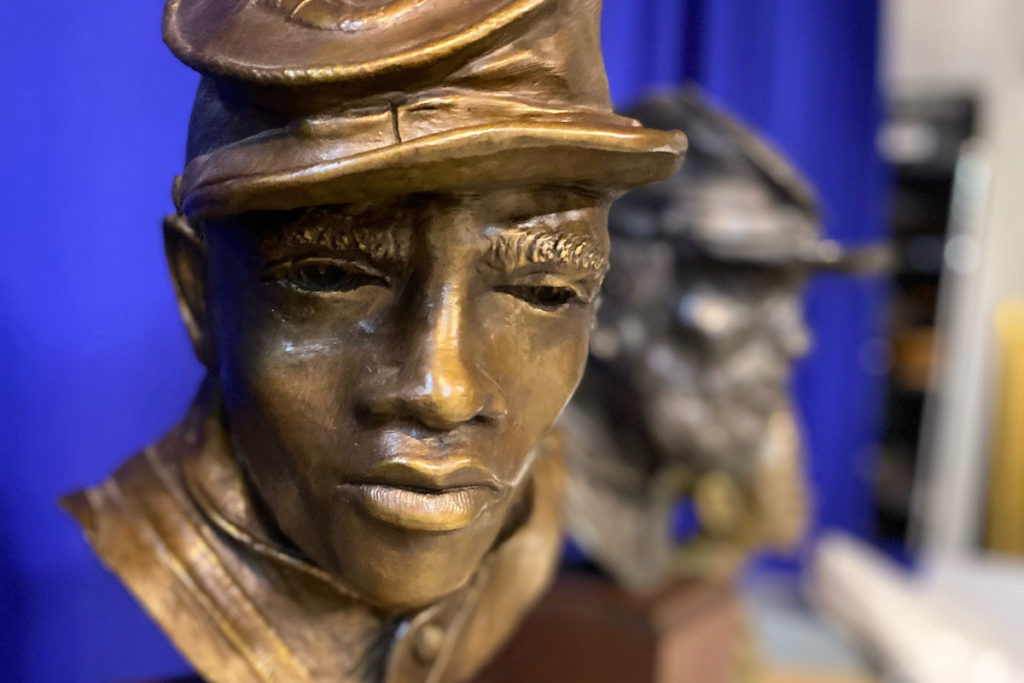 Art is a process that begins with an idea. The artist takes the idea and translates that into a creation and then, at some point, if the artist is lucky, a person appreciates that creation, understands the artist’s intention and wants to pay them money to own it. The collector is an integral part of the arts ecosystem.

Louisville’s collectors buy art at different levels. Like other cities, local collectors range from the high-paying art buyer who purchases via auction house to the art buyer who gets to know the artist and buys it directly from the creator. Most collectors fall into the latter type.  Yet, even if we aren’t collectors, since the advent of art via cave drawings and our first utterings, most of us live with some type of imagery, sculpture or music in our daily lives. It connects us to our histories and helps us dream about our futures.

Mr. Anthony French was one of those local collectors; and now, since his passing in August of 2020, his collection is going up for sale. The works include important works by important Black artists like John Biggers, Jacob Lawrence, Elizabeth Catlett, and Sam Gilliam, who grew up in Louisville. Gilliam’s work, in particular, is seeing renewed interest. French’s story is as notable as his art collection. It is one of perseverance and dedication to his community, a life-lived and reflected in the art he collected.

French was born and raised in Louisville. One of 15 children, his father started, and was pastor of, Oak Grove Missionary Baptist Church located on Vermont Avenue in the West End. French graduated from Central High School in the ‘60s. It was the alma mater for many in Louisville’s West End at the time. He dreamed of going to college but was discouraged, as was the case for many Black students in the day. He was determined to find a way.

He decided to join the Navy and upon finishing his military service, he married his high school sweetheart, Sandra, started a family and joined the workforce. His work life landed him at Philip Morris International, where he would spend the remainder of his career. During his time at Philip Morris, he began his education at UofL and was promoted through the ranks of the company eventually becoming a plant manager.

“He earned the respect he got,” said his second wife and widow, Ms. Mary Ruth French, noting that current Louisville Mayor Greg Fischer and former Mayor Jerry Abramson spoke at his memorial service. “He used his influence and position to help a lot of Black people get jobs, good jobs.”

In his last years at Philip Morris, his was transferred to Virginia and South Carolina until his retirement in the 1990s when he returned to Louisville and began collecting art.

“Tony appreciated art. He was impressed when he saw a Black person who had talent. He looked for it,” said Ms. French.

During a time when life should have slowed down, Mr. French put his foot on the gas and served his community. He was elected to several important boards of directors including being voted chairman of the TARC board in 2003.

“He was just a special guy.” she said. “He came up when opportunities were not always there for Black people. He took advantage of whatever opportunity that came to him.”

When Ms. French decided to downsize from the large home they shared in the West End, she knew that meant parting ways with some of his prized possessions. Understanding their value and knowing that she wanted to continue to build upon their shared dreams of renovating and expanding upon a shopping center they purchased a few years back, she decided to put the collection up for auction.

“I want to use his collection to continue the vision he had for the shopping center,” she said. The shopping center was the former Shawnee Shopping Center and is located in the West End between 38th and 39th street on Amy Avenue. The area also features a community garden started by Ms. French on an adjacent property to the shopping center.

Barry Thomas of Howard and Thomas Auction House first reached out with the story, excited when he learned of the collection and discovered that some of the pieces hold historical provenance as early studies of several Ed Hamilton monuments, including faces from the “Spirit of Freedom” monument in Washington D.C. which sits near the Howard University campus in the Shaw neighborhood. In total, Mr. French had eight Ed Hamilton studies and about 300 more pieces of art.

“He was a good collector in that he had a wide variety of things,” said Thomas.

As we spoke, Thomas and crew were in the process of transporting and cataloging the collection, including the Hamiltons. The auction will be one of the first to feature works from Ed Hamilton. Much of his work is very large and on public display.

“As an artist, your auction records determine your market value,” said Thomas, in hopes that Hamilton will establish an auction record that speaks to the importance and value of the great works he’s produced for many years. If the auction goes well, the legacy of Mr. French’s collection will have the chance to be shared and appreciated by many, but will be instrumental in cementing his dream of helping his community thrive.

“In retirement, he wanted to do something where he lived,” said Ms. French. “He didn’t try to go to the East End.”

“I shared that vision, that we need to develop things in our neighborhood as a source of pride for our people.”

The auction is scheduled to run from February 17-March 6 via the Howard and Thomas website.

[This article has been updated to reflect the new auction dates.]