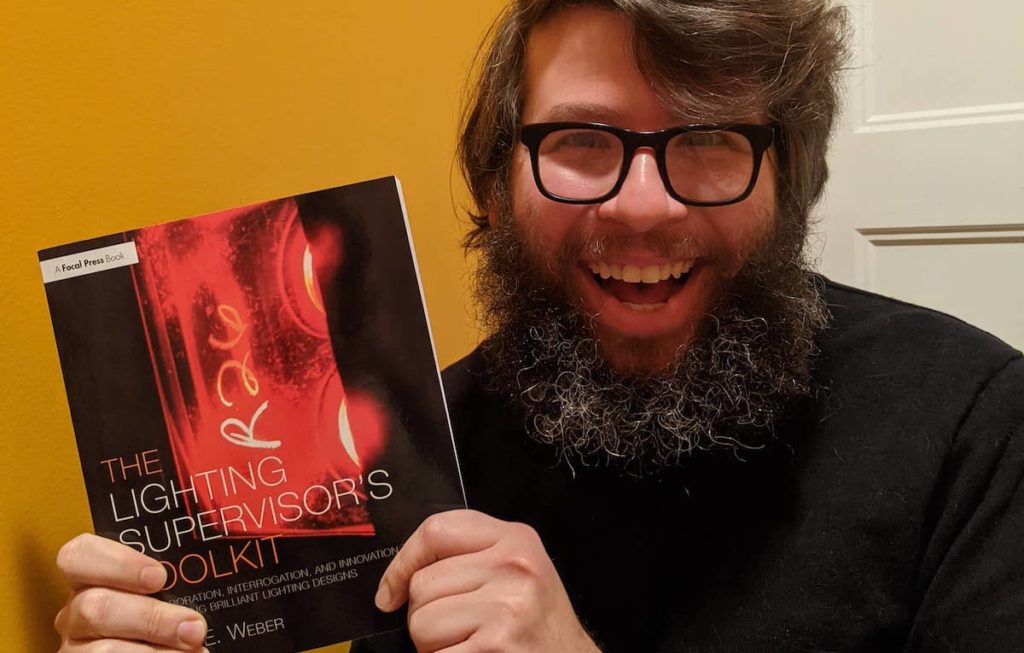 Jason Weber was, like most of us, going about his business as the lighting supervisor at Actors Theatre of Louisville when COVID happened.

“We were in the beginning of the Humana Festival, and we had opened the first show and were just about to open the second show,” he said. “We had done our rehearsal for the day, and then we took our dinner break before having the audience. We got the notification that we weren’t going to have an audience, and we were sort of playing it by ear. Over the next one or two days we decided that we weren’t going to have any audience from then forward.”

The theater was able to save a few jobs thanks to some early Paycheck Protection Program loans provided by the federal government, but by June, that money dried up, and so did Weber’s job. He’s since had a chance to do a bit of freelance work with the theater but nothing that tells him when or if his job as lighting supervisor will return.

“I got to be in the venue for the first time in 10 months just a couple of weeks ago,” he said. “My table that I would sit at was still there with my papers and my pen, where I’d sat my pen. It’s just sort of frozen in time.”

In 2019, before there was a COVID or a theater shutdown, Weber got to attend the U.S. Institute of Theater Technology’s conference. He’d been wanting to attend, but the conference was typically inconvenient for his busy work schedule, and this time, he got lucky. The conference happened at the Kentucky International Convention Center, just across the street from Actors Theatre. He could finally go.

“I actually presented on a panel,” he said.  “A publisher approached me and asked if I’d thought about writing a book. We started talking about different topics ,and we settled on this idea of me writing a sort of handbook on how to be a lighting supervisor.”

Weber said that the market for technician handbooks is slim: “There are a lot of books out there about design but not about technical and managerial side of things.”

After talking with the publisher, they established a timeline for Weber to begin writing the book in the Spring of 2020. “It was very fortuitous,” he said. “My actual work completely disappeared, and I was able to devote all my time to writing this book.”

The book, which was published in December, was able to help Weber sustain motivation through much of 2020 while writing.

The book, titled “The Lighting Supervisor’s Toolkit: Collaboration, Interrogation, and Innovation toward Engineering Brilliant Lighting Designs” is now being picked up by several technical theater professors to use in their courses.

Now that the book is finished and in print, motivation is a bit more of a struggle.

“One of the things that’s been really challenging during the pandemic time is staying motivated and staying committed to something,” he said. “Once I finished the book I was doing some online training and got some online certifications that were related to my work.”

“But, I’ve been struggling with more of that existentialism about it like I don’t know how long it’s going to last. Part of me is like I should take more classes or start the proposal on that second book.”

Now, despite the lull caused by COVID and completed projects, Weber is looking forward to what happens next when theaters reopen.

“One of the other good things about [the downtime in the industry] is that there’s been a lot of introspection,” said Weber. “A lot of things that have really been a problem have been put out to the forefront.”

He mentions the We See You White American Theater movement (weeseeyouwat.com). We See You White American Theater began as a conversation between three BIPOC theatermakers. It quickly turned into 30 and then 300+, according to the website. The members — including well known actors such as Sanaa Lathan (“Love and Basketball”), Uzo Aduba (“Orange is the New Black”) and Sterling K. Brown (“This is Us”) — have issued a list of demands for theaters to address.

“What’s been really exciting is that you’re actually seeing theaters releasing their own statements about what they are going to do when they come back and how they are going to — when they reopen — actively incorporate some of these things,” Weber said.

There are other groups trying to make sure that the theater world rebuilds more equitably as well. Weber mentions one working on shortening or eliminating long rehearsal times and another that’s focused on unpaid and low paid internships in theater. With all of the shifts in thought and hopefully practice, Weber intends not to miss out on the chance to grow with his industry.

“I want to be part of the innovation of the theater,” he said. “I hope that wherever I am when theater comes back — at Actors Theatre or wherever — that I’m part of that movement that’s trying to build back better.”