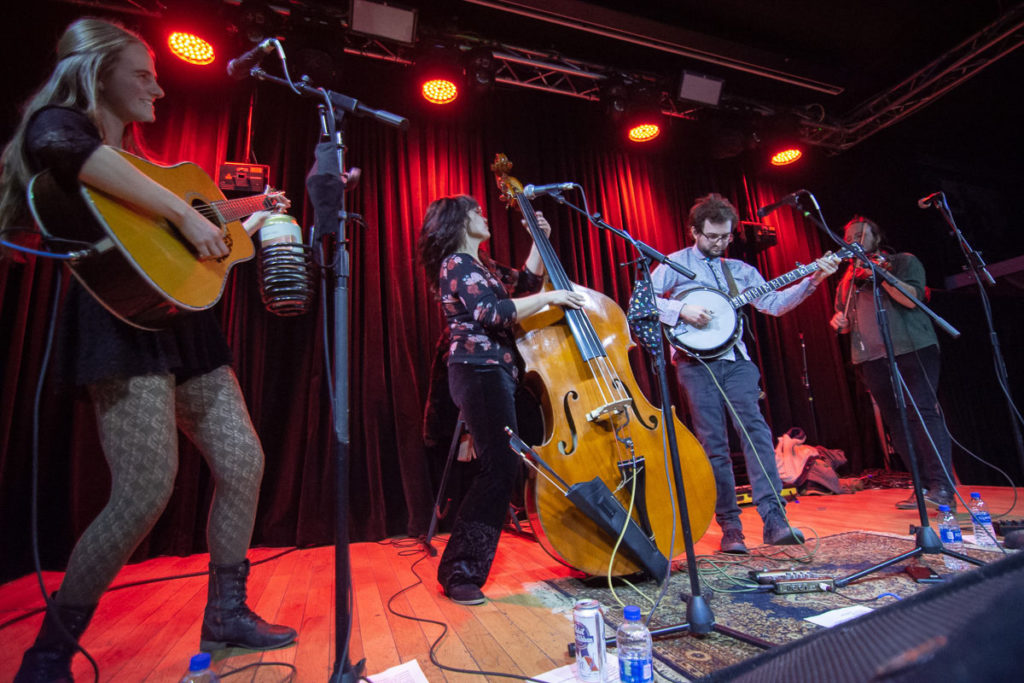 Saturday night was the second night of Mama Said String Band shows at Zanzabar. These are the first concerts at the venue since last March when COVID-19 shut everything down. They were an experiment of sorts to try to work out a path to reopen the venue while keeping everyone as safe as possible. Many things have changed, but others are largely the same.

Don’t worry. Vern, Louisville’s premier doorman, is still at his post just inside the door. He took everybody’s temperature as they entered the venue as a first safety step.

Masks, of course, are mandatory and enforced within the building. Further in, the bar is filled with plants that direct patrons to two locations so they can order food and drink behind a plastic curtain. Red ropes and six foot spacers on the floor also help keep the bar area socially distant.

It felt strange being at a live venue after so many months — like a muscle that hasn’t been used and is finally being stretched again. In a way, it was everyone’s first concert all over again and everyone had to learn a new sort of concert etiquette.

Saturday was not a night of shoulder-to-shoulder, standing-room-only music viewing. Tickets were only sold by the table. Arrangements of four-top and six-top tables were spread throughout the venue with at least six feet of distance between them. The tables closest to the stage were placed back at least 12 feet to create distance from the vocalists as they sang. Hand sanitizers were on every table next to a small sign with several safety rules everyone had to adhere to.

A few minutes after 8 p.m., Nicholas Jamerson walked out on stage to perform an hour-long set of somber country songs, many from his recently released EP. This was his first time being on stage since February of last year, and it would be completely forgivable to think he would have been out of practice, but he performed like he just got off stage a day ago. “I really needed [to be on stage]…this last year was tough but we made it,” he said while tuning his guitar between songs.

Mama Said String Band came out shortly afterward and was an upbeat reminder of how a live show can make one feel. This weekend was a two day residency at Zanzabar to celebrate the release of their EP, Mariah. The bluegrass quartet played songs about boxed wine, proclaimed “emo songs” and songs about the killing of Rachel Hoffman. They also showed no rust and kept the tempo moving with dueling violin/banjo solos and by slapping the stand-up bass.

These shows were a calculated risk — with COVID-19 burning through the world — but Zanzabar went to great lengths to make them as safe as humanly possible. The thought and care they put into making this a success is something to be admired. It was a paradox to feel strange about being in a venue and comfortable at a show at the same time, but Z-bar’s approach was a key piece of strategy to slowly work live concerts back into our lives.