At long last, the 2005 cosmic classic “Hellstar Remina,” by the unequivocal master of Japanese horror Junji Ito, has received its first English publication. This new translation is published by manga mainstay VIZ and is bound in a lovely blood-red hardcover tome with a tingly, lumpy finish.

In the not-so-distant future of the story “Remina,” famous astrophysicist Dr. Oguro has made a startling discovery. A mysterious planet has sprung into existence, coming to our universe through a wormhole in the fabric of space-time. Oguro names the planet after his own daughter, Remina. Zipping erratically through space at speeds that defy the laws of physics, planet Remina appears to have an appetite for its own kind, devouring anything in its path. Meanwhile, the population of Earth becomes unnaturally obsessed with the two Reminas, with one becoming the object of celestial wonder, while the other embraces her newfound stardom as a Japanese idol. Soon, our intergalactic menace turns its hungry eye toward Earth, transforming the once adoring crowd into a psychotic and bloodthirsty mob.

As much a tale of cosmic dread as it is about the dangers of power and fame, “Remina” wears its influences on its sleeves. From the obvious parallels to the works of H.P. Lovecraft and John Carpenter, it also brings to mind the insidious hysteria of fame like Satoshi Kon’s “Perfect Blue” or the films “Black Swan” or “Mother!” by Darren Aronofsky. Junji Ito’s particular brand of nihilistic horror may have you covering your face in fear, but with his engaging dedication to tension and his signature stark black-and-white atrocities, you will have a hard time not sneaking a peek through your fingers. 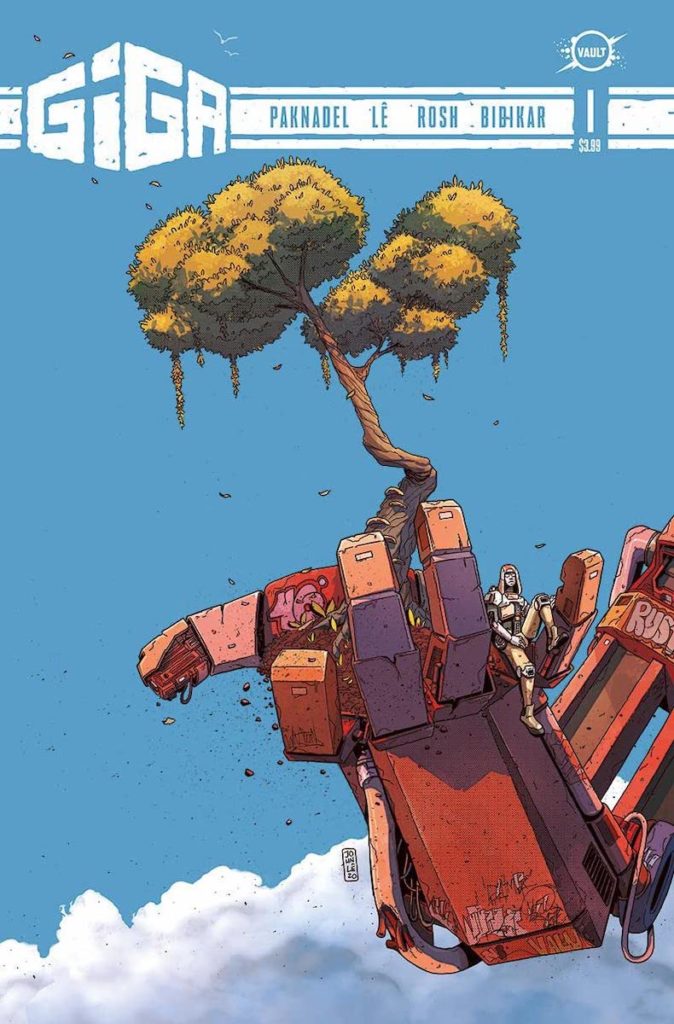 The Giga are, or were, Transformer-like beings, as large as skyscrapers. Their time is over though, and now their “bodies” are all that’s left. As the book opens, a group of people are in what appears to be a temple dedicated to the Giga. There is a holy man, complete with a holy book. These are followers, religious zealots studying their gods.

Evan is a deep thinker who wonders if humans aren’t a necessity to the Giga just as bacteria and such are necessary to the human body. As a heated discussion begins, tragedy strikes as an explosion rocks the temple killing the holy man and many of the followers. As the scene moves back, we see that the temple is actually one of many dead Giga that make up the city.

The story then moves to the future when “dusters” make war on those who worship the Giga. Evan is older now and comes home to his place where a human-sized Giga lives with — and is a friend to — him.  Their world is in chaos with warring tribes and roving thieves that Evan tries to avoid — sometimes successfully, sometimes not. Now, Evan is being pulled into the fray by those from his past as he tries to keep his friend from literally rusting away! This book got complicated! Hopefully, issue No. 2 will be an eye opener!