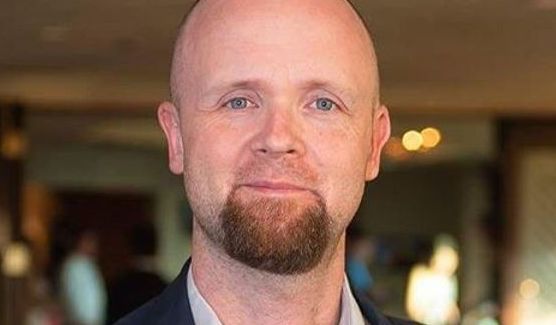 Neo-Nazis are setting up a compound in rural east Tennessee. The county commissioners see the threat clearly, but they are nobody’s idea of American heroic paragons. And those new neighbors just love to gain cachet and cash through extortion and manipulation.

Of course violence is a possibility under such circumstances, and there’s gunfire in the first chapter. But the shooter, and his rationale, and the initial repercussions are not what might be expected. There’s near-comic confusion, as we are being introduced to the supposed good guys by seeing their hapless sides. Author Charles Dodd White is once again finding new ways to deliver highly-literate Appalachian noir alongside timely food for thought.

The key is highly accomplished character development. For example, the sheriff here doesn’t readily earn readers’ admiration. Yet he’s even-handed, some of his smart-ass humor works, and he knows his job.

As if having some guns pulled out of their hands wasn’t bad enough for that commissioner and his peers and peeps, further frustrations follow. The new-to-town exploitative canards begin to accomplish a gradual triumph of the will, winning local acceptance through tactics like journalist-baiting, while keeping their most thuggish sides under wraps. The primary antagonist extols the message: “We are an intentional community that believes in reclaiming ethnic distinctiveness as part of our cultural identity. As part of that goal, we firmly support the laws and principles of the American ideal of individual expression and the right to self-protection.” Then he goes to his home and plans to amass a fortune by putting some innovation into local drug deals.

The supposed heroes talk a good game, but their actions continue to fall short of each other’s expectations. Meanwhile, readers are shown how some of the bad guys’ recruited muscle might have relatable concerns. If there are moments where the novel’s pace sags (a traumatic turkey hunt could’ve used some trimmings, if you’ll pardon the pun), readers experienced with White’s previous novels will know that a minor request of patience will pay off, come the denouement.

Sure enough, the climactic section bursts with action that’s particularly gripping due to what’s come before. Twists and comeuppances resonate. The grand arcs as well as intimate subplots become much more dynamic as they are whipped in metaphorical (and literal) storm.

We become a reflection of how we survive, White’s best work often says. Everything can generate the challenges that lead to our survival struggles: it could be accident of birth or a failure or success of community acceptance. Hearts and hormones can place us on the most reckless path or may ask us to see vital support where it’s not apparent. And, as people who live close to the land keep reminding us, nature will demand that it be allowed to play its hand — which often dwarfs what everyone else has tried to make happen.

Poet Jesse Graves will join the author for this week’s virtual event hosted by Carmichael’s Bookstore. Register under Crowdcast by clicking through the Carmichael’s website.