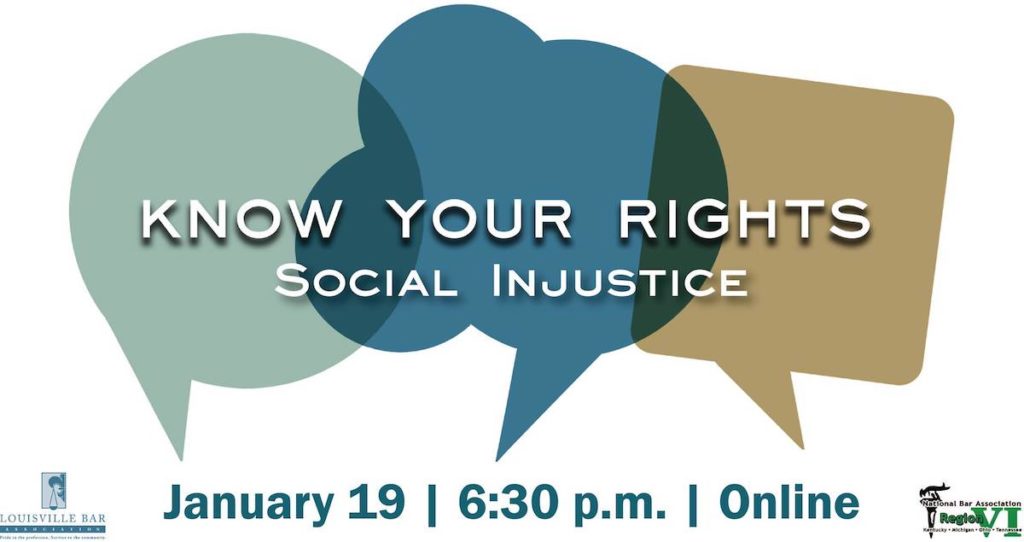 ‘Fire and Heart: A Blueprint for Liberation’
YouTube
Free  |  All day
This documentary about Louisville and Lexington’s protests against police brutality premieres today on YouTube. Local filmmaker Joan Brannon made the film and interviewed several local activists and Black leaders, including Jecorey Arthur and Hannah L. Drake. The movie debuts at noon, but will be available to stream “across several area media platforms and channels throughout January and February 2021.”

MLK Day: Gathering Strength and Moving Forward
Zoom
Free  |  2-3:15 p.m.
For Martin Luther King Jr. Day, the Kentucky Poor People’s Campaign is hosting this virtual event, which will tell the stories of multiple Kentuckians and will feature music to “lift our hopes.”

Change Education Center — Grand Opening
310 E. Broadway, Suite 102
Free  |  6:15 p.m.
Change Today, Change Tomorrow’s hub for learning, the Change Education Center, opens today with a ribbon cutting, “Meet the Team” panel, tour, Q&A session and a 7 p.m. raffle giveaway. With 93nightz and Watch Us Grow, CTCT’s Center will provide mentorship, educational assistance and help with family development. You can also donate an item or two to the Center by purchasing an item from its Amazon wishlist.

Know Your Rights – Social Injustice
Facebook Live
Free  |  6:30-8 pm.
The Louisville Bar Association is hosting this event for the public on “Social Injustice: The current state of affairs and how we can move forward.” Panelists are David James, president of the Louisville Metro Council; lawyer Marc Murphy; and UofL Professor of Law Cedric Merlin Powell.

Discussing Breonna’s Law For Kentucky
Facebook Live
Free  |  7-8 p.m.
Former Senate candidate Charles Booker interviews state Rep. Attica Scott about her bill, Breonna’s Law, which would ban no-knock warrants in Kentucky and make other police reforms. Learn more about it and figure out how you can get involved with promoting it. The interview will be broadcast on the Facebook page for Booker’s organization, From The Hood To The Holler.

FOP Contract Community Meeting
Venue available upon registration
Free  |  6 p.m.
Campaign Zero Kentucky is hosting this community discussion covering updates on contract negotiations between the city and the River City FOP union for Louisville Metro police officers. The FOP contract governs how officers can be disciplined and is currently too lenient, activists say. This meeting will also cover how to get involved.

Small Business Workshops
Pocket Change
Free  |  7-9 p.m.
Pocket Change, a storefront for Black businesses, is now hosting monthly workshops. The first is about Business Basics. The lessons are a collaboration between Change Today Change Tomorrow and Dope Designs by Nannie.

‘Where Did We Sit On The Bus?’
Online
$15 +  |  Anytime
Actors Theatre of Louisville’s version of “Where Did We Sit On The Bus?” — a solo show created in 2016 by Brian Quijada — is different for a couple of reasons: For one, Quijada has ceded his autobiographical role to another actor, or actress rather, named Satya Chávez. And also, this version is filmed and available to stream from home ­— pandemic style. The show is a coming-of-age musical in which  “a Latinx kid begins searching for her own people’s place in American history.” The performance is infused with rap, hip-hop and spoken word. The show will be available to stream via Actors Theatre’s website until May 31.