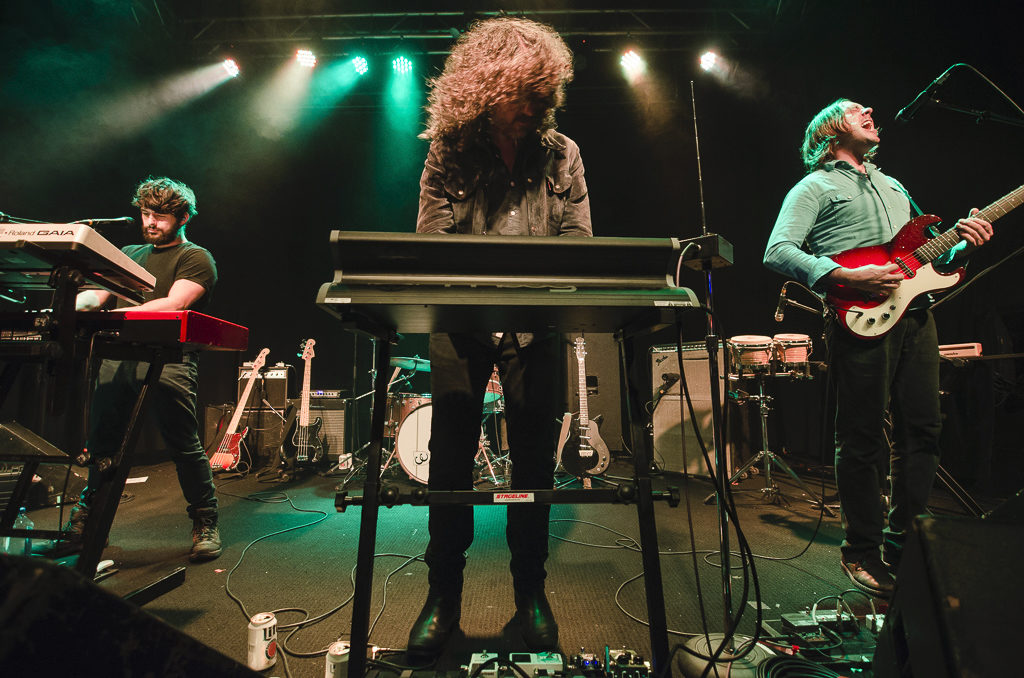 Headliners Music Hall co-owner Billy Hardison said that the future of indie venues is in the hands of the federal government. He said that he and many other indie venue owners and operators are risking their personal futures to keep their small businesses from closing, holding onto hope that they’ll be included in a second stimulus package.

“The glimmers of hope we’ve been given, and our need to want to believe in that now, as independent operators, we’re basically putting our own families more at risk,” Hardison said. “We’re leveraging our personal situations to save our businesses in hopes that Congress does the right thing and passes this.”

After the coronavirus surge largely crushed the idea of socially-distanced concerts in the final quarter of 2020, local indie venues are now desperate for a potential relief package that includes the Save Our Stages Act, which would establish a nationwide $10 billion grant program for live venue operators, promoters, producers and talent representatives. While volatile negotiations are dragging on in the U.S. Congress this week, local venue owners said that they’ve been accumulating increased debt and are taking on more risk yet refusing to shut their doors, due to the chance that federal support is on the way.

Hardison said that he and his partners at Headliners are depending on the Act to pass to take their business off life support. And, as the Kentucky precinct captain for the National Independent Venue Association, the lobby group behind the Save Our Stages Act, he said that he has heard from several venues in the same situation. “At some point you reach a wall where you start to reach into your savings, and you start looking at putting up your personal assets as collateral,” Hardison said. “We’re looking at loans for bridge funds, to get us over the hump, and that’s what everybody seems to be doing.”

Adam Hartke, a music venue owner from Wichita, Kansas, is the Advocacy Committee co-chair of NIVA. He appeared before the U.S. Senate Subcommittee on Manufacturing, Trade, and Consumer Protection on Tuesday. In a statement to LEO, he said that without immediate federal assistance the outlook for indie venues is grim.

“We are collectively at the edge of a cliff,” Hartke said. “Many of us are holding on as best we can, for as long as we can, but the time we are able to wait is almost gone. Without swift action from Congress before the end of the year, we are facing a catastrophic situation. Mom and pop venues are waiting alongside their workers hoping Congress delivers. We need to pass the Save Our Stages Act and an extension of PUA [Pandemic Unemployment Assistance] with an overall COVID relief package now, not next month, not in the spring. If we continue to wait, our industry will not survive.”

The Save Our Stages Act was initially introduced to the Senate in July by bipartisan sponsors — Sen. John Cornyn, R-Texas, and Sen. Amy Klobuchar, D-Minnesota. Since then, it’s gained more than 200 co-sponsors in Congress. The goal is for it to be included in a second federal stimulus package, talks for which have fallen through for several months now.

Stimulus talks have heated up this week in Congress, with government funding running out Friday night, but as the clock ticks, Democrats and Republicans are still at an impasse. It’s unclear what the chances are for the Save Our Stages Act to be attached to a stimulus package that would pass through the chambers of Congress and on to the President, but U.S. Rep. John Yarmuth, D-Louisville, said he will continue to fight for it.

“Today, we witnessed the first COVID vaccines being given to frontline workers, and with them, the beginning of the end of this wretched pandemic,” Yarmuth told LEO on Monday. “But for local businesses, the end won’t be soon enough — not without help. Without federal assistance, we will lose many of the cultural treasures that make our community special, not to mention Louisville’s 18,000 jobs in the arts pre-pandemic. I will continue to do everything I can to ensure the Save Our Stages Act is included in the next relief bill. So much of Louisville’s culture and character depend on it.”

Indie venues in Louisville range in capacity from just over 100 to several thousand, and they are all an important part of keeping the local live music ecosystem healthy. There are hundreds of live bands and musicians in town, and when they’re just starting out, the small stages can inject a sense of confidence and professionalism. And the medium stages can help them launch into touring.

White Reaper has played the entire spectrum of indie stages in Louisville. Over the past half decade, the band has gone from playing the city’s smallest stages to touring internationally. Keyboardist Ryan Hater stressed the importance of those indie venues of all sizes. “Growing up, going to independent venues like Skull Alley, and places like that back in the day, I would see people my age playing in a venue like that, and that made me want to play music,” Hater said. “That made me want to go start a band. There’s so many good places to see peers play music, and that’s just inspiring, or lighting the fire.”

One of the smallest live music venues in town, Third Street Dive might not book the big names that other venues do, but they have a lot of character, something often found at the tiny stages. And they still get bands from across the nation, an important boost for the venue, and a pivotal stop for a young band. “We draw bands nationally, not just locally, so we get known nationally, through bands that come from New York and LA and Las Vegas and Chicago,” said owner Lynne Frost. “So all of that is very important for Third Street Dive’s reputation as a live music venue.”

While Frost said Third Street Dive has received around $100,000 in grants and loans, she also stressed the need for more support, especially as a business that’s downtown and tourist dependent. “Basically, my sales are down 80% from last year,” Frost said. “There’s been no profit, we’re running in the red.”