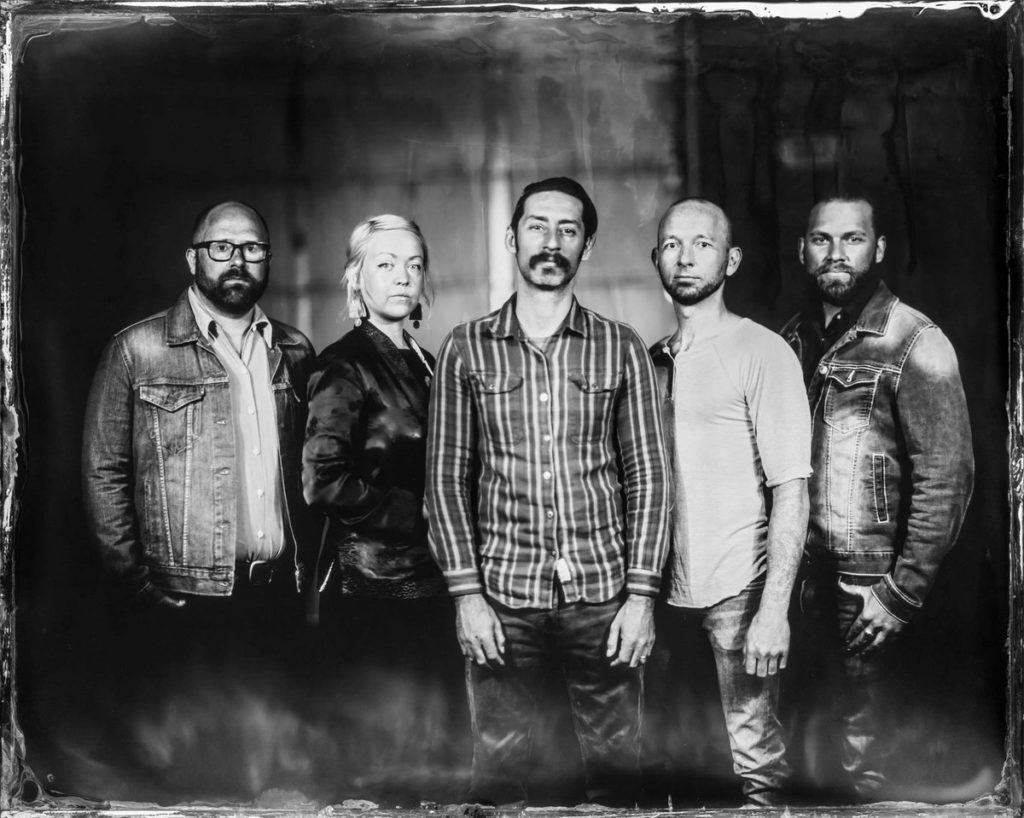 Christmas music is probably deeper, heavier and more nuanced than it gets credit for. Sure, there’s the eye-roll-inducing sing-a-alongs that exist for a quick hit of serotonin, but there’s also the material that deals with isolation, longing and despair, and on the other end of the spectrum, thankfulness, joy and appreciation. At first glance, Murder By Death, a band known for ominous tones and cutting songwriting, might not seem to fit the Christmas album mold, but it makes sense that they could capture the lightning of a season with crushing emotional weight. And that’s what they did on the 11-song album, Lonesome Holiday, a collection of standards, covers and a few originals, released on Dec. 1.

“We knew it was going to be a strange Christmas for everybody, so we were like, let’s do a somber holiday record that fits the mood of the year,” said singer/guitarist Adam Turla.

Lonesome Holiday isn’t here to provide a jolt of festive spirit — it recognizes the gloom that can cast its shadow over the winter season, and the doom and isolation caused by COVID-19 continuing its brutal course. The album also acknowledges the positives, but it doesn’t lean into escapism or shy away from reality.

“Murder By Death kind of touches on these big feelings, we don’t do a lot of middle ground kind of material,” Turla said. “That’s sort of the concept of this band, big stuff — really dark, really sad, really joyous.”

The band initially recorded a couple of Christmas songs as demos about half a decade ago, but shelved them. After recently reworking those songs, filling them out with more depth, they turned them into the layered and rich songs on Lonesome Holiday. And then, after they were looking for a project during the pandemic, Murder By Death started writing and recording more holiday music, rounding a seed of an idea into a full-length record with such classics as “Blue Christmas” and covers including Lindsey Buckingham’s “Holiday Road.”

“I didn’t want to work on an album of new material because we were still enjoying touring on The Other Shore, and it was a fan favorite, so it was like, let’s not do a regular record, let’s do something we never would have done,” Turla said.

Originally formed in Bloomington, Indiana and now based in Louisville, Murder By Death has released eight records of originals — first, 2002’s Like The Exorcist, But More Breakdancing and most recently 2018’s The Other Shore. Spearheaded by Turla and cello player Sarah Balliet, Murder By Death have established themselves as a fiercely independent rock band with a cult following. And that artistic freedom has led to experimental projects such as Lonesome Holiday. They’ve also recorded similar projects, such as a series of covers records that are available to patrons of their Kickstarter page, which sometimes funds their original albums. Turla said the covers projects keep things fresh with the band, and it also makes them all better musicians.

“We’ve all become better players by doing these Kickstarter covers albums,” he said. “They each have like 15 tracks on them, and they’re everything from jazz to metal to folk rock. We cover everything from Megadeth to Leonard Cohen on those things. It keeps you learning and what’s making these songs the way they are.”

Like many bands, Murder By Death had to cancel several tour dates, including a run in Europe. Turla and Balliet, who are married, also own the restaurant Pizza Lupo, adding to the challenges of 2020. Lupo temporarily closed early in the pandemic but is now offering take out, and Turla is proud that the restaurant was able to rehire people laid off in the spring.

Turla and Balliet are usually either traveling the globe or helping to run the restaurant, so a year in isolation has been daunting, but the writing and recording sessions for Lonesome Holiday not only gave them something to do, but also the ability to creatively explore challenging times.

Because Murder By Death might not seem like a band that would release a holiday record, Turla said it wasn’t until he released a short preview that the album started to see a lot of pre-orders.

“It wasn’t until that I did a sneak peak of the album, the first 15 seconds, of ‘I’ll Be Home For Christmas,’ suddenly the sales shot up and people were like, ‘Oh, this isn’t going to be like fucking ‘Jingle Bell Rock,’” Turla said, laughing. “There’s beautiful content out there and there’s winter songs, there’s the sadness and the bleakness of the season, there’s so much nostalgia.”

Lonesome Holiday is currently sold out of vinyl copies, but is available digitally on Murder By Death’s Bandcamp page.