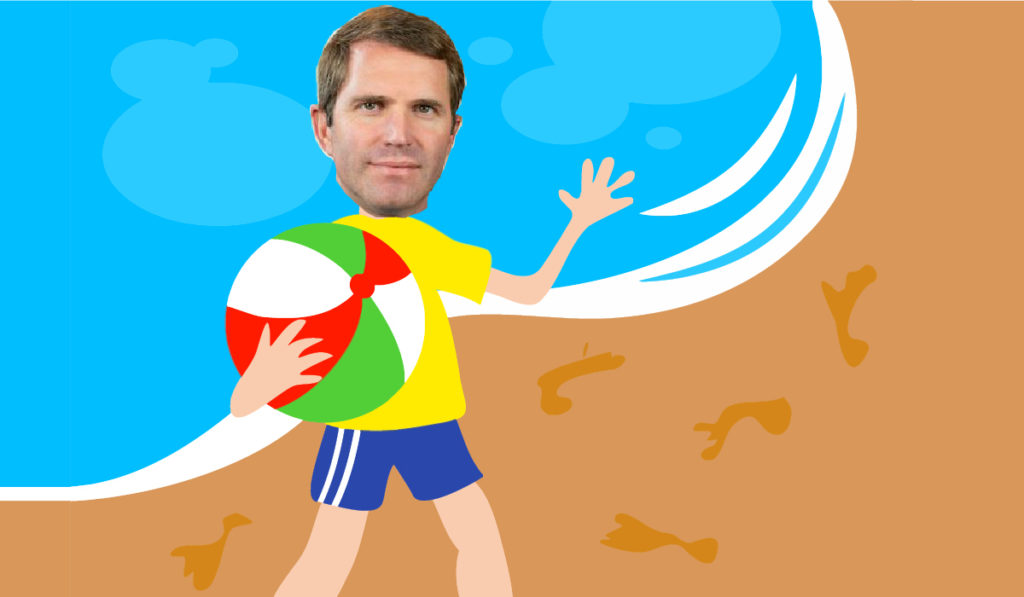 FRANKFORT, Ky. — Thirty-nine years ago, Ed Ryan, then the Frankfort Bureau chief of The Courier Journal, wrote a column headlined “Possible gifts for officials, first family.” Ed had great material to work with — Gov. John Y. Brown Jr., his appointees and wife Phyllis George Brown — and he made the column annual. Ed died in 1984, at only 45, but his journalistic legatees have continued the tradition.

Since our last renewal, the vivacious Phyllis George has passed on, along with several other key figures of that time, all to our regret; and we still suffer through the worst public-health crisis and the longest-contested presidential election in American history. If there was ever time to revive Ed Ryan’s mischievous spirit, this is it, so here’s the latest attempt.

Gov. Andy Beshear: He and his family deserve a long vacation to nearly coronavirus-free Hawaii. But the pandemic still looms and so does the more stoutly Republican legislature, so rest will have to wait. For the time being, some bedtime or vacation reading: “Governor Reagan,” by the great Lou Cannon, about a state chief executive who succeeded with a legislature controlled by the other party.

U.S. Sen. Mitch McConnell: A vintage CD of Ray Charles’ “Georgia on My Mind,” signifying why he waited for the Electoral College to vote until acknowledging the defeat of President Trump — whose help he wants in order to win at least one of the Peach State’s two Jan. 5 runoff elections and remain majority leader.

Also, after his thumping election to a seventh, six-year term despite being outspent by Amy McGrath, a trophy naming him Most Successful Politician in Kentucky History. He would like it to say Most Popular, but elections are binary choices, not pure gauges of popularity. Still, he’s 10-0, so don’t begrudge him a little hardware. (Democrats might give the title to Vice President Alben Barkley, who was majority leader and won 16 elections, but seven were for two-year House terms, and he lost the 1923 governor’s race.)

U.S. Sen. Rand Paul: A copy of the reference book “Plotkin’s Vaccines,” so he can bone up on science that he seems to have missed in medical school. Also, copies of the latest peer-reviewed works on coronavirus vaccines, which refute his assertion, based on his own case, that people who have had the virus are immune. There are documented cases of people getting it twice. This was akin to his baseless assertion that “The election, in many ways, was stolen.” Maybe he needs a vacation, too.

State Attorney General Daniel Cameron: A framed photo of Breonna Taylor, with three whistles attached, to remind him that three grand jurors blew the whistle on his inaccurate report of how his prosecutors guided the jury’s deliberations about her killing by Louisville police. In a review of his first year, Cameron said, “Sometimes the criminal-justice system is inadequate to meet a tragedy.” True enough, but when tragedy strikes, we need absolutely trustworthy performance from those who run the system.

Secretary of State Michael Adams: A dozen elephant figurines for his office, to help remind fellow Republicans that he’s a loyal party member and thus cool their displeasure about his cooperation with Beshear on election procedures in the pandemic, a bipartisan effort that set a national example.

State Senate President Robert Stivers, R-Manchester: A cup-and-saucer set, as a reminder of the metaphor George Washington used to explain to Thomas Jefferson why their new government needed a Senate: as a saucer to cool the spilling passions of the House. The analogy isn’t exact, but see next item.

House Speaker David Osborne, R-Prospect: A box of catnip, for symbolic help herding the cats that constitute much of his greatly enlarged Republican caucus — illustrated by most of his newly elected members’ refusal to wear masks during their orientation this month. Speaker Oz made no public comment about it, surely realizing that would be the first step to creating factions and losing control.

Senate Majority Floor Leader Damon Thayer, R-Georgetown: A copy of the exit poll showing that most Kentucky voters said they supported Beshear’s handling of the pandemic, contrary to Thayer’s baseless assertion that the election of more Republicans sent a message to reduce Beshear’s powers.

U.S. Rep. James Comer, R-Tompkinsville: A copy of “Alben Barkley: A Life in Politics,” by James Libbey, about his most prominent predecessor, which could guide him as he settles into his role as ranking member of the powerful House Oversight and Reform Committee, negotiates the crosscurrents of his party inside the Beltway and in his strongly pro-Trump district, and contemplates another race for governor.

Our readers and other citizens: Best wishes for happy holidays and a much happier year. Stay safe!