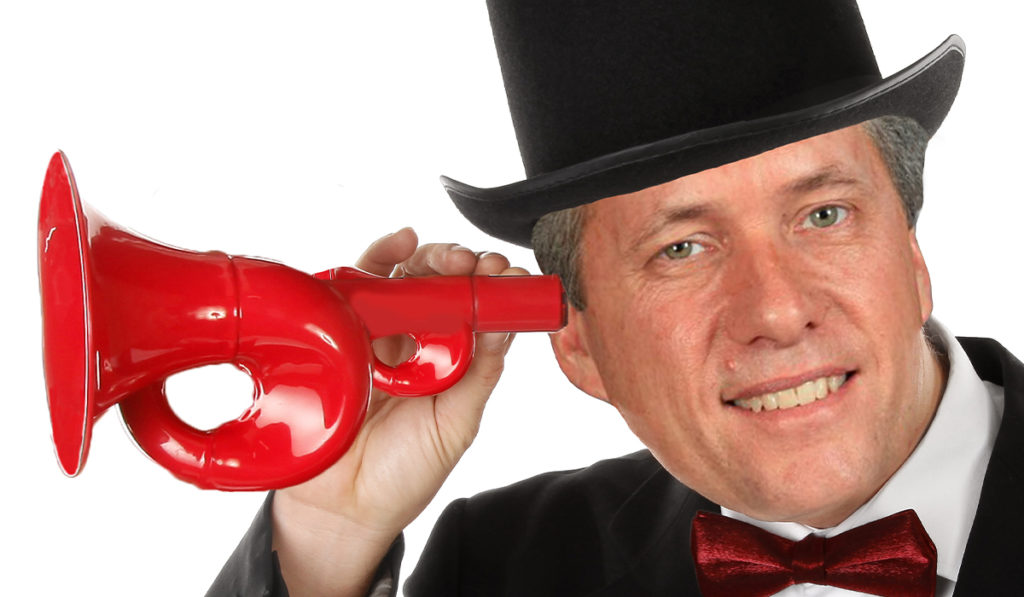 Mayor Greg Fischer has declared racism a public health crisis in Louisville and prescribed a cure: an Advancing Racial Health Equity plan. But, some Black leaders and community organizers say Fischer failed to properly consult them and the public during the creation of his executive order, signed Dec. 1.

“I know that we serve 1,000 folks weekly, and they didn’t call us,” said Taylor Ryan, executive director and founder of the nonprofit Change Today, Change Tomorrow, which serves the city’s Black community. “I know several other entities who are grassroots-led organizations who also did not receive a call. And this happens all the time when there are data reports, when there are statistics, when there are polls.”

According to a list provided to LEO by the Mayor’s Office, Fischer used a wide range of sources to inform the plan: “pieces” of the Build Back Better Together initiative, a coronavirus solutions group which contained focus groups comprising community members and leaders; a community survey in the search for a new police chief; the Resilient Louisville plan, a 2019 report that required community discussions; a list of recommendations provided by mostly Black leaders called A Path Forward; research from the U.S. Conference of Mayors; and Metro government department representatives, who consulted “their contacts.”

“Louisville Metro Government has been committed to engaging the community in all our work over the past decade, and we recognize that that’s key to achieving our overall goal of moving this city from tragedy to transformation,” said Jean Porter, the mayor’s spokesperson, in a statement.

Anthony Smith, the executive director of Cities United, was one of the community leaders who signed A Path Forward, and he was also a part of the Build Back Better Together Initiative. And, yet, he doesn’t think the mayor’s administration did enough to engage the public.

“I think folks have been asking for the city to make racism a public health issue. So, I think you know it’s good you see that it’s done. But I also think that there was a missed opportunity to do it in partnership with those who have been really on the ground pushing for it,” he said.

Also, he said he did not know the Build Back Better Together initiative would be used to create such a plan, and as such, he doesn’t feel as if he was a part of that process. With his Build Back Better Together group, Smith has been working on how the city should proceed with public safety as it emerges from the COVID-19 pandemic. The mayor did not sit down to talk with A Path Forward either, he said, which has since become a group that regularly meets in small teams.

During the mayor’s presentation, Fischer thanked Keisha Dorsey, a Black council member whose district includes Shively and West Louisville, for helping him with the executive order. She told LEO that his declaration in and of itself did not require “community input beyond that in which he already had.” She views Fischer’s accompanying plan as a “skeleton framework” outlining areas where racism is most detrimental to the community, which will be enfleshed later in a process that will require community engagement.

“What I think should occur after this are task forces to create very detailed strategies that address not just the issues outlined in the executive order, but also those that we hear from the community,” she said.

But, Porter characterized the mayor’s plan as containing “dozens of specific action steps,” many of which are already being implemented. However, it is also a “living, breathing plan,” she said, that is open to edits.

“… As new ideas or strategies are proposed (such as the forthcoming proposals from the Build Back Better, Together initiative), they will be reviewed and potentially incorporated,” she said.  “Our hope is that community groups, businesses and individuals will embrace the tenets of the Mayor’s Executive Order, review the fuller plan and offer thoughts on how to strengthen it, and work with us to drive strategies forward that build racial equity throughout our city.”

The community, said Smith, is watching for what comes next, but he and other local Black leaders — including Chanelle Helm with Black Lives Matter Louisville — are skeptical that the public will be properly engaged in the mayor’s next steps, either because, as Helm said, they won’t be asked or, as they both said, because they’ve been disenfranchised by past actions and community engagement efforts from Metro government.

“Nothing of what [Fischer’s] doing is any different than what he’s done before,” Helm said.

The mayor’s racial equity plan contains seven focus areas, such as public safety and children and families, each with its own set of “action steps,” totaling over 40.

Several of the action steps have been previously proposed by the mayor or are already in the works, such as a $3.5 million contribution to a community grocery store, which Metro Council passed in its budget this summer.

But, the action steps don’t come with an implementation date, and in many cases, a dollar amount. Some will require budget approval (such as doubling funding to the Affordable Housing Trust Fund), and others cannot happen without changes to state or federal law (such as a minimum wage increase).

These are problem areas that members of the community already had been talking about, said Smith. And, because of that, they have plans in some cases on how to tackle them.

“The ideals are good things, but we’ve got to have the right stuff around it,” he said. “And I think part of that is some of this could have been pulled from the community activists and community leaders that have been part of this for a long time.”

Ryan said that it’s important to consult organizers like her, because they are in touch with community needs.

“There is such a disconnect between the larger organizations in the city and the actual people that they so call serve,” she said. “They’re not a great representative of the people because they don’t even know their names, they don’t know where they live, they don’t know how many kids they have. They don’t really know their needs. Oftentimes people will ask for one thing and an organization will give them another.”

In the meantime, Dorsey is working on putting together a legislative agenda that she said will complement the mayor’s executive order but also go beyond it by including more specific, targeted goals. She’s developing her agenda through her work on the city’s Trauma Resiliency Community Team, which she said is equipped mostly with representatives from nonprofits and academia who work with people on the grassroots level and a few from the corporate world.

They’ve been reviewing various documents from the community, she said, including A Path Forward and demands from several groups and people including Breonna Taylor’s family, the Kentucky Alliance Against Racist and Political Repression and even a set that Dorsey was handed on the streets of West Louisville. Eventually, Dorsey plans to host feedback hearings with the community via Facebook.

BUILD BACK BETTER TOGETHER

The problems that community members have observed with how the city came up with its racial equity plan — and its other initiatives over the years — are represented in Ryan’s and others’ experiences with Build Back Better Together.

The initiative was announced at the end of May — just as public outrage over Breonna Taylor’s death was swelling into mass protests and before reforms were being discussed.

Build Back Better Together was described as a way to forge solutions on how to recover from the COVID-19 pandemic. It would have “equity at its heart,” however, and address root causes of inequities, said Chief Equity Officer Kendall Boyd in the city’s press release announcing it.

The initiative, known as BBBT, would have a steering committee comprising leaders in government, business, the nonprofit sector and the community, as well as neighborhood representatives. And, there would be seven teams covering different focus areas including arts and culture and the economy.

As Smith said, the mayor’s racial equity plan was not mentioned at the meetings he attended.
Dorsey, who is also involved with the initiative, said she saw the group’s purpose as addressing COVID-19 but also social and racial justice. But, she is not sure if members were told that they’d be contributing to a racial equity plan. Although, she said, there were members of the Mayor’s administration at the meetings who were reporting back to him. There was also a variety of people involved in her focus group, she said, including community activists who organized Louisville’s racial justice protests.

On Wednesday, BBBT leaders announced a list of priorities for Metro government to work on next year, several of which went beyond coronavirus and into the realm of racial equity through the lens of the local economy, health and police reform. One idea suggested partnering with Greater Louisville Inc. to create a challenge document for businesses to set goals related to Black employment and leadership. Find the rest here.

Ryan was one of those asked to join BBBT. She attended one session, because she wanted to have “a seat at the table” and hear what was being discussed. But, she never returned.

Ryan said she felt as if having multiple work groups wasn’t effective. She also didn’t think anything concrete was done at the meeting. That’s not how she operates.

“I don’t understand why I’m sitting on meetings, councils, boards and there isn’t action created from every meeting,” she said. “So, it’s a lot of visioning and a lot of planning, but not a lot of actual implementing.”

Plus, as the director of a small charitable organization, she’s not only doing service work but administrative tasks: answering phones, emails and promoting the nonprofit through social media and media communications. She just didn’t have the time, she said.

Helm, with Black Lives Matter Louisville, has served on community engagement groups created by Metro government before, such as the Synergy Project Steering Group, which was supposed to collect ideas on how to repair trust between police and the community. She wants more community members to serve in groups, too, because even though they might think it’s “bullshit,” someone needs to be there to quash it, she said. But, she can’t bring herself to join another one.

“It’s a bunch of people fronting and stunting about the things that people need when they know that they can actually give up that seat and give it to somebody else,” she said.

Smith said he’s not sure if the mayor will be able to elicit feedback on his plan from the people he needs most.

“I think that’s one of the struggles right now,” he said. “There are a lot of people to reach out to, but are people willing to be at the table now?”

Helm said the city needs to change how it consults the community.

“We’re sitting there asking them to really invest in community organizers,” she said. “The shit that they’ve been doing doesn’t really work. You’ve got to get people who are willing to meet people where they are. Talk to people on the streets, create new spaces and stuff. And they’re just not really willing to do that.”