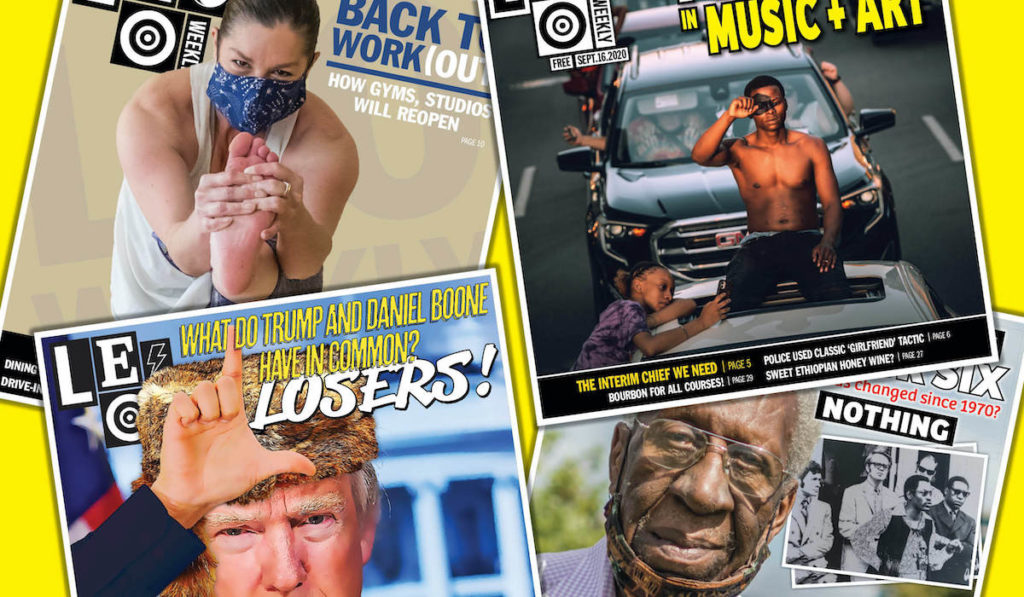 You might look back through your stress-clouded memory to see that the year started off with great normalcy and ennui if not promise and joy — for one, Gov.-reject Matt Bevin had been vanquished!

But by March, it all went to shite, as the secret news of the coronavirus began to leak from President tRump’s bunker. Fortunately, Gov. Andy fulfilled his promise to not be a Bevin-sized dick and actually led Kentucky, earning national plaudits and local, Republican scorn.

And, then, we learned of the heartbreaking death of Breonna Taylor. Her death, initially lost in the miasma of COVID-19, contributed to the critical mass of Black deaths by cops that then converged into a national if not international movement that remains today.

So, those two topics dominated LEO’s pages and energy. And they should have. Let’s hope that 2021 becomes virus free but that we continue to say Breonna Taylor’s name as the city and state move toward racial justice and equality.

Read them via the hyperlinks below:

The revolution will be streamed: Livestreamers redefine journalism during protests

While the Democrats and GOP bicker over religiosity, the virus is winning

Photo Story: What is it like to self-isolate during a coronavirus scare?

Karen Is You, by Hannah Drake

Louisville Antifa: Inside Two Of The City’s Most Militant Activist Groups

A bartender on how the service industry will change

No Festivals! Economic pain is deep and wide