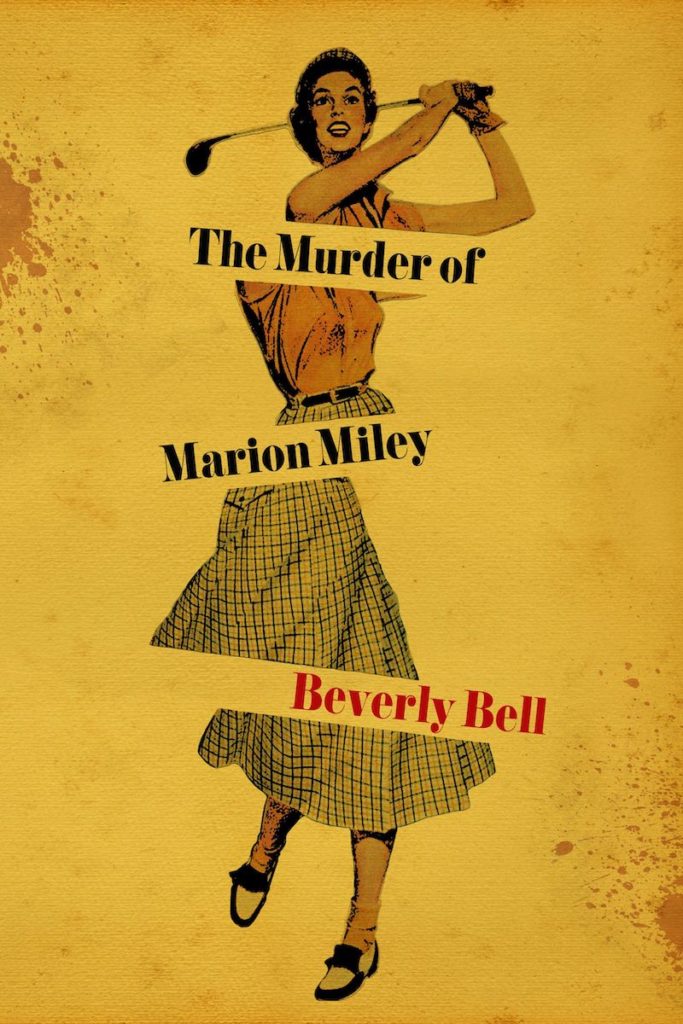 Novelization of true crimes: In the five-plus decades since it was begun with Truman Capote’s big bang, this genre of writing/publishing has expanded phenomenally. The core concept is still fascinating, given that the fundamental feature organizing bookstores and libraries is division between fiction and nonfiction. True crime novels, it would seem, are The Little Bastards that Could.

Among the ways that true crime authors set and maintain hooks in their readers is through establishing a need for lots of time-period detail, or matters of geographic curiosities, or knowledge of special skills. Author Beverly Bell is very well prepared, as her historical tale is brimming with all of these: a murder case with a primary victim whose success brought her teasingly close to being a household name; settings featuring old-money institutions in the Bluegrass and beyond; and the world of 1930s golf, when many of today’s “hallowed traditions” had barely gotten off the ground.

Often true crime novels are at their best contrasting the lives of victim and perpetrator. Bell sets this up in outstanding fashion, with thoroughly researched reportage alongside realistically imagined dialogues and might-have-happened vignettes. Of course it’s easy to be sympathetic with the young golfer of the title. But we also get a very full picture of the harsh luck of one Tom Penney, who doesn’t see how his decisions (and sometimes indecision) lead him on a downward and tragic path.

The author’s bio cites her magazine-writing, and part of the greater enjoyment in this read is how the best of the short chapters stand by themselves but simultaneously play out careful threads of continuity. The details aren’t shoveled on in piles, so it’s a gradual process that readers come to know of tangential matters like the involvement of Bing Crosby (or, closer to home, Kentucky historical figures Happy Chandler and Robert Bingham). And there’s poignant — but not sentimentalized — consideration for matters such as the ambitions of the man who must face his own history in the wake of losing his daughter. (“The excitement when you understand you play better than most; the bitter pill when you realize you’re still not good enough. The chill when you spot that spark in your child. And then the fear. Of wanting her to be like you, but not too much.”)

Full appreciation of true crime books can depend on how they stick the landing. A trial and the ratcheting tension toward punishment aren’t the full picture — there’s also portrayal of resumed lives for the survivors of violence. This can be a difficult final act, as the slam-bang action and courtroom drama have been left behind, so the remaining pages are a major shift with reduced excitement. One model for doing this well is Joseph Wambaugh’s “The Onion Field,” where aftermath incidents and dialogue are very carefully limned to maintain a controlled field of concern. Bell goes further afield, and this is likely to work best for readers already interested in true crime in general, or specifically this crime’s period or place or specialized interests (e.g., women’s roles in sports). Numerous chapters thoroughly peek in on Marion Miley’s closest friend, as well as the saga of Miley’s father. The author has worked hard to build reader investment in these people — but a percentage of the later chapters don’t fully realize the sought-after balance of revealing flashbacks, contemporary realizations, and metaphors for greater concerns. Some just move the characters along in realistic struggles of grieving, until the wrap-up offers opportunities for healing.