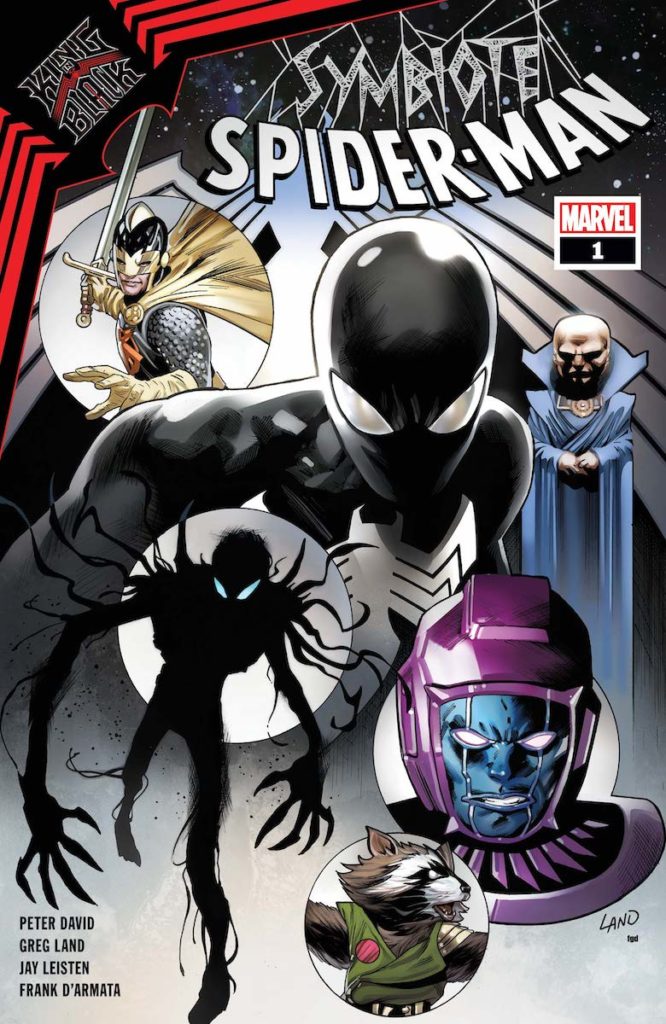 ‘Symbiote Spider-Man: King In Black’ No. 1
Writer Peter David and artists Greg Land, Jay Leisten and Frank D’Armata
Review by Krystal Moore, The Great Escape Louisville
At the end of Marvel Comics’ Secret Wars storyline, Peter Parker’s costume is destroyed on an alien planet. He’s given a new one, all black and with the ability to seemingly read the mind of the person wearing it. Fast forward, and he’s back on Earth, and he’s out and about doing your average superhero stuff like saving kids from getting hit by cars and such while unbeknown to him Kang the Conqueror has kidnapped one of The Watchers to help him “save the universe.”

If that’s not enough craziness for one comic, add in a visit to the Ravencroft Institute for the Criminally Insane by a mysterious shape-shifting entity looking for a host. Peter Parker just so happens to be on assignment there as all the people in the building are being turned into inky black, physically powerful beings. How is all this connected and why does one of them call Peter “brother”? Before it’s over, we go out into space and run into even more guest stars! The next chapter of this story is on sale Dec. 2, “King in Black” No. 1. Sheesh! • 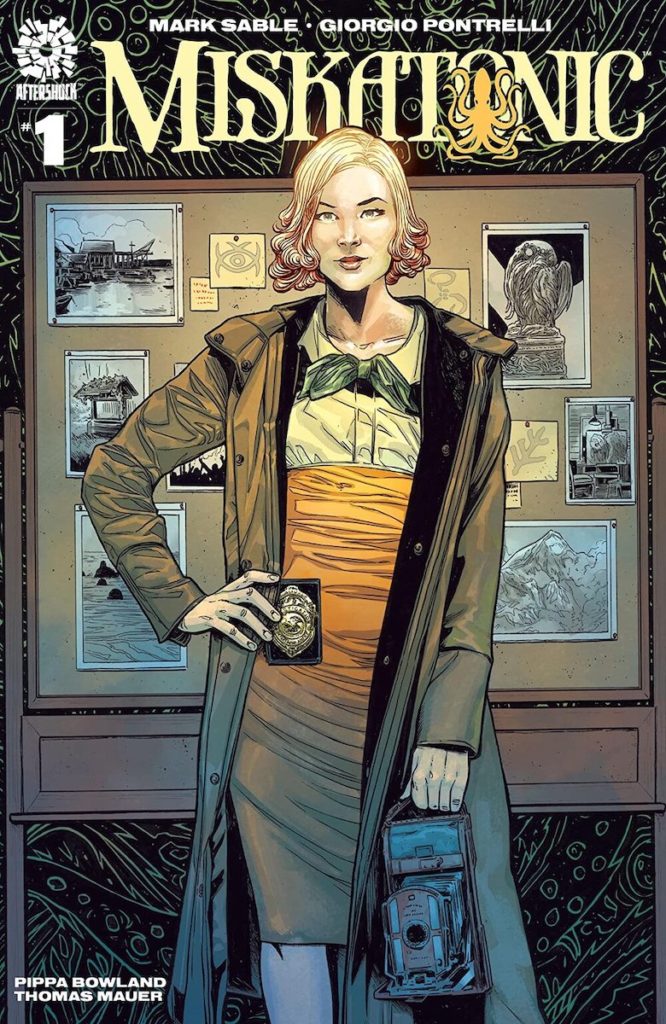 ‘’Miskatonic’ No. 1
Writer Mark Sable and artist Giorgio Pontrelli
Review by David Williams, The Great Escape Louisville
Eldritch horror, Anarchists, and the Klan, oh my! That’s what you’ll find inside the sickly green pages of “Miskatonic” No.1, a new horror mystery series from Aftershock.

The year is 1924. Women can vote, alcohol is banned, and freshly appointed head of The Bureau of Investigation J. Edgar Hoover has a special assignment for Agents Miranda Keller and Tom Malone: head to the sleepy hamlet of Innsmouth, Massachusetts to investigate the gruesome death of Ephraim Waite, and do it quietly. Upon their arrival, they receive a not-so-warm welcome from the locals, who still exhibit symptoms of a century-old plague, giving them their signature green skin and creepy “Innsmouth Look.” Deeper digging by the bickering sleuths reveal the sinister hooded Order of Dagon may be behind the strange occurrences.

Miskatonic is immediately intriguing, using its alternate historical setting to bring some social commentary and inherent dread to the forefront. Additionally, the art and coloring add a real sense of queasiness. I can practically smell the salty sea air and dead fish rotting on the dock. FFO: “The X-Files,” H.P. Lovecraft and “Boardwalk Empire.” •