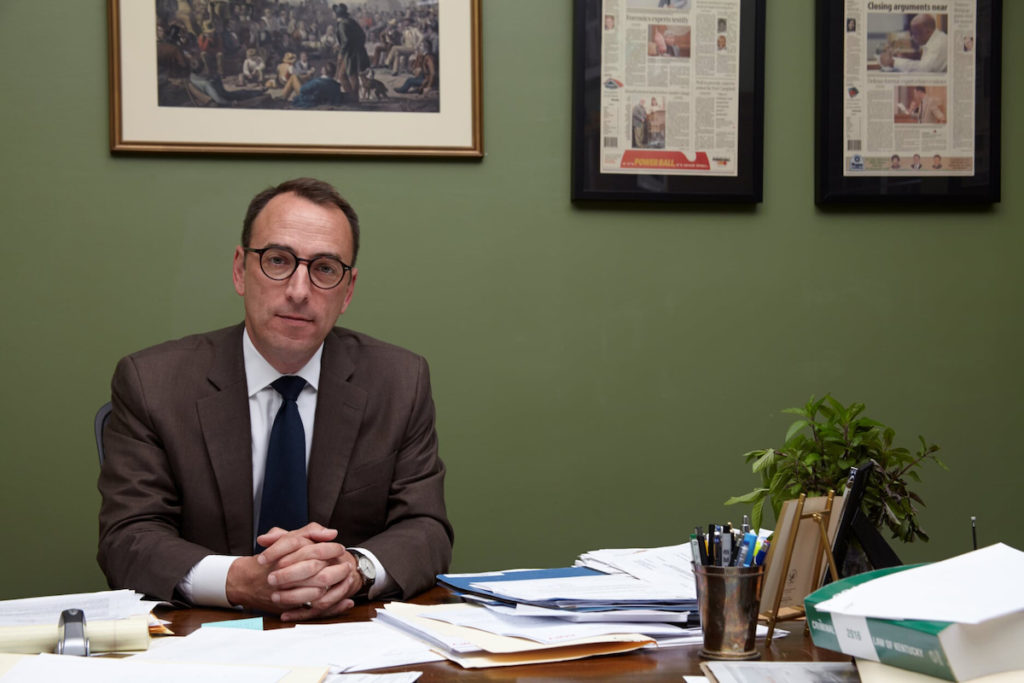 Well, that’s that. On Dec. 4, the Kentucky Prosecutors Advisory Council denied the request of Breonna Taylor’s family to appoint a special prosecutor to investigate the circumstances of her killing. Taylor’s family had asked PAC to appoint a new prosecutor to review the Kentucky Attorney General’s performance and potentially present charges to a new grand jury. In a cramped, narrow reading of the law, PAC said no.

A provision of Kentucky law allows for the appointment of a prosecutor when the local commonwealth’s attorney is “absent.” Absent — that’s the word for Jefferson County Commonwealth’s Attorney Tom Wine throughout the whole Taylor mess. After incorrectly charging Taylor’s boyfriend Kenneth Walker, Wine asserted a conflict of interest and has maintained a deafening silence ever since. He has been absent.

But Wine has not been alone. Every elected Kentucky prosecutor who has touched the Taylor case, from Wine to Attorney General Daniel Cameron, to the prosecutors who make up the bulk of PAC have failed to pursue the case diligently. Their inaction communicates that the life of an innocent woman killed by Louisville police officers means nothing compared to maintaining the status quo of treating police officers as special under the law. History will not be kind to them. They will join a long roll call of politicians who ignored the lives of Black victims in favor of continuing a two-tiered system of prosecution: one for police officers and another for the rest of us.

In 1957, President Eisenhower dispatched federal troops to Little Rock, Arkansas, to enforce the Supreme Court’s mandate to integrate public schools. In 1962, President Kennedy sent U.S. Marshals to Oxford, Mississippi, to integrate the University of Mississippi. Both of these federal interventions were necessary because locally elected officials refused to do their duty and follow the law. When president-elect Joe Biden and vice president-elect Kamala Harris take office, they will nominate a new U.S. Attorney for the Western District of Kentucky. Somewhere in Kentucky, there is a man or woman who will, within the next few months, assume the awesome responsibility of enforcing the federal criminal law in about half of our state. I would like to address that person — simply as a citizen and as a fellow member of the bar.

Sir or Madam: Your state counterparts have failed the citizens of Jefferson County. An innocent Black woman was killed by police officers who were serving a warrant probably based in part on false information. Louisville Metro Police detectives believe that the officer who obtained the warrant should be investigated for possible criminal conduct. Our local commonwealth’s attorney hastily charged the woman’s boyfriend with attempted murder. After it was shown that those charges were unsupported by the facts, he dismissed those charges.

He has sat silently in the face of months of protests asking for a thorough investigation. Our attorney general was not candid with us. He told us things on television that were incorrect. Three brave members of a grand jury took the unprecedented step of asking to speak publicly about their experience as jurors. When allowed to speak, they openly and clearly contradicted the attorney general. When the PAC, a body of prosecutors with the ability to set this right, was asked to intervene, it refused.

Our state-level prosecutors have failed us.

Now, we turn to you, our federal prosecutor. We ask you to join a long line of federal officials who have stepped into the breach and righted wrongs that local authorities were all too willing to see ignored. You have the power to clean this up. Please, exercise your authority and investigate the facts and circumstances of Breonna Taylor’s killing. Give the citizens a full and complete accounting of what you find out.

When asked during the vice presidential debate whether justice had been done in this case, now-vice president-elect Harris responded, “I don’t believe so … And her life was taken unjustifiably and tragically and violently.” These are the words of a former career prosecutor, a trial prosecutor, a district attorney and a state attorney general.

As you assume your duties, please remember, too, the words of Robert Kennedy, who was the Attorney General of the United States when those U.S. Marshals were sent to Mississippi. He said: “Every time we turn our heads the other way … when we tolerate what we know to be wrong, when we close our eyes and our ears … because we are too busy or too frightened, when we fail to speak up and speak out, we strike a blow against freedom and decency and justice.”

Investigate this case properly and pursue the truth.