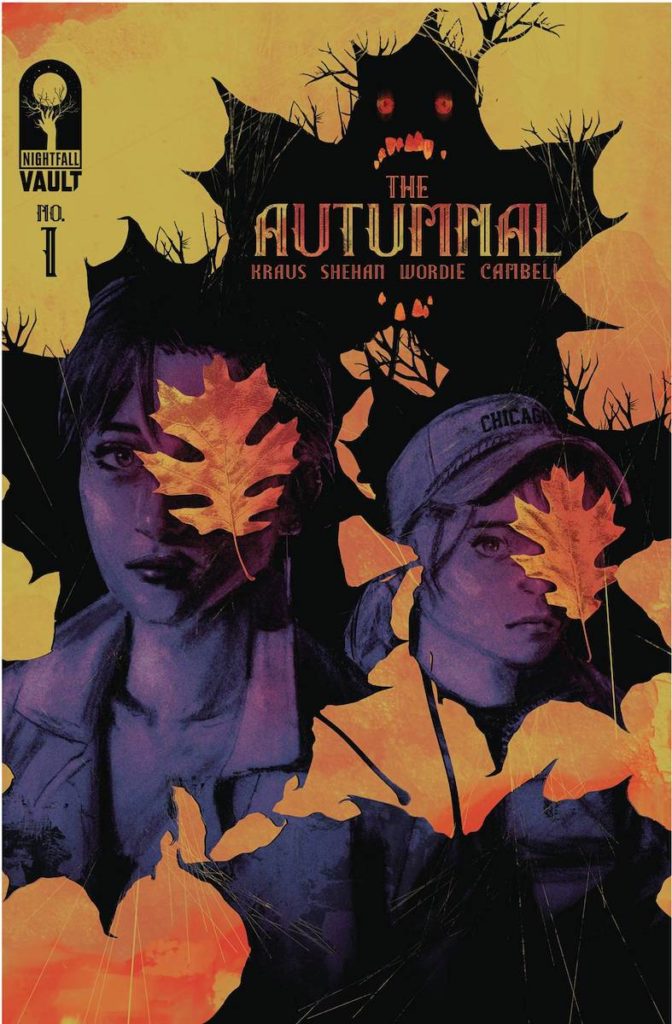 ‘Review of The Autumnal’ No. 1
Writer Daniel Kraus and artists Chris Sheehan and Jason Wordie
Review by Krystal Moore, The Great Escape Louisville

Kat Sommerville is a single mother on her way to a conference with the principal from her daughter’s school. We see pretty quickly that neither fit into what society would call normal-acting women. The scenery of the town is dark and grimy, colored mostly in steely blues by artists Chris Sheehan and Jason Wordie. That evening, Kat receives a phone call informing her of the death of her mother, Trudy. Neither Kat nor her daughter Sybil are overly upset hearing the news, but finding out she’s left her house to them is quite exciting. With nothing keeping them in the city, they pack everything they have, including Stephen King’s book “The Eyes of the Dragon” they’d borrowed from the library that day, and take off for a new start. When they arrive in their new town of Comfort Notch, the colors burst off the page in warm hues of red and orange. Daniel Kraus’ story takes a dark turn though, and we find the town may not be as pretty as it appears to be on the outside. 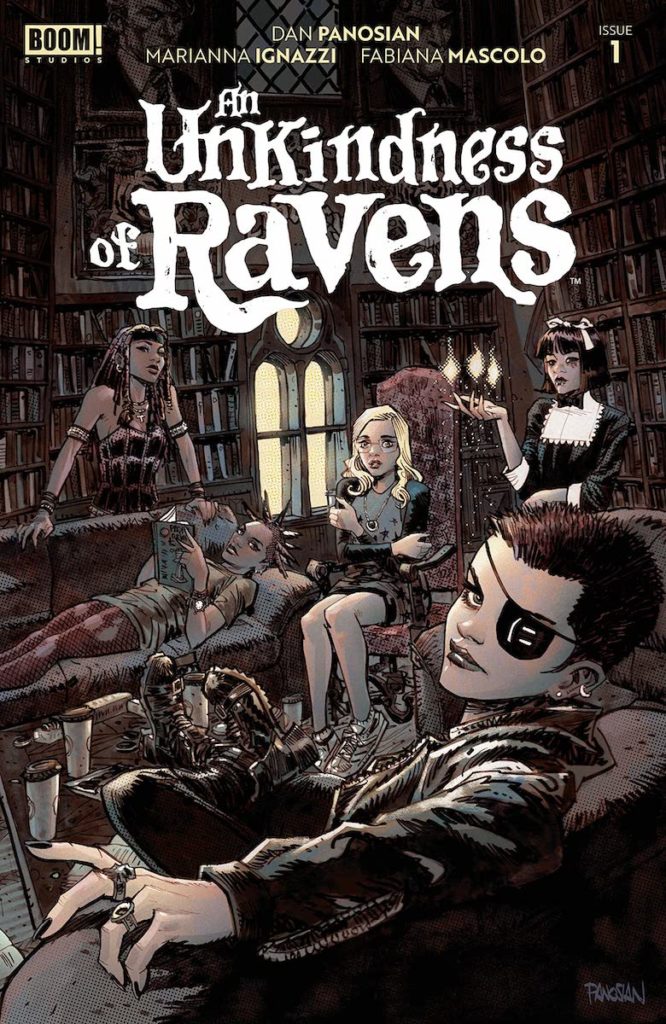 ‘An Unkindness of Ravens’ No. 1
Writer Dan Panosian and artist Marianna Ignazzi
Review by Krystal Moore, The Great Escape Louisville

With a title like that, you knew I’d pick up “An Unkindness of Ravens” No. 1. So far it is a bit of a spooky version of “Mean Girls.” Wilma Farrington is the new girl at Dansforth High School, which is hard enough, but add in her uncanny resemblance to a missing girl, and it gets downright bizarre. She’s even been given the girl’s old locker, which when opened has a glowing invitation to meet “by the birch trees”, that apparently, only she can see. We meet the beautiful, rich girls as well as “the Ravens”, a group of outsiders who are decidedly witchy and obviously at the opposite end of the school’s social hierarchy.  Which group will she choose to befriend and what happened to the missing girl? Hopefully, issue No. 2 will give us some answers!