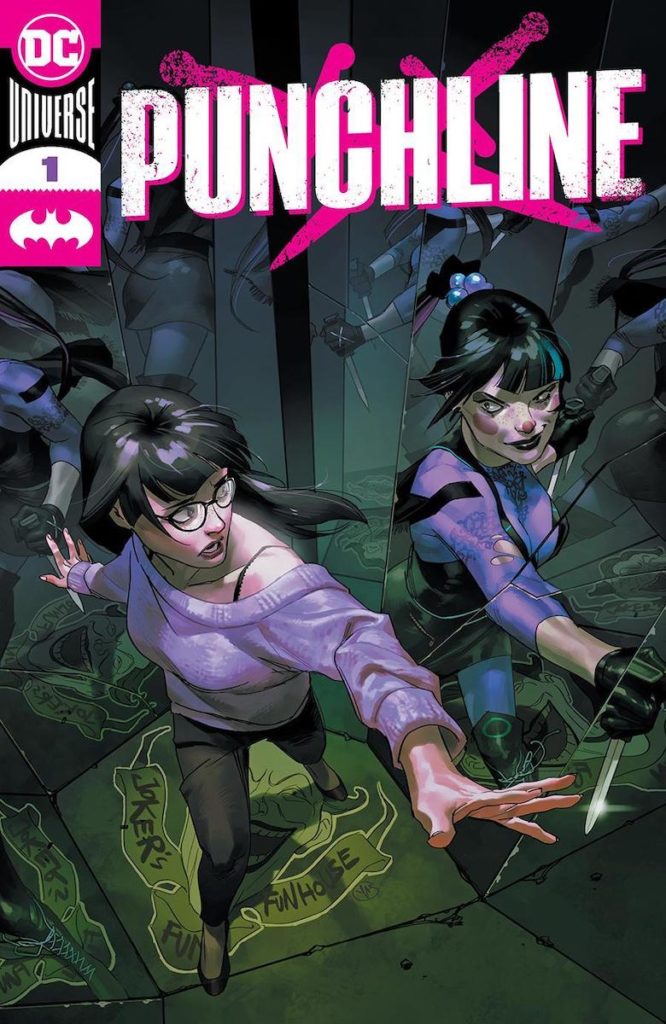 It all starts on a school field trip to a TV newsroom when the Joker picks Alexis Kaye from the group of high schoolers to read his message to Gotham City on air, after he’d killed the professional newscasters in front of them.

“Punchline Special” No. 1 carries on the origin story of DC’s new character who made her debut in the Joker War storyline. She’s been caught, and the evidence of her guilt seems overwhelming. The questions, though, are whether or not she’s insane, and whether the Joker forced her or brainwashed her into doing the things she did.

But as one boy goes back through her podcast episodes, we see that even prior to her experience at the TV station, she was enamored and maybe even radicalized by the Joker’s message. Was it really just a chance meeting between Punchline and the Joker? And is all this just a part of the plan?  Punchline may be way more into the Joker’s message than he is. This was a great read, that hopefully will keep getting even more interesting in the future with this very motivated character. 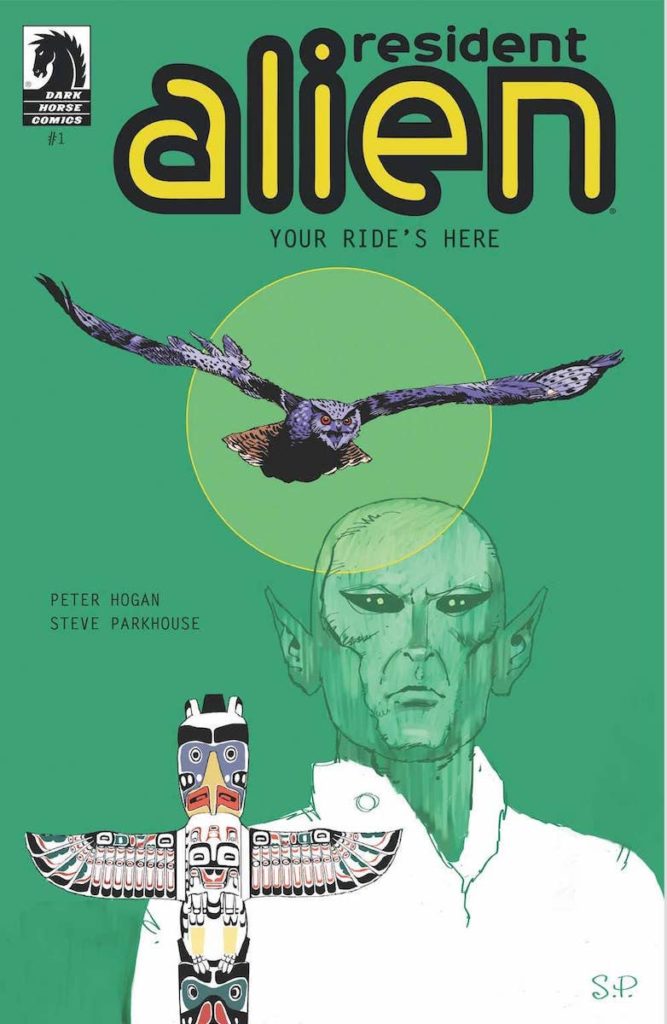 Hogan and Parkhouse’s quirky, fish-out-of-water mystery series “Resident Alien” returns with its sixth volume to date, ominously titled “Your Ride’s Here.” Issue No. 1 opens with a literal bang before diving headfirst back into the signature character-driven storytelling we have come to expect from the series. New developments include people getting married, people having babies, and people reconciling their workplace crush on a stranded space alien detective. The classic art style and concise storyboarding of “Resident Alien” will have even a first time reader curious to follow its twisted path and relate to its wide and complex cast. Resident Alien is a worthwhile slow burn of a series, so check out the previous volumes or even the new SyFy (bring back the old spelling!) series to catch yourself up.