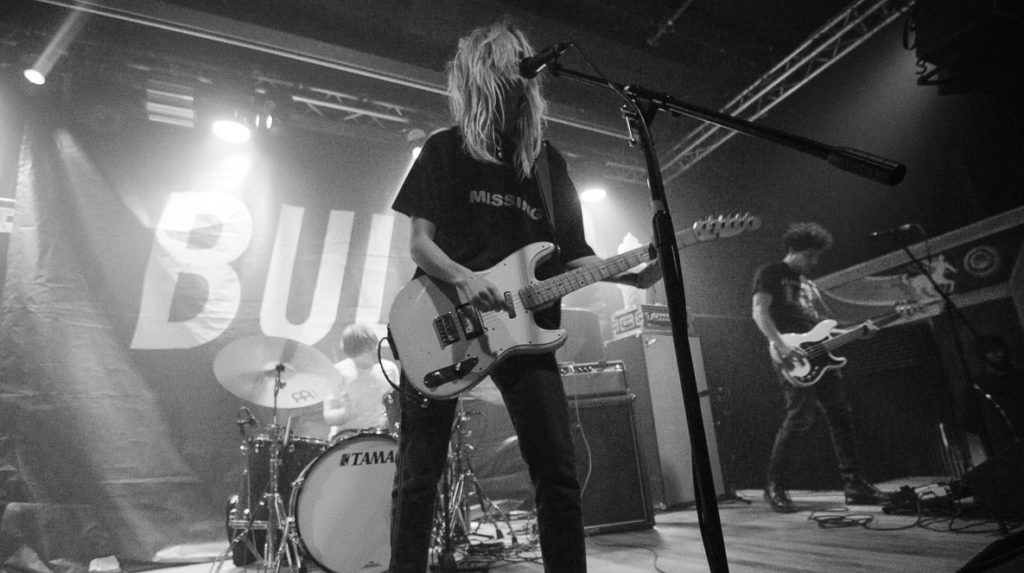 On Halloween weekend, Zanzabar hosted its first indoor event since the pandemic started. It was a socially-distanced burlesque show with around 50 people in the 400-capacity venue. Booking agent Mark Evans said it was also a trial run for indoor concerts, which Zanzabar is currently considering in the near future.

“As long as we can keep doing it where everyone feels and is safe, including the performers, and the staff,” Evans said. “We’re just taking our time and taking every step that we can to make sure it’s as safe as possible.”

As we move into the winter, COVID-19 numbers are increasing in Kentucky, and there has been no federal stimulus money directly aimed at independent music venues, so Louisville’s stages are fighting to survive. Especially as they enter their traditionally toughest season of the year. Local venues have worked on ways to slowly start rolling out concerts once again, but aid is also a must for many.

But positive developments have occurred, with the cooperative Louisville Opens Venues Safely, or LOVS, more than 10 local venues that are working together to provide unified health guidelines to host concerts. Plus, a piece of legislation, the Save Our Stages Act, pushed by the nationwide lobbying group National Independent Venue Association, or NIVA, recently reached its 200th cosponsor in Congress, among them Louisville’s U.S. Rep John Yarmuth, who is LEO’s founder.

Yarmuth said that even though there’s some momentum going for the Save Our Stages Act, it’s still tricky and will depend on how the congressional negotiations on another stimulus package go, which should occur this month as the Senate and House both reconvene.

“Particularly among urban members who realize how important that segment of the economy is for the vitality of their districts, there’s a lot of interest in that,” Yarmuth said. “I’m not sure that we would say the same thing for rural districts. I just doubt that there is. This is one of those things, in terms of whether it would be prudent in a final deal… I think it’s a coin flip at this point.”

He said that the election probably diminished the chances of the Save Our Stages Act passing, because it’s not clear where the Senate stands due to the runoffs in Georgia. Last week, U.S. Senate Majority Leader Mitch McConnell told reporters that he’s in favor of another stimulus package, but Yarmuth said that he believes the debate on what’s included will be intense. And the Save Our Stages Act could get chopped in the process.

“There are a lot of interests competing for what is probably going to be a smaller pie,” Yarmuth said. “If we would have had a much more definitive victory in the Senate and picked up House seats, I would have said, ‘Yeah, if we don’t pick it up in a lame duck package, we could come back and do it the first of the year.’”

Yarmuth said he personally thinks it’s very important that the Save Our Stages Act is included in any stimulus, in order to protect places that are unique pieces of our city’s culture.

“It’s one of things that defines our community, and gives us an identity,” Yarmuth said.

While several local indie venues are struggling to stay open, another is working toward opening. Parkland Plaza, a multi-purpose outdoor venue on Dumesnil and 28th streets, is a collaboration between The People of Parkland, Center For Neighborhoods and 1200 LLC, the latter of which is the business of Jecorey Arthur, a musician, teacher and activist who recently won the city council race for the seat of District 4.

The Parkland Plaza will be used for various events, including pop-up markets and community festivals, and music will also play a major role, making for another unique entry to the Louisville venue landscape. It was supposed to open this past summer, but because of the pandemic, the new goal is spring.

“The current dynamic of music venues is nonexistent in The West End of Louisville,” Arthur said. “You have some venues that are doing their very best to stay afloat, who are currently programming DJs, who are not necessarily fit for a full band, whether you have a jazz band or a punk band or a hip-hop artist — they aren’t necessarily fitting for you to come in and play music, especially if we’re talking about all-encompassing, family-friendly music venues. That doesn’t really exist in The West End. There’s events and festivals that pop in and out, but once this is established, we will have a space.”

Arthur is confident in the future of the venue, but he said that COVID-19 has made the process of opening difficult on multiple levels.

“It totally just shifted all of that,” Arthur said. “Not just having events, which would be wonderful, but just having days where we can go down there and work, that’s been complicated, because of the pandemic.”

The Parkland Plaza is a LOVS member, so Arthur and company have been active in talking with other local venues about the steps necessary to open in a safe manner, something that he feels optimistic about.