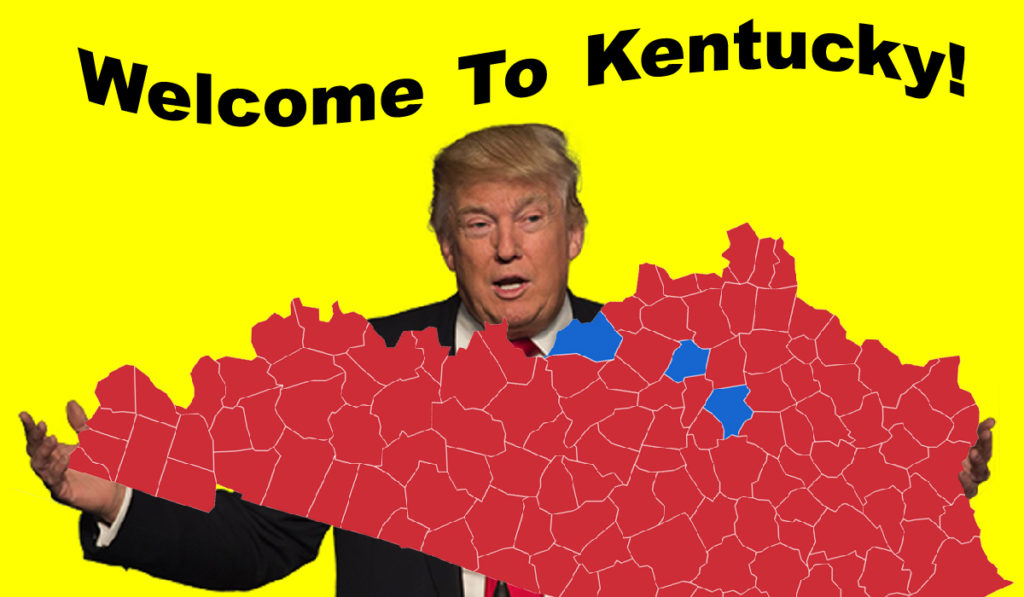 Well, that was a whoopin’.

Tuesday’s election was a political disaster for Kentucky Democrats, and it has the makings of a governing disaster for their leader, Gov. Andy Beshear. But if Republicans overreach, it could be a public-health disaster for us all.

Driven by allegiance to President Trump and a strong seventh endorsement of U.S. Sen. Mitch McConnell, voters increased Republicans’ legislative super-majorities to the point that Democrats risk the sort of minority status that Kentucky Republicans once suffered: a mere one-fourth of the House and single-digit numbers in the 38-member Senate.

Democrats didn’t just lose seats opened up by retirement of their members who didn’t like being in a powerless minority, they lost several of their incumbents and failed to oust Republican incumbents in suburban districts that Beshear had carried in his election a year ago. It was a blowout.

Voters reminded Beshear that he won mainly because they didn’t like Republican incumbent Matt Bevin, and that the controlling political figures in Kentucky are McConnell and, for the time being, the president whose outsize personality seemed to make hardly anything else matter Tuesday.

One example of that was the defeat of state Sen. Johnny Ray Turner of Prestonsburg, seat of Floyd County, which was one of Kentucky’s great Democratic strongholds from the advent of the United Mine Workers to the coming of Donald Trump.

Turner had been re-elected four times, the last two without opposition, since ousting the estimable Benny Ray Bailey in the 2000 Democratic primary. But he lost by 7 percentage points to Republican Johnnie L. Turner of Harlan, who got 6,000 votes to Johnny Ray’s 10,000 in Floyd. And it wasn’t because voters were confused about the names.

“It’s all Donald Trump,” said Prestonsburg lawyer Ned Pillersdorf, a Democrat. “You could really sense it the last two weeks, with the Trump caravans and the Confederate flags [involving] men who in a normal race wouldn’t even vote.” The winner didn’t advertise heavily, and he had a message that worked: “Pro-gun, pro-life, pro-Trump.”

Statewide, Trump didn’t run as strongly as he did in 2016, but his presidency created a political force greater than the party he hijacked, and it had coattails all over the state. It helped McConnell to a margin of more than 20 points over better-funded Amy McGrath, and the senator probably had coattails of his own, in suburbs where Trump wasn’t so strong. Nationally, Trump’s coattails apparently saved McConnell’s status as Senate majority leader, for the second time.

Trump has helped cement Kentucky’s Republican shift, initially driven mainly by social issues. The exit poll for the election showed 61% of Kentucky voters said they considered themselves to be Republicans, or leaned that way, while only 35% identified likewise as Democrats. Not so long ago, party identification was about even.

The election is already making Republicans feel their oats as they look toward limiting Beshear’s emergency powers in the General Assembly session that starts Jan. 8. Senate Majority Floor Leader Damon Thayer said on Twitter, “@GovAndyBeshear and his lockdown were on the ballot last night. Both lost. Total repudiation. Looking forward to #kyga21.”

The facts don’t support Thayer’s assertions. The exit poll found that 63% of voters approved of Beshear’s handling of the pandemic, about evenly divided between “strongly” and “somewhat.”

Republicans will say the 30% “somewhat” and the 36% who disapprove give them license to reduce the governor’s powers, perhaps even in the initial days usually devoted to reorganization. They had better be careful.

On Jan. 8, the pandemic will be far from over. If a vaccine is available then, it will likely be limited to first responders and healthcare workers, it may not be effective in much of the population, and anti-vaccine misinformation will keep some people from getting it. Some emergency powers may still be needed.

Beshear said Wednesday that he hopes legislators can “put politics and the rest aside, especially where it relates to a pandemic,” and noted that 71% in the exit poll supported his mask mandate.

He also said, “I’ve shown that I’m willing to work with anybody who’s willing to work with us,” but he apparently thinks legislative leaders aren’t willing, because he hasn’t kept them in the loop when it comes to the pandemic. Senate President Robert Stivers told me that he and other Senate leaders asked six weeks ago for a private meeting with Health Commissioner Steven Stack and haven’t even received a response.

The end of the political season should start the governing season, and Beshear needs to sit down with legislative leaders. They and McConnell, a mask promoter, could have a public event and produce a short video in which they implore Kentuckians to wear masks. The public-health season never ends, and we’re losing. Our leaders need to get together and lead.