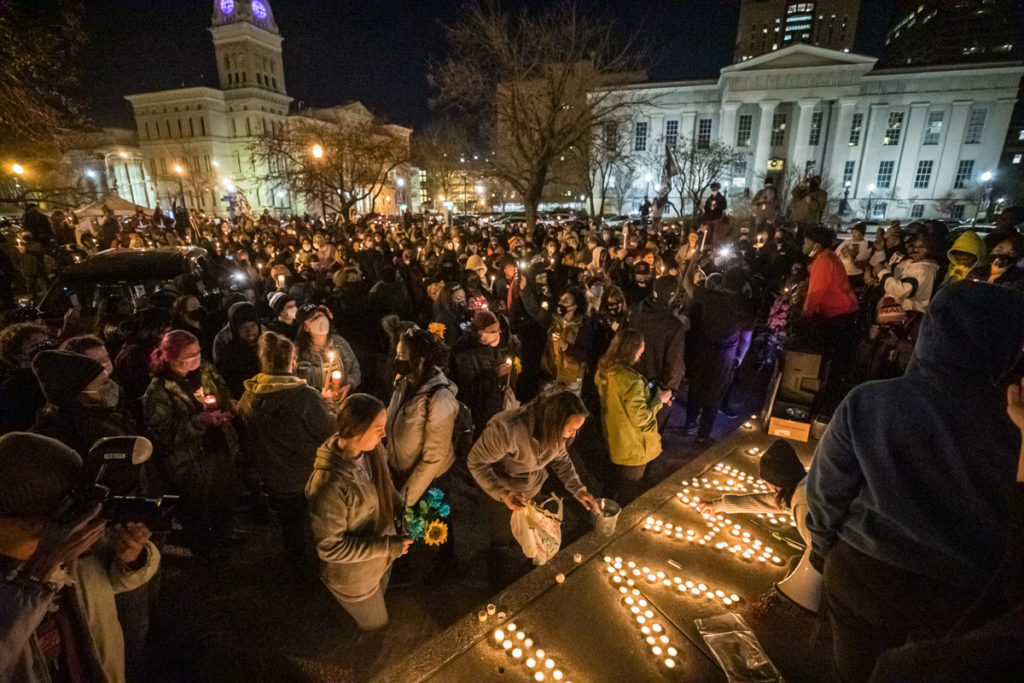 Jefferson Square Park was filled with friends, family and fellow protesters on Monday night as they came together to mourn Travis Nagdy.

Family, friends and fellow protesters gathered Monday to remember Hamza “Travis” Nagdy, 21, who was shot and killed on Crittenden Drive early Monday morning. The death of the prominent, energetic organizer and protest leader has devastated protesters who have been fighting for justice for Breonna Taylor since May 28.

At 3 p.m. Monday, the group of mourners gathered in the 2100 block of Crittenden Drive where Nagdy was shot. There, they placed flowers, signs and photos to honor him. A caravan then went downtown to Jefferson Square Park where hundreds gathered for a candlelight vigil.

Many of his friends and family members spoke to the crowd about Nagdy, emphasizing his passion and charisma in the fight against racial inequality and police violence.

Police had not identified a suspect or suspects in Nagdy’s death, The Courier Journal reported.

His sister set up a GoFundMe page to pay for a funeral: “My brother was murdered. He was only 21 years old. He was an avid activist for Black Lives Matter. He was an inspirational leader. We are poor and can not afford any money at all for his funeral. Our mother lives on disability and I just lost my job due to covid. Please. Anything helps even a share.”