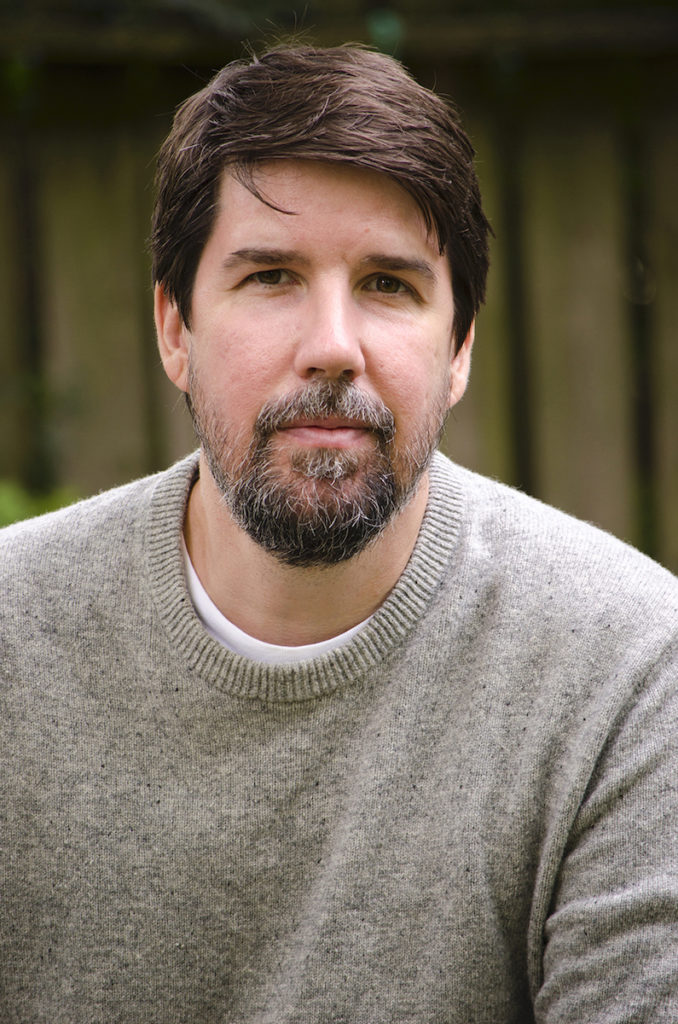 Some of the moments that change lives are sudden: a random act of violence, an unexpected reunion, a storm, a lover’s meeting. Such moments can and will throw crosswinds where there were already courses set, ambitions that had developed momentum, personal histories being taken over by inertia. But most of us look on incident versus habit and feel compelled to stir such already-changeable pots with reactionary opinions or fallback beliefs — some eye-opening, some willfully blind. UofL’s Ian Stansel (director of the Creative Writing Program) can take hold of all of these in less than two dozen pages and bring insight into entertainment.

Or is it vice versa? This is his second story collection, coming three years after his fine debut novel “The Last Cowboys of San Geronimo.” It may be an unintentional benefit for 2020, when many activities are limited, but the primary stories here keep busy. They are layered but keep their characters on the move, so don’t come here looking for drawing-room stillness.

What can be found includes specks of speculative fiction. An alternative history where John Lennon recovers from his wounds to reunite the Beatles. A near-future when utility outages are subject to foot-dragging depending on whether it’s a liberal- or conservative-leaning district. But the meat of the prose here depends on what’s brought out in characters when individual events either tear at ­— or glaringly reinforce — their perspectives, the phase of life they’re in (several are in grief) and their need to act or respond or be heard.

For instance, in reading “Someone Interesting I Know,” you’re invited for the drama (and the drama *is* good — a few stories offer nail-biting suspense), but the author’s style gradually makes clear you’re also on a garden walk. Little lessons are on display, showing how people gingerly reinforce half-truths for their own convenience or tell lies to protect the hearer’s sensibilities or time their honest revelations as if wielding the weapon to raise them above perpetual defensiveness.

The centerpiece here, “The Caller,” is keyed to melancholy, but with numerous twists. Unreliability is in plentitude, even as various parties in the plot base much of their lives on flow of information (e.g., phone-in journalism, marketing and of course social media). Some progress toward justice is sought — but it’s attitudes that drive actions — some of them drastic or violent. Matters like determining root cause, or giving thought before affecting others, aren’t high priorities.

In one of several stories making good use of music as symbol or harbinger, a character muses on his own performance history: “ … it was only a matter of time before the novelty of a new group wore off and all he could see, all he could *hear*, was the windy gap between what he’d always thought he’d wanted and the reality of what he was doing.” Small wonder that Stansel’s interviewer at this week’s online event is Craig Finn, singer-songwriter for the Hold Steady.

Occasionally, a story’s character conflicts aren’t the ideal match to the background actions. In “North Out of Houston,” dialogue about betrayals and alliances seems rushed alongside the well-constructed table-setting of a potential cataclysm playing out in slow motion. But other stories have lingering impacts.  “Coordinated Efforts” at first seems reductive — a middle-class academician and a food-industry wage earner trade self-pity stories that turn into escalating, competitive accusations. But the framing circumstances work with irony and timeliness. If not quite up to, say, Updike or Cheever, Stansel certainly gets into the league of the masterful T. Coraghessan Boyle when marooning the reader at a finely honed point to consider whether a character has learned to scratch the itches that he *can* reach. •