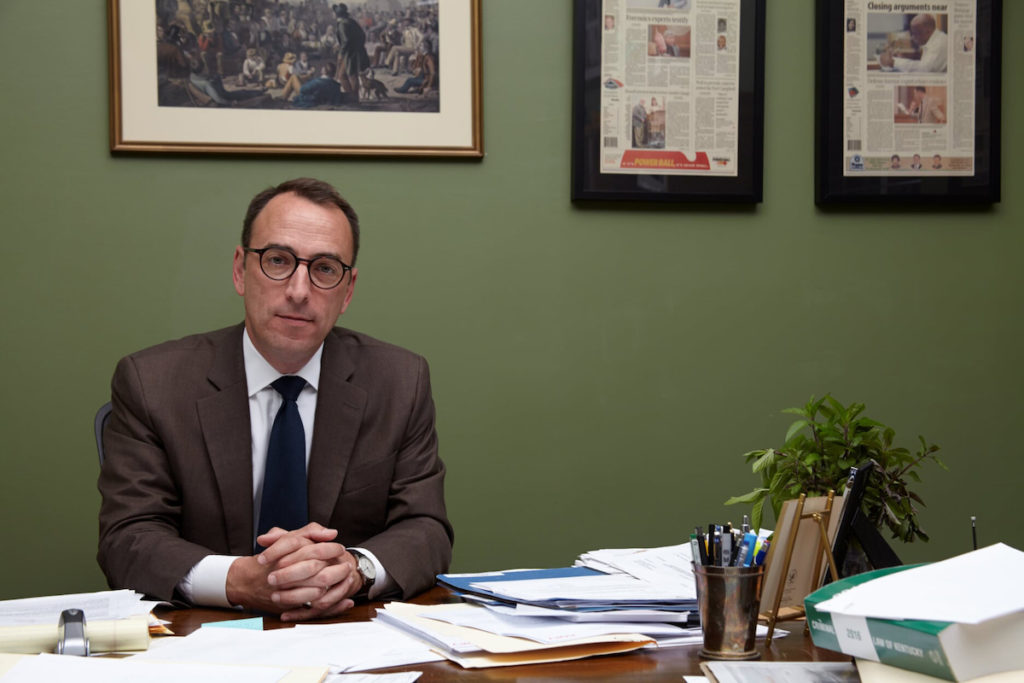 Kentucky’s courts run on faith. Citizens have to trust that the judicial system is run by people who try their best to follow the law. To keep this faith, judges, prosecutors and police must act with transparency. People deserve to see what transpires in court unless there is a very good reason for them not to. Two recent revelations significantly undermined that faith. The first involves our attorney general; the second is a procedural omission.

First: Two members of the Breonna Taylor grand jury asked the court for permission to share what happened in the proceedings. A third has also come forward. This is extraordinary.

Most people reluctantly serve as jurors and are happy when their civic duties are finished. In this case, two jurors felt so strongly that a miscarriage of justice had occurred that they asked for an exception to the rule of secrecy. When granted permission to speak, one of the jurors flatly stated that Attorney General Daniel Cameron lied to the public. If there was ever an event that could damage the public’s faith in the administration of justice, this is it.

Cameron announced on television that the grand jury was presented with homicide charges against the officers who killed Taylor. A juror said that wasn’t true — and that he and his fellow jurors were dismayed when they were denied the opportunity to consider homicide charges. These jurors believe that by coming forward they can help right a wrong. If that isn’t faith in action, I don’t know what is.

Prosecutors are charged with the impartial administration of criminal justice. Here, Kentucky’s chief prosecutor appears to have favored police officers and been less than candid about his decision-making process. An innocent woman is dead and our attorney general has misled us about the investigation.

Our commonwealth’s attorney, Tom Wine, is uniquely situated to help remedy this mess. Wine’s resume as both a judge and a prosecutor gives him the insight to see that faith in the system is being damaged by each new revelation of impropriety. He should step in and investigate this case. The citizens of Louisville have asked for and deserve nothing less.

The second revelation: Jefferson County’s judges continue to employ the same flawed warrant process that played a part in Taylor’s death. This is a more technical problem, but also significant. In collaboration with the Kentucky Center for Investigative Reporting, WDRB reported that the judges’ signatures on search warrants are illegible — and when that was brought to the judges’ attention, the chief circuit judge shrugged it off. Let’s be clear: Our elected judges, with a few notable exceptions, didn’t think citizens needed to readily know who signed the warrant allowing police to break into and search their homes.

The administrative office of the courts ultimately issued new forms with a space for judges to print their names below their signatures. But LMPD officers continue to present the old forms and some judges continue to sign them. The new form is a step in the right direction; if LMPD refuses to use it, judges should commit to legibly signing their names.

In June I wrote an essay in which I called for two modest reforms to the warrant process.

I suggested that judges be randomly assigned and that the interactions between judges and officers be recorded — just like every other aspect of the criminal court. In Jefferson County District Court last week I watched a police officer arrive in court unannounced and approach the judge to get a warrant approved. The judge turned off the recording device, a brief conversation ensued, and the judge signed the warrant. There is no record of what was said. We’ll never know what happened. That warrant was obtained just like the one that brought police to Breonna Taylor’s home.

Meanwhile regular Louisvillians continue to fight for justice in our city. For more than 150 days citizens have demanded change. They’ve been arrested, jailed, threatened and mocked by police officers. But they have endured. They have kept the faith.