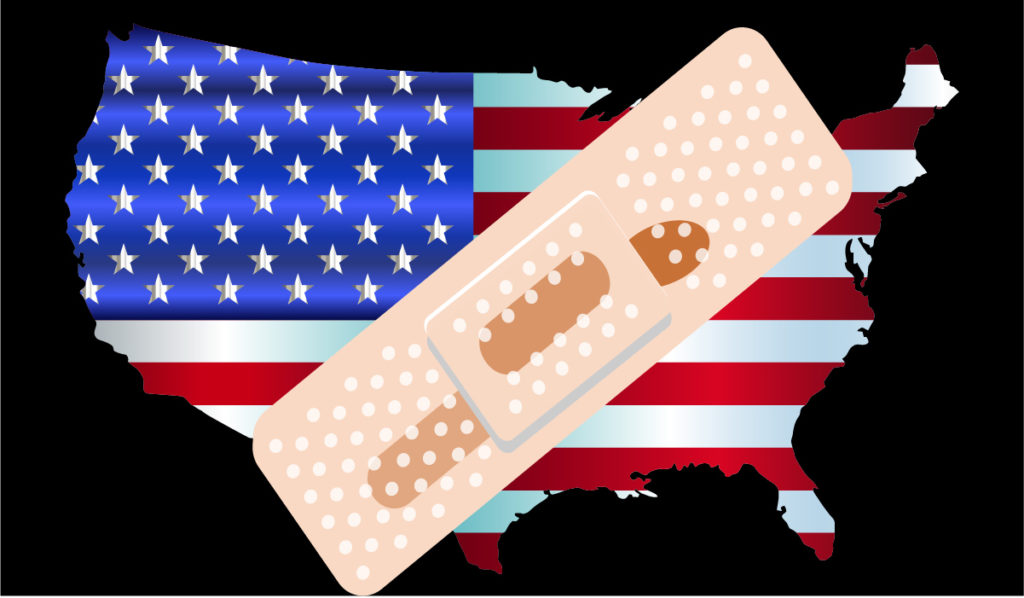 As I sat on the table at physical therapy, I recounted the numerous times I used this response in my life. If the coach or trainer asks if I’m hurt, I always responded with: “I’m good.”

Sitting on the table, waiting for the PT to return, I strangely connected that moment to where we need to be as a country — on the table, ready to put in the work to get better.

For the majority of my life (at least for seven more years this is true), I have been an athlete. I played sports at various levels and have a competitive side that is sure to annoy others. In that quest to always be the best, I adopted dangerous habits. This has continued throughout my life, and as I enter into my 30s this mindset, it can prove detrimental, at least in relation to physical activity. This was especially true as I took that first box jump of 20 and felt the pinch in my Achilles tendon.

I finished the workout. Continued for weeks to both do my personal workouts and, later in the day, the workouts with my runners at track practice. Months following that initial feeling, I refused to say anything about it, instead, I put more pressure on my other Achilles. The same mindset that was preached to me by football coaches when I separated my shoulder: “Sullivan you got two of ‘em.” I figured, what the heck, I have a second Achilles, I’m good.

I went on for a while, adopting a new way to still jump as high or try to run as fast. I compensated, more pressure on the other leg, but I could do it.

Then it happened. Teaching one of my sprinters how to explode out of starting blocks, I felt it in my Achilles then quickly up my calf. At that moment, though I didn’t share with my runner, I realized I was injured.

And this Is where we are as a country — we are injured.

For a long time, we have been injured, but collectively, instead of addressing our injuries, we did what I did and compensated. We found ways to adjust, ways to explain away.

Oh? Inequality is still rampant? Well…we had a Black president — we’re good. Oh? A Black person being treated differently by police? Well I’m sure they did something wrong, right?

For years, we have seen the signs of a broader problem. It is hard to turn on a TV or look across social media without being confronted by the injury of racism within our systems. At times we hide it well.

To hide my Achilles injury, I bought all the spandex compression sleeves I could find. I was going to compress that thing so tight that any injury would quickly be negated by numbness.

That is what America has done as well — we compressed our feelings and reality, and we went numb. For years we saw the signs and ignored them. We watched a nation turn on its head in the direction of furthered racism when this country dared to broach progress by electing a Black man as president. It became the mission of some to ensure that he failed, because as any minority or woman knows, often when they let us sneak in the door, our perceived failure is then used to block others like us from even looking in the window.

This is not a political dig either.

Actions made by both sides have further embedded racism into the fabric of our country. When these things are pointed out, they are often downplayed as not as big of a deal as we make it out to be. Or, we are told that we are playing the race card. As if we want to be treated unfairly or targeted or have worse jobs while being more qualified, if we have a job at all.

Much of the country is complicit in this cover up. We view incremental progress as achievement of the end result, instead of recognizing it for what it is, incremental.

This is especially evident and painful in January and February. Each new year begins with half-hearted tributes to Black history, spearheaded by Martin Luther King Jr. Day, which is toward the end of January. Online you see these commitments and recitation of the quotes of Dr. King and the preaching of equality. One fact, however, is often left out of the discussions about how Dr. King’s dream has been realized; he was killed for demanding the same equality back then that we are literally in the streets for today.

The leader of the nonviolent protest movement was killed for these beliefs, and we have the nerve to say we are good, nay great?

We have never been great because we have never allowed ourselves to be great. Racism is evident in healthcare disparities. Look at the maternal mortality rate. Evident in the wealth gap, incarceration disproportionality, economic opportunity, jobs, housing and houselessness, homeownership… must I go on?

Real change comes when you acknowledge that change is needed. Much like I had to finally come to terms with my Achilles as I tried to gain power out of the starting blocks, America needs to come to terms with our own injury if we want to gain any power in our democracy.

As we see our city on the TV news and the cries for some form of justice for Black people, we must address the initial injury that started this whole episode years ago.

Sitting on the table at PT, ready to begin the steps to recovery, I began to hope that we move away from my own refrain and hope one day we as a nation, as a city, as a community can honestly say,

Terrance A. Sullivan is a lawyer and executive director of the Kentucky Commission on Human Rights.