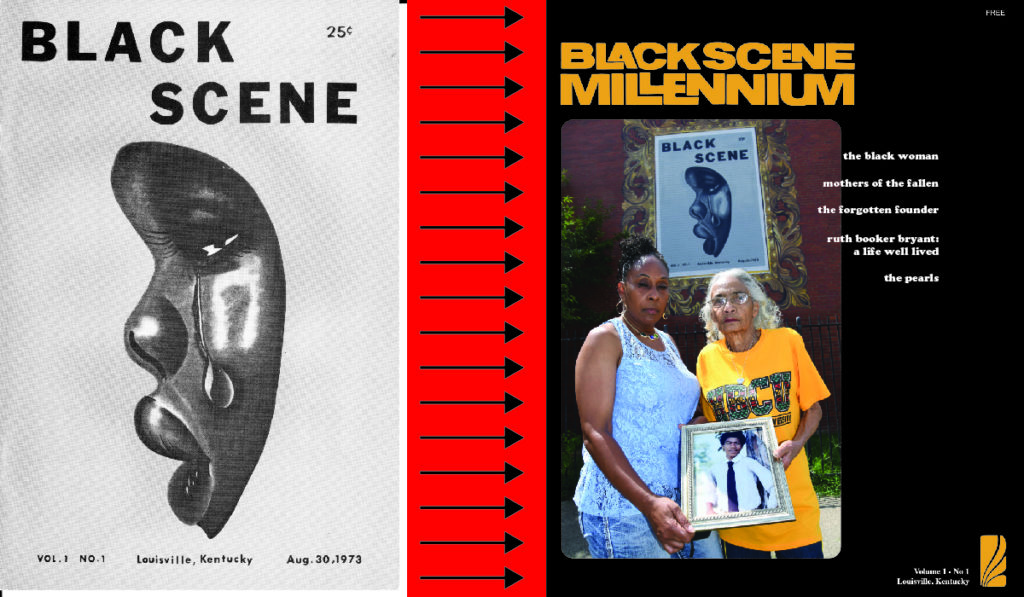 Drop the Charges Rally
Hall of Justice
Free  |  1 p.m.
Rally in support of state Rep. Attica Scott, her daughter Ashanti and the operations manager of the Louisville Bail Project Shameka Parrish-Wright — and call for the charges against them to be dropped. In Attica Scott’s arrest citation, police said that she was part of a larger group that tried to set fire to the Main Library. But, livestream footage taken by Scott shows that she and her companions were not involved with whoever threw a flare into the library’s window.

Rally in the Park with Woody Myers
Bicentennial Park, New Albany
Free  |  5-6 p.m.
Woody Myers is the Democratic candidate for Indiana governor. Myers is the former health commissioner for Indiana and is the first Black, gubernatorial nominee on a major party ticket in Kentucky. Myers will be at Bicentennial Park in New Albany with other local Democratic candidates. There will be information on absentee and early voting and yard signs.

Story + Queer Kentucky Trans Inclusive Workshop
Story Louisville
$39-$59  |  10 a.m.-noon
Learn how to make your workplace more trans inclusive by participating in his workshop. Topics include why trans-inclusivity matters, knowledge of basic terms and definitions, best practices and an introduction to micro aggressions.

You Can’t Be Neutral: White Anti-Racism Past and Present
Online
Free ($10 suggested donation)  |  Noon
It was apparent early on in the protest movement following the killings of Breonna Taylor and George Floyd that this was a moment and movement for everyone to take part in. Part of the Ali Center’s Racial Justice Series, “I Am America,” this program examines: “What does it mean to choose sides in the battle for racial equity historically and today? What kind of culture and values will help white anti-racist spaces and numbers grow? And how is liberation for all of us tied to Black Liberation?” Panelists include Carla Wallace, Shameka Parrish-Wright, Han- nah White and Dr. Cate Fosl. A link to the registration page can be found on the Facebook event page.

Fundraising Tours
Roots 101 African-American Museum
$10 per person  |  11 a.m.-noon, 2-3 p.m., 5-6 p.m.
COVID-19 has delayed the full opening of the Roots 101 African-American Museum, but the newest addition to Museum Row is open for events and — now — self-guided tours for groups of five or more. Check out the museum’s exhibit on music, its current collection of art depicting African American horsemen, and its African artifacts — and, simultaneously, help the museum open soon with your donation. “During these unprecedented times, it is more evident than ever that America sees the contributions that African Americans have made to the legacy of America,” writes the museum. The tours run through Nov. 21.

Pride Keynote: The Fight for Black Lives
Online
Free  |  7-8:30 p.m.
Members of the LGBTQ+ community have been on the front lines of Louisville’s current movement for racial justice. Some of those leaders have been poet-activist Hannah L. Drake and Keturah Herron, a policy strategist for the ACLU of Kentucky who worked on Louisville’s Breonna’s Law ordinance, as well as Talesha Wilson and Phelix Crittenden. Wilson and Crittenden are both affiliated with Black Lives Matter Louisville and are key players in the movement to diversify the NuLu commercial district. All will be at this panel discussion, which is meant to celebrate and amplify their work. Dr. Kaila Story and Jaison Gardner, hosts of the “Strange Fruit” podcast, will moderate.

Black Scene Millennium Launch
Roots 101 African-American Museum
Free  |  5-8 p.m.
The launch party for Black Scene Millennium, a revived magazine for the Black community, was delayed last week after the city blocked off large portions of downtown in preparation for the Breonna Taylor case announcement. But, after no officers were charged for killing Taylor, the publication’s theme — Black women — is more relevant than ever, as is one of its stories about the mothers of victims of police violence in Louisville. Read the magazine for the first time (and take home a free issue) at the launch party, which will also feature music from The Pearls. To prep, here is LEO’s story “The legacy and future of Black Scene, a window on Black cultural and police life in the 1970s.”