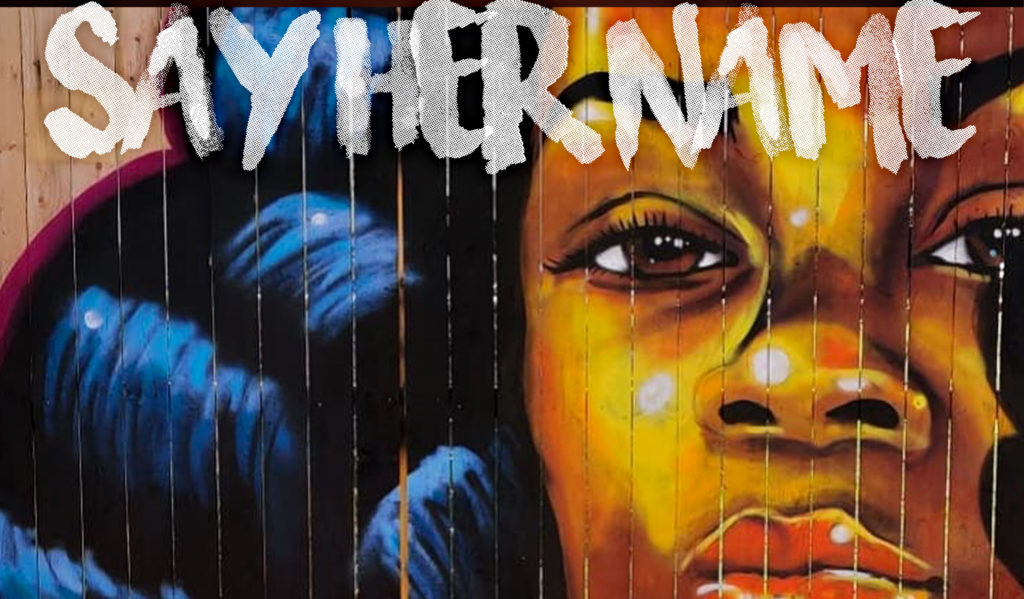 Working in the studio on his upcoming full length, My Black Amerikkka, rapper Boss Scrilla came to meet Dolla Green, a fellow emcee and mixing engineer. Moved by the death of Breonna Taylor, the two reflected on the moment before penning “Say Her Name,” a song that captures a powerful moment in Louisville and national history. The track is dedicated to Taylor’s mother, Tamika Palmer, with all proceeds going to the Louisville Urban League.

LEO Weekly: In ‘Say Her Name,’ there’s the line: ‘Until it’s justice for Breonna, you can forget about peace.’ In light of the fact that only one officer was only charged with three counts of wanton endangerment [because he shot into a neighbor’s apartment], what does justice or peace look like now? What do you think might happen next?
Boss Scrilla: Now, the energy that they built up for Breonna — she did not get any justice. The wall got justice. So, wall lives matter. Over Black lives. I mean, people are tired. Straight up. You know, my daughter’s scared for the alarm to go off. If the alarm goes off, the police are coming. What kind of way is that to live?

What do you think of someone from the Grand Jury fighting for transparency in this case?
Dolla Green: I think that says a lot, bro, because for one, that juror’s seen everything that we’re not allowed to see. For that person to stand on that and bring that to legal suit, and her wording was ‘choose truth’ — that’s heavy, bro.

The phrase from the song ‘Blue Klux Klan’ is powerful. Given the bluntness of that statement, to your mind, are there ‘good cops’?
BS: A police officer’s job is to stop crime and arrest criminals, right? If he has criminals that he knows is right in front of him, in the station with him? Shouldn’t he start there? So, how good are you? To know that you’ve got murderers and abusers and law breakers right there with you, and because of some blue code, you won’t do anything still. So, am I supposed to say you’re still a good cop? Because a good cop is a cop that does his job, right? Wouldn’t that make him a good cop? Are they good cops? Of course. There have to be good cops. Yes, there’s cops, but are they doing a good job? How are they doing their job?

After everything this summer, do you trust the police?
BS: It’s cop culture. It’s not the individual cop itself. It’s cop culture that I don’t trust. Even if they’re wrong, they’re going to protect each other. No, the blue lives, the blue code. If they have a blue code and no matter what one of them do, the other one rides for them or dies for them and take it to the grave and won’t tell on each other, won’t testify against each other. And everybody knows it. I mean, it’s in movies, on TV.

Have you all been to any of the protests? What was your experience like?
BS: I go up to support the people, man, and to go check it out, because I want to see things from a real point of view. Honestly, I don’t want the news to tell me. I don’t want to look on my Black media sites and see what it is. I actually want to be there to experience myself. So, yeah, I’ve been there. Now, my view on the whole situation is just a little slightly different. I have a little bit more experience than, I’ve done lived in bigger city, and I’ve been involved in a lot of police brutality against me myself. As you hear in the song, I’ve been slammed to the ground. They kicked in my door, you know, and then, even though they’re wrong, it’s nothing. It’s just like, ‘Oh, we’re sorry.’ And that’s it. I’m lucky to still be alive.

What kind of action do you hope your fans take?
BS: The main thing, man, we dedicated this song to her mother. This song is for a mother, right? We would like for everybody who’s been out there protesting and everybody’s who’s been working hard to help keep her mother up and to help justice to be served, who feels like justice has not been served: Hey, play our song. Listen to it. If nothing else, continue to say her name. That’s what we’re trying to get across. I don’t feel like justice has been served. There has to be something.

You can listen to “Say Her Name” on most streaming platforms. Watch for the release of My Black Amerikkka, as well as the upcoming Dolla Green EP, Face Off.