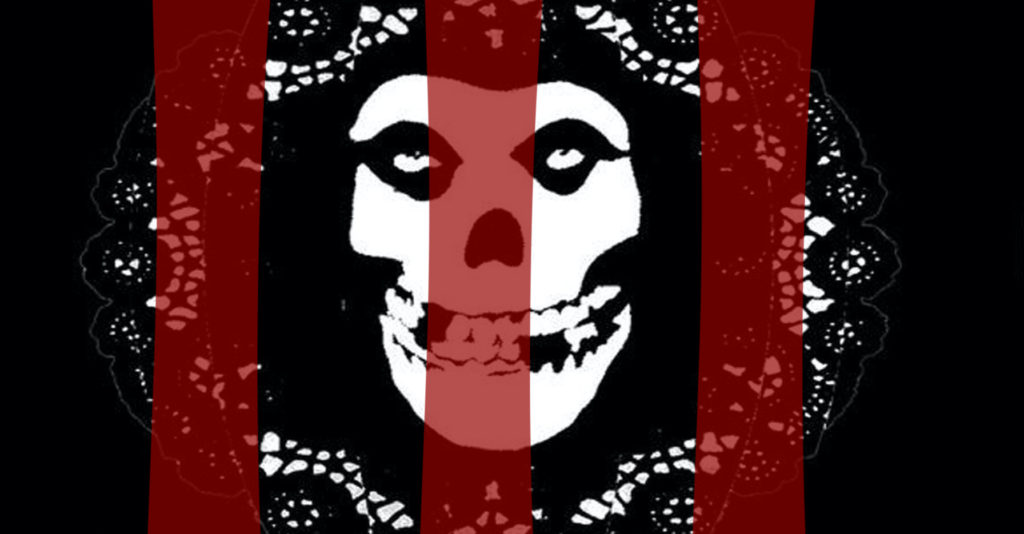 Louisville Is For Lovers has released the third installment of Louisville Babylon, a once-every-13-years compilation of local artists covering songs by the Misfits. We asked a few of the musicians featured on the comp to break down their songs.

Drift City — ‘She’
“I chose this song partly because it packs such a punch of heavy hooks in a short burst of time, and the narrative of the story. Both known and unknown parts of the story allow the listener’s imagination to fill in the rest. Working during the quarantine, besides giving me something productive to focus on, allowed me to re-sharpen my production skills. For this, I was quite pleased and grateful.” — J. Rivers

Season of the Witch — ‘Bloodfeast’
“Season of the Witch has always written songs about old-school horror movies and true-to-life horrors. We accent the music with gore makeup and costumes for our live performances. The Misfits did this back in the late ‘70s / early ‘80s. They were pioneers of the genre, one which we are trying to keep alive. We chose the song “Bloodfeast.” A great song, and we’re all fans of the film. We’re currently a three-piece band, with two members in Louisville, and one in Cincinnati. With the COVID shutdown, we sent our drum and guitar tracks to our bassist/vocalist in Cincinnati to record his parts. He sent them back and we mixed the track at our practice space. Fangs to John King and all of the others bands involved with this project. Was a lot of fun and great to focus on in this strange time in history.” —Jared Glenn Goacher

Cobra Jet — ‘We Are 138’
My wife Natalie and I recorded a number of songs this spring during the early days of quarantine, ranging from bluegrass to the hard rock of Cobra Jet. We had previously recorded all our Planetary Overdrive albums at home, so this was no different, although due to contact limiting I played the drums. ‘We Are 138’ is actually one of the first songs I ever learned on guitar when I was first starting out in the late ‘90s, so I thought it was the perfect choice for us on this compilation. It’s always a blast working with John [King], and we were thrilled to be a part of it. We enjoy the mystery of the numbers, the sci-fi imagery of the lyrics and getting a chance to bust out at full speed!” —Daniel Sturdevant

Prayer Line — ‘The Crawling Eye’
“We wanted to cover a Graves-era Misfits song because we love the music, but Michael Graves is trashy dogshit. So here is a version of ‘The Crawling Eye’ that you can listen to without thinking about that asshole.” —Jake Hellman

Tender Mercy — ‘Where Eagles Dare’
“What are the chances that two of my all time favorite bands write incredible songs with the exact same title? I hope Louisville Is For Lovers decides to do an Iron Maiden covers album next so I can cover theirs!” —Mark Kramer

Hawks — ‘American Nightmare’
“We’re more of an old-school rock-and-roll band, so when it was time to pick a song, I went with ‘American Nightmare.’ It’s kind of a misfit in the Misfits catalog in that it’s less punk and more rockabilly, but it was a perfect fit for Hawks. The title also seemed relevant, unfortunately. To track the song at a distance, I recorded the rhythm guitar and vocals to a click and shared that with the band. It took a while for everyone to record their parts, as we don’t all have our own equipment. But when it all came together, it had that perfect lo-fi, vintage recording kind of vibe.” —Danny Cash

Jessica Bailiff & John King — ‘Hybrid Moments’
“My new friend, John King, sent an invitation to add to a recording he’d made of ‘Hybrid Moments,’ which was already gorgeous on its own — beautiful voice and perfectly elemental guitar. It needed nothing else, but it was super fun to add a couple of parts, and to get to know him better along the way.” —Jessica Bailiff

Pardieu — ‘London Dungeon’
“‘London Dungeon’ is a perfect song for 2020. As a people, we continually find ourselves stuck, trapped, locked up by race, society, politics… forgetting that the cure for these perceived inadequacies exist within us.” —Brian Walter