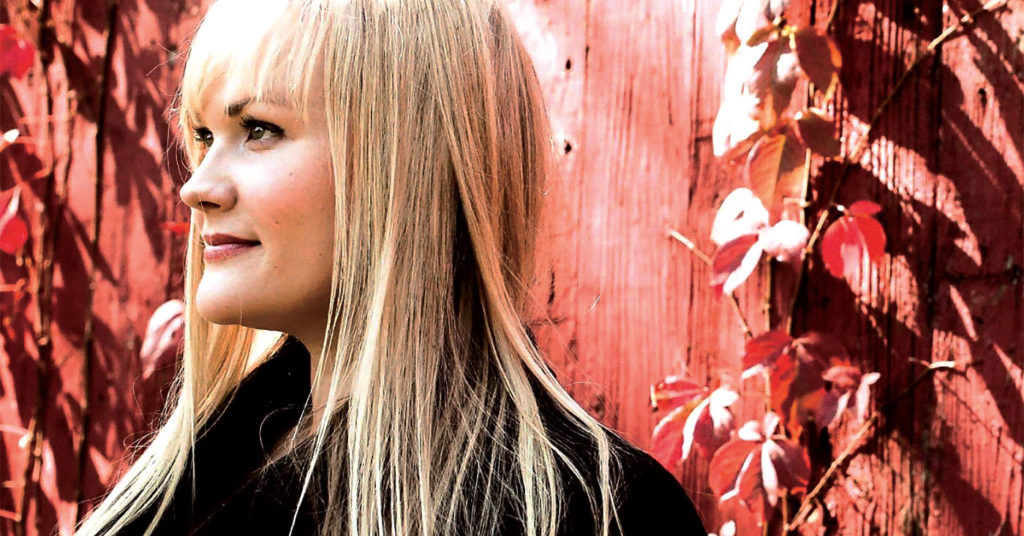 There are a lot of different emotions floating around this playlist of local songs, which have all been released in the last month or so. Probably because we live in a time that evokes a fair share of various feelings. In the following songs there’s optimism and despair, love and worry, one song that has a not-a-care-in-the-world vibe, another that runs on crushing doom. As always, we’re looking at a variety of genres, because this scene is packed with diverse talent. Give the following songs a spin.

‘For You’ — Carly Johnson ft. Bonnie ‘Prince’ Billy
Two of Louisville’s most notable singers teamed up for this duet, a song about finding love through patience. The slow-moving piece of lounge jazz is an easy listener that holds heavier topics, thematically focusing on earning happiness the hard way, through sticking by people through the tough times. In the chorus, there’s that passion and spark that define so many love songs, but the verses are filled with nuanced scenes from a complicated relationship. It has the heart of a pop song and the depth of a folk song, neatly pressed into something vivid and catchy.

‘City on Fire’ — Dom B
Dom B’s “City on Fire” was inspired by the bravery of the protests — people speaking out for what they believe in for such a long time, staying focused and zoned in on finding a better, more just system. It’s a statement on a broken city government, one that’s contributed to social injustice. But Dom himself said it best about “City On Fire” for a previous article: “You may say the ‘city is on fire,’ it’s going to crap, it’s a negative thing, but no, the city is on fire because our hearts are coming together for Breonna, and anybody who’s had injustice, because this is happening currently across the nation. Yeah, the city is on fire. They’re fired up. They’re angry. They’re aware.”

‘Sui Generis’ — All Glass
Sui generis roughly translates to mean unique, and the band All Glass certainly fits that description, carrying a layered and angular post-rock sound. And that is on full display on the song “Sui Generis,” a haunting and spectacularly built track that combines the dramatic range of singer-songwriter Zack Stefanksi with indie veterans — drumming from Guy Kelly and the guitars and synths of Syd Bishop (who is also a LEO contributor). The end result is a rich, texture-driven experimentation that turns experience and multiple personalities into something singular.

‘You And Me’ — Otis Junior and Dr. Dundiff ft. J.Lamotta
A few years back, the velvet-voiced singer Otis Junior and the idiosyncratic producer Dr. Dundiff teamed up, forming a R&B duo that put a modern spin on classic sounds. And it put them on the national radar. Now they’re back with “You And Me,” and they’re continuing to evolve. Featuring quick, hip-hop-inspired drums and breezy flourishes from other instruments, with the euphoric vocals from Otis and guest singer J.Lamotta, the song sees them all in top form. There aren’t many singers out there who can go toe-to-toe with Otis, but Lamotta can. They have powerful individual moments. They perfectly harmonize. And they broke the code to getting the most out of everyone’s talent, all three of them being equally as important to the track.

‘Situations’ — Wombo
On “Situations,” the experimental and psychedelic trio Wombo turns simplicity into pure creative prowess. The lyrics are straightforward, with singer/bassist Sydney Chadwick delivering a predictably solid vocal performance and a bass line that burns into your brain, while guitarist Cameron Lowe fills in the lines with splashes of post-punk and drummer Joel Taylor is the glue that holds it all together. At just under two minutes, it’s a winding, quick-hitting song that does a lot with very little time. Wombo mixes eccentric qualities with a pop backbone, which makes them sound unlike anything else and hard to categorize, while still making accessible music that never goes too far over the edge of strange.

‘The Holy Fire’ — Wax Fang
Wax Fang has always been at their best when they create something vast and sweeping, emotional roller coasters anchored by singer Scott Carney’s bold and sharp vocals. On “The Holy Fire,” Wax Fang is joined by members of the Louisville Orchestra, and the strings up the stakes on a sharp, robust song that calls for change and holds hope but is clear that we’re standing in a moment that is a catalyst. The song repeats that “love always wins,” but it also expresses the urgency to cut a path toward progress before we get swallowed by our sins.

‘Slippery Slope’ — DE4THRACE
DE4THRACE’s “Slippery Slope” is an instrumental track that seems to comment on an ominous present and a potentially bleak future. The new project from Mark Palgy (VHS or Beta, Jake Shears, Eye Contakt) builds dark and twisted psychedelic soundscapes, and, with “Slippery Slope,” the drums march to a harrowing beat as ambient sounds scream in the background. It carries the tone of an existential horror film, the kind where there are no supernatural monsters, because us humans have the whole being evil thing covered just fine.