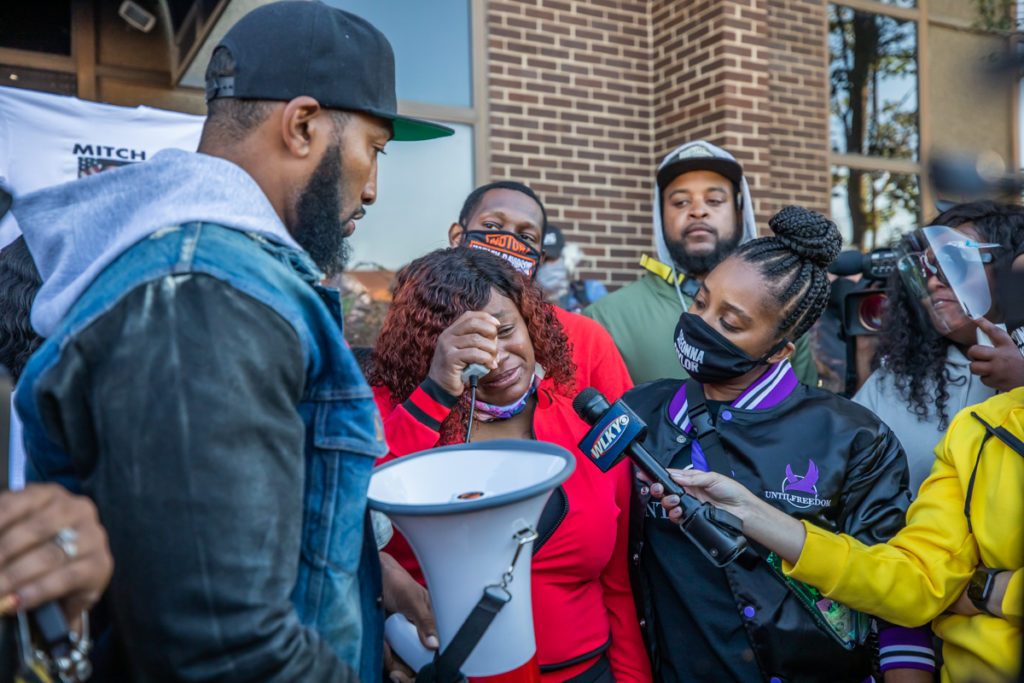 Breonna Taylor's mother Tamika Palmer spoke to protesters at the rally outside of the Kentucky Attorney General's office on Friday.

As Louisville and nation await word from state Attorney General Daniel Cameron on whether police responsible for Breonna Taylor’s death will be charged, protesters kept up pressure Friday.

Protesters in the “Arrest The Cops” rally met outside of his office on Whittington Parkway, led by the family of Breonna Taylor and the New York-based social justice organization Until Freedom.

“Daniel, just do your job,” Taylor’s mother, Tamika Palmer, told protesters at the rally. “It’s that simple. It was that simple six months ago.”

After several people spoke in front of Cameron’s office, the protesters marched down Shelbyville Road where they were met by Louisville police, who said they had to get out of the road. The group made its way back to the attorney general’s office where protesters continued to chant “Say Her Name” and “Daniel Cameron do your job.”