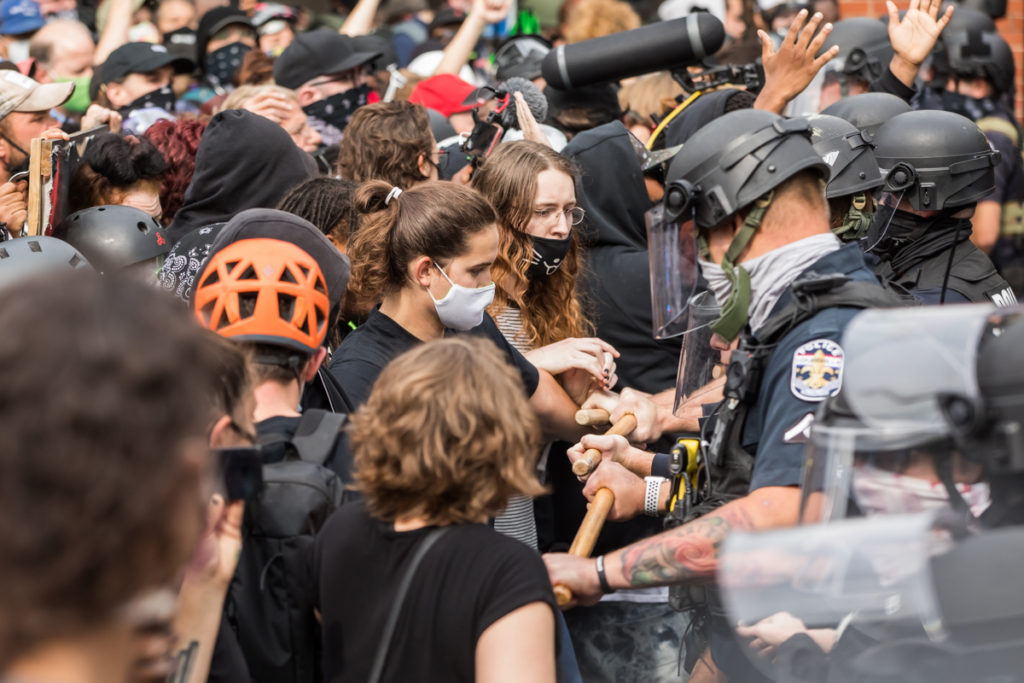 Officers used batons to push back protesters on Bardstown Road.

After a grand jury indicted a single officer on three charges of wanton endangerment in the Breonna Taylor case on Wednesday, protesters began marching from Jefferson Square Park in the early afternoon.

The crowd of hundreds reached The Highlands, heading down Bardstown Road, before the police cut them off just before Eastern Parkway.

The police then formed another line behind the protesters, corralling them into a space of about two blocks, which served to funnel most people into the side streets.

Police clashed with protesters and tear gas was fired. At least 13 people were arrested, after which the majority of protesters marched peacefully went back downtown to Jefferson Square Park.

See photos by LEO photographer Kathryn Harrington of The Highlands protest and arrests.