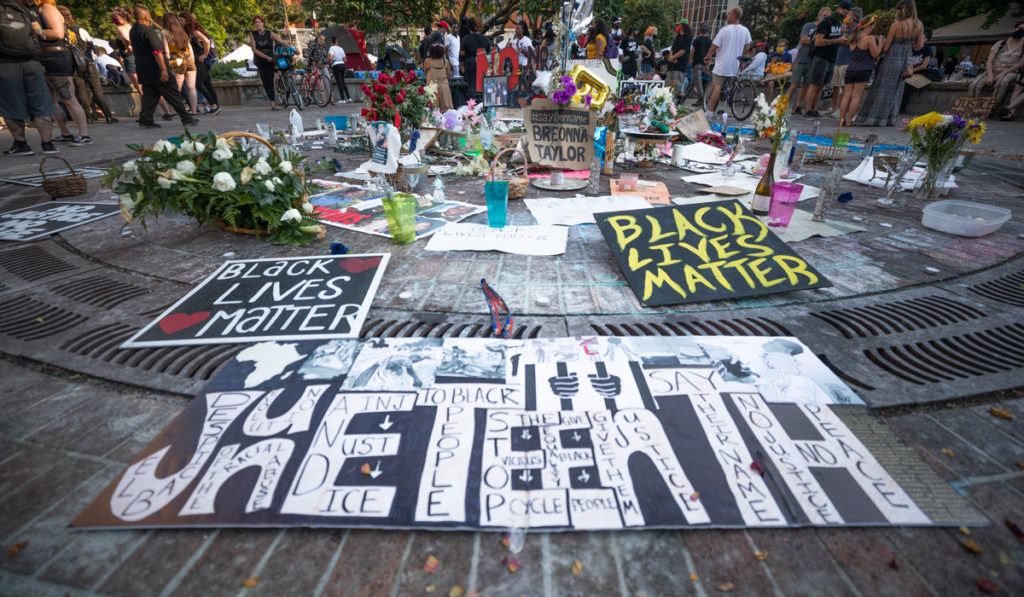 Former Louisville police Officer Brett Hankison is charged with three counts of wanton endangerment for firing wildly from an outside patio window, breaching a neighboring apartment. None of the other two who fired into her apartment were charged, and Hankison’s charge is not related to her death.

Her next-door neighbors, whose apartments were pierced by Hankison’s bullets, got justice — but Breonna did not.

While Hankison is the only one charged, he is not merely a fall guy.

Attorney General Daniel Cameron implied that ballistics did not tie Hankison to Breonna Taylor’s death — but did not state flatly that none of his rounds hit her. By any standard, Hankison’s actions appear to have wantonly disregarded human life, and one wonders what Cameron would done if FBI ballistics evidence had clearly determined Hankison had shot Taylor.

Cameron and his prosecutors presenting to the grand jury did not appear to have pushed any charges against officers Jonathan Mattingly, who entered the apartment first and was wounded, and Myles Cosgrove who fired 16 times from the doorway, with one of his shots determined to be one that killed Taylor (according to the FBI ballistics report).

“The use of force by Mattingly and Cosgrove was justified to protect themselves, “ Cameron said flatly.

Making the defense’s case stronger, Cameron noted that a conflict between the federal crime lab and state crime lab (which declared ballistics evidence inconclusive) had muddied the case.

In many ways, the criminal law is doomed to fail in cases like this. Police legally provoke dangerous situations and use the chaos they create to escape criminal liability. This is not a bug; it’s a feature of the American criminal “justice” system.

What does the full FBI ballistics report say?

Are Hankison’s shots all accounted for?

Does the evidence prove that Cosgrove had a good view of the apartment and “was justified” in shooting “to protect” himself or Mattingly?

Did the AG’s prosecutors present any case to the grand jury regarding Cosgrove or Mattingly?

There is no justice for Breonna today. We can now only seek the truth, at least here in Kentucky.